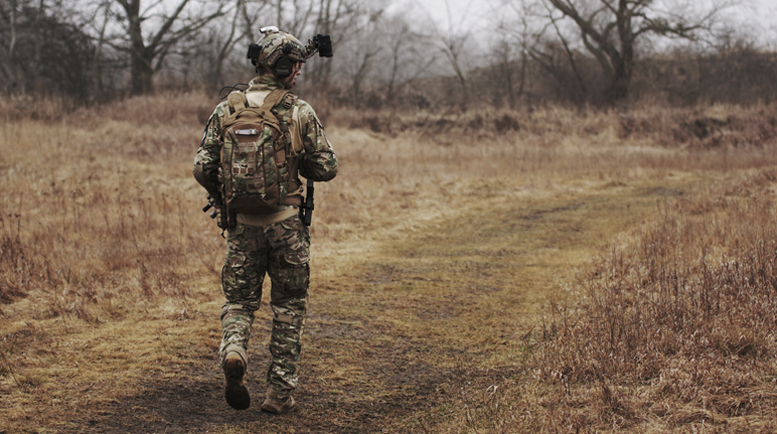 Today, the Supreme Court conservative majority Justices lifted nationwide injunctions allowing the Trump administration’s implementation of the transgender military ban, while it also decided to permit legal cases challenging it to proceed in the lower courts.

“In declining to hear these cases, the Supreme Court saw through the administration’s contrived efforts to gin up a national crisis.” said GLAD Transgender Rights Project Director Jennifer Levi. “Unfortunately, the Court’s stay of the lower courts’ preliminary orders means that courageous transgender service members will face discharges while challenges to the ban go forward. The Trump administration’s cruel obsession with ridding our military of dedicated and capable service members because they happen to be transgender defies reason and cannot survive legal review.”

Today’s decision means trans recruits will likely be forbidden from entering the military while a final ruling on their service is decided, according to the Advocate.

“For the past two-and-a-half years, thousands of qualified, transgender individuals have made our nation’s armed forces better, in every measurable quality, with their authentic service,” said Andy Blevins, OutServe-SLDN Executive Director, in a statement. The Court’s decision to allow the Trump-Pence Administration to institute their wanting and discriminatory practices while the litigation proceeds is disappointing — our siblings-in-arms deserve better. We look forward to continuing our representation of these proud and selfless patriots, and reminding this Administration that military policy cannot be defined by baseless and discriminatory rationalizations.”

Lambda Legal Counsel Peter Renn said to the Washington Post that the Supreme Court’s decision was “perplexing to say the least: on the one hand, denying the Trump administration’s premature request for review of lower court rulings before appellate courts have ruled and rebuffing the administration’s attempt to skirt established rules; and yet on the other [hand] allowing the administration to begin to discriminate, at least for now, as the litigation plays out. For more than 30 months, transgender troops have been serving our country openly with valor and distinction, but now the rug has been ripped out from under them, once again.”

According to Aaron Belkin, director of the Palm Center, a research and advocacy group that focuses on sexuality and the military, the military officials preserve their prudence over personnel policies.

“While it is unfortunate that the Supreme Court has allowed military discrimination to be reinstated, it’s critical to understand that the military is not required, and has no need, to reinstate the transgender ban, which would cause destabilizing whipsaws in personnel policy,” Mr. Belkin said to the New York Times. “The Defense Department should not reinstate the transgender ban because it would undermine readiness, cause significant disruptions and uncertainty, deprive the military of much-needed talent, and wreak havoc with the lives and careers of the 14,700 transgender troops bravely protecting our nation’s security.”

“Thousands of brave transgender troops around the world are currently serving our nation with honor,“ said Rick Zbur, Executive Director at Equality California, which brought Stockman v. Trump on behalf of its members. “Their patriotism and sacrifice should be celebrated, not cruelly dismissed by a president who clearly cares more about delivering on campaign promises than he does about our national security.”

But, most transgender people, according to CNN, are now disqualified from military service except:

In addition, the Defense Department can issue waivers on a case-by-case basis. The policy also states that transgender persons serving, who require gender affirmation surgery or hormonal treatment during their service, would be disqualified due to their inability to be deployed for a period longer than 12 months.

A Pentagon statement released after the Supreme Court action seeks to clarify that its policy is not a ban on all transgender persons from the military.

“As always, we treat all transgender persons with respect and dignity. (The Department of Defense’s) proposed policy is NOT a ban on service by transgender persons. It is critical that DoD be permitted to implement personnel policies that it determines are necessary to ensure the most lethal and combat effective fighting force in the world” Lt. Col. Carla Gleason, a Pentagon spokesperson, told CNN.

Plaintiffs challenging the ban include transgender men and women serving in all branches of the military, including some who have completed multiple deployments overseas. Plaintiffs also include service academy and ROTC members, as well as individuals seeking to enlist.

President Trump first announced that he was banning military service by transgender people in July 2017, without consultation with military leadership. Before Trump ordered the ban, transgender people were permitted to serve under a policy that has now been in place for more than two and a half years.

NCLR and GLAD have been at the center of the legal fight challenging the Trump transgender military ban since filing Doe v. Trump, the first of four cases filed against the ban, on August 9, 2017.

For more information, go to NCLR and GLAD’s website outlining the history and status of the Trump-Pence transgender military ban https://notransmilitaryban.org/.