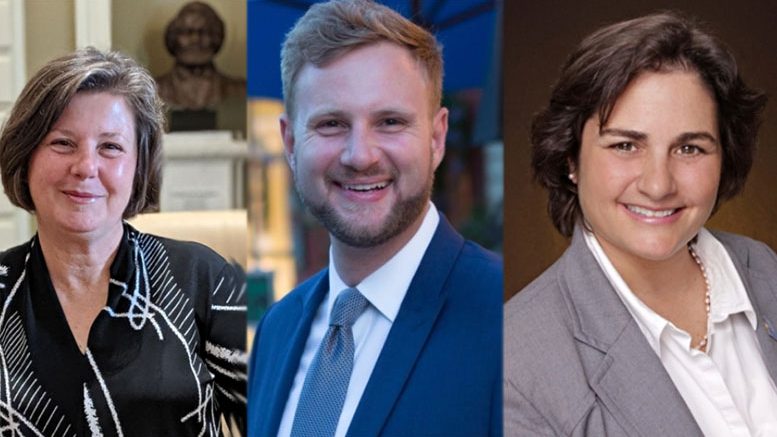 Live Tracking Results for 310 Victory Fund Endorsed Candidates; More LGBTQ candidates ran in 2020 than at any other time in history; A Historical Election Night Full Of Hope For So Many

Washington, DC—Today LGBTQ Victory Fund shared eight LGBTQ Election Night stories to watch and announced it will live track results for its 310 LGBTQ endorsed candidates on Election Night. Victory Fund will provide live updates on the state of the races at victoryfund.org/results2020 as well as an overview of how LGBTQ candidates are faring nationwide.

In 2020, a record-breaking 1,006 openly LGBTQ candidates ran for office and more than 570 will appear on the ballot on November 3—the most ever. Victory Fund also endorsed more LGBTQ candidates in 2020 than at any time in its 29-year history. You can view the demographics of 2020 candidates and learn about the candidates poised to make history on its website.

Below are eight LGBTQ storylines to watch on Election Night:

Mondaire Jones (NY-17) and New York City Councilmember Ritchie Torres (NY-15) are almost certain to win and become the first out Black LGBTQ members of Congress (Torres identifies as Afro-Latinx). Pat Hackett (IN-2), Jon Hoadley (MI-6), and Gina Ortiz Jones (TX-23) are in “red to blue” districts and all would become the first openly LGBTQ people elected to Congress from their respective states. Tracy Mitrano (NY-23) is also running in a “red to blue” district. Beth Doglio (WA-10) and Georgette Gomez (CA-53) are running against fellow Democrats for seats in which incumbents decided not to seek reelection. Jones would be the first openly LGBTQ Filipina and Gomez the first openly LGBTQ Latina elected to Congress. 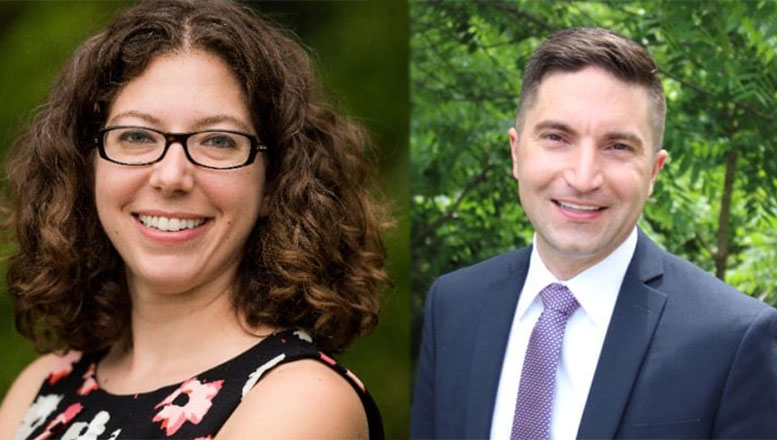 Five states have never elected an openly LGBTQ state legislator – Alaska, Delaware, Louisiana, Mississippi and Tennessee. Yet LGBTQ state legislative candidates are on the ballot in three of those states next Tuesday: Lyn Franks (HD-15) in Alaska, Sarah McBride (SD-1), and Eric Morrison (HD-27) in Delaware, and Torrey Harris (HD-90) and Brandon Thomas (HD-49) in Tennessee.

Additionally, Louise Snodgrass, running for the South Dakota state House (HD-7), would become the first openly genderqueer person ever elected to a state legislature in the U.S. And Joshua Query, running for reelection to the New Hampshire State House (HD-16), will become the first openly gender non-conforming person elected to a state legislature. Query did not run openly as gender non-conforming when they first won in 2018.

Sixty LGBTQ people of color endorsed by Victory Fund are on the ballot in state legislative races next Tuesday, including 31 who are non-incumbents. With just 42 openly LGBTQ state legislators of color currently serving anywhere in the country, there is an opportunity to increase this number dramatically on Election Night. Among them are candidates running to be the first out LGBTQ people in their state legislatures or chambers.

Ten openly LGBTQ state legislative candidates endorsed by Victory Fund are on the ballot in Texas next Tuesday—and whether they succeed may determine whether the Texas state House turns blue for the first time since 2002.

Five of the LGBTQ candidates are non-incumbents running for “red to blue” seats. Democrats need to flip nine seats to take control of the state House and four of the non-incumbent LGBTQ candidates are in seats targeted as the most likely to flip: Eric Holguin (HD-32), Ann Johnson (HD-134), Eliz Markowitz (HD-28), and Lorenzo Sanchez (HD-67). The fifth non-incumbent, Madeline Eden (HD-17), would become the first out trans person ever elected to the Texas state legislature. Additionally, incumbent and out bisexual state Rep. Erin Zwiener (HD-45) is considered a top target for Republicans.

LGBTQ candidates can also play a role in flipping the lower chambers in Florida, Michigan, North Carolina, and Pennsylvania.

Five states have an opportunity to elect state legislators who identify as gay, lesbian, bisexual, and transgender: Colorado, Kansas, New Hampshire, Texas, and Wisconsin. Never has a state legislature had representatives from all four of those sexual orientations and gender identities at the same time.

LGBTQ candidates are facing more frequent and more blatant anti-LGBTQ campaign attacks than they have in any of the past three election cycles. The National Republican Campaign Committee launched anti-LGBTQ TV ads and strategies targeting Congressional candidates Jon Hoadley (MI-6) and Gina Ortiz Jones (TX-23). San Diego mayoral candidate Todd Gloria and North Carolina Commissioner of Agriculture candidate Jenna Wadsworth were the targets of anti-LGBTQ attacks by right-wing media and social media trolls. Incumbent Colorado state Representative Brianna Titone was targeted with digital ads that misgendered her and used her dead name. And more than a dozen other candidates faced anti-LGBTQ attacks in the final months of their campaigns.

Polls show all the candidates above in tight races, making the Election Night outcomes a partial referendum on whether anti-LGBTQ tactics are viewed as successful.

You can view all 310 candidates endorsed by Victory Fund at victoryfund.org/ourcandidates.