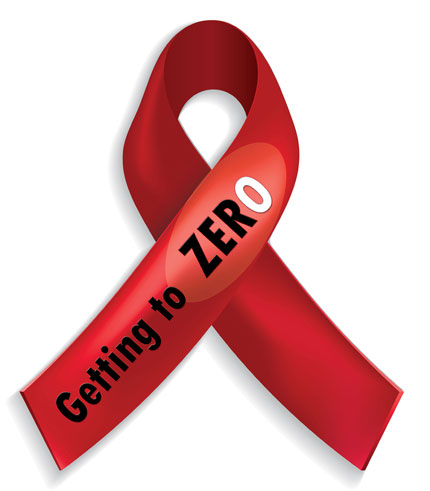 BOSTON, Mass.— On World AIDS Day, Tuesday, Dec. 1, AIDS Action Committee of Massachusetts (AAC) will announce the formation of the Getting to Zero Coalition, a consortium of 20 HIV/AIDS service providers (see list below) and organizations that will advocate for a coordinated strategy by the state to drive rates of HIV transmission down to zero new infections. The public announcement will take place in Nurse’s Hall at the State House from 2-4 p.m. on Dec. 1.

“In Massachusetts right now, we have every medical and scientific tool necessary to test people on demand, treat everyone living with HIV, and see the end of HIV transmissions,” said AAC Executive Director Carl Sciortino. “What’s missing is the political muscle necessary to implement a coordinated, aggressive strategy to get us to where there are no new diagnoses of HIV in the Commonwealth. We can absolutely create a generation with zero transmission of HIV with a meaningful partnership between HIV healthcare and service providers and elected officials and health departments statewide.”

The Getting to Zero Coalition was inspired by campaigns in New York State, San Francisco, and Washington State that have seen advocacy communities collaborating with legislators and public policy makers to establish and implement a high-impact plan of attack that has proven to dramatically reduce new HIV infections: strategic uptake of the daily pill known as PrEP (pre-exposure prophylaxis) by those who are most vulnerable to HIV infection; increased testing of populations with high rates of new diagnoses; and a focus on connecting newly diagnosed patients with treatment and ensuring they remain in care. San Francisco, for example, has seen an 18 percent reduction in new HIV infections after just one year of its Getting to Zero San Francisco initiative.

The need for a concerted statewide plan of action in Massachusetts stems from its unique distribution of new HIV infections, which is more geographically diffuse than that of other states, where the epicenters of transmission are frequently large metropolitan areas such as Miami, New York City, and San Francisco. In Massachusetts, Boston accounts for just 24 percent of new diagnoses statewide.

“No single city, neighborhood, HIV service organization, or healthcare provider in the Commonwealth can significantly reduce infections in isolation,” said Ken Mayer, MD, Co-Chair and Medical Research Director of The Fenway Institute at Fenway Health. “This work requires statewide coordination and collective action. With a unified agenda we can galvanize our allies and motivate widespread public and private support to prevent new HIV infections, thereby improving public health and saving the Commonwealth billions of dollars in health care costs.”

Now in its 27th year, World AIDS Day is an opportunity for people the world over to show solidarity in the fight against HIV/AIDS, demonstrate their support for people with living with HIV, and remember those who have died.

“As we mark World AIDS Day and remember the thousands of Bay State residents lost to this disease, it is an appropriate time to commit to using our collective power and responsibility to wipe out new HIV infections,” said Michelle Smith, Executive Director of AIDS Project Worcester. “Massachusetts has one of the best track records of HIV prevention and treatment in the country. We just need a more strategic, coordinated, statewide effort to make it over the finish line.”

These are the members of the Getting to Zero Coalition to date:

AIDS Action Committee of Massachusetts is the state’s leading provider of prevention and wellness services for people living with and at risk of HIV/AIDS. AIDS Action works to stop the epidemic by eliminating new infections; maximizing healthier outcomes of those infected and at risk; and tackling the root causes of HIV/AIDS. Founded in 1983, AIDS Action is New England’s oldest and largest AIDS service organization, advocating for the needs of people living with HIV/AIDS  by educating the public and health professionals about HIV prevention and care; and promoting fair and effective HIV/AIDS policy at the city, state, and federal levels. In 2013, AIDS Action Committee of Massachusetts entered into a strategic partnership with Fenway Health, allowing both organizations to improve delivery of care and services across the state and beyond.