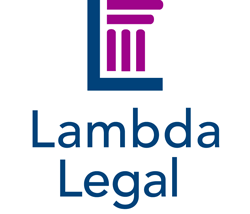 By: Iván Madrigal-Espinoza/LambdaLegal, Special for TRT–

Q: Some of my gay friends have expressed some insensitivity towards immigration issues—especially with the news about Arizona’s anti-immigrant law, SB 1070.  What can I say to them that might make them reconsider their view?

A: Arizona’s anti-immigrant law, known as SB 1070, was passed in April 2010 and, almost immediately, the law faced several legal challenges.  In June 2012, the U.S. Supreme Court struck down key elements of the law, including three of the most controversial policies: The Court said that Arizona cannot create its own system for immigration registration, impose criminal penalties on immigrants who are seeking work, or make warrantless arrests of immigrants based on possibility of removability.  This decision is an important victory for communities across the United States.  However, Arizona can still require its police officers to verify the immigration status of a person during a “lawful stop, detention, or arrest.”

The LGBT community should be very concerned about SB 1070 and other states’ efforts to enact anti-immigrant policies. Often the voices who oppose fairness for LGBT people are the same voices who oppose fairness for immigrants. SB 1070 criminalizes people based on their appearance, and the LGBT community knows all too well how easily those who are perceived to “look” or “act” different can be singled-out for harassment and discrimination. Many of us have experienced hostility because our presentation can clash with outdated, stereotypical notions of “masculinity” and “femininity.”

Additionally, the LGBT community is diverse and encompasses not only bi-national same-sex couples and LGBT asylum-seekers, but also immigrants who are often trapped in a “double closet.” Not only do they hide their sexual orientation or gender identity, they have to hide their immigration status as well. The struggle for LGBT equality is inextricably intertwined with the movement for immigrants’ rights.  For example, immigrants who are married to same-sex U.S. citizen partners continue to be denied “green cards” because the federal government does not recognize same-sex relationships for immigration purposes.  And LGBT and HIV-affected refugees regularly appear in Immigration Court requesting asylum protection because they are fleeing persecution and torture in their home countries.

According to the Heartland Alliance’s April 2011 report on U.S. Immigrant Detention, more than 50% of immigration arrests come through partnerships with local police. If immigrants know they will be detained, they are less likely to seek out police assistance if they are a victim or witness to a crime, thereby making communities less safe.  Our community’s own history of oppression has taught us that targeting individuals, families and communities is dangerous and wrong.

Since the introduction of SB 1070, five other states — Alabama, Georgia, Indiana, South Carolina and Utah — have adopted similar copycat anti-immigrant laws.  Civil rights groups have challenged these laws in court too, and the outcome of the Supreme Court case will likely affect these cases.

If you think you have been discriminated against, and are looking for resources in your state, call Lambda Legal’s Help Desk at 1-866-542-8336, or see http://lambdalegal.org/help. You can read this article in Spanish too!

Trump’s Plan To Cut Off Access To Asylum Is Illegal, Will Endanger LGBTQ Lives

GLAD on Nomination of Judge Neil Gorsuch to the U.S. Supreme Court