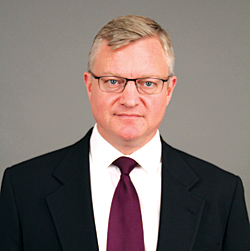 Q. I’ve never been arrested, but it seems like I get a harder time from the police than some of my friends. Am I imagining this?

A. The LGBT civil rights movement has its roots in standing up against police harassment. In 1969, at the Stonewall Riots, bar patrons fought back against unwarranted, targeted police treatment of LGBT people.  Today, for many populations, statistics continue to show disproportionate rates of arrest and detainment.

New York City’s police department’s “stop and frisk” policy targets already marginalized communities, including low-income people, people of color, LGBT people, people living with HIV, and immigrants. In 2011, for example, young black and Latino males (age 14 to 24) were less than 5% of the city’s population, but were targeted in over 40%of the stops. Indeed, the number of stops of young black men alone exceeded the number of young black men in the entire city population.

Law enforcement problems also exist at the federal level.  For example, the Department of Homeland Security’s Secure Communities program – which purportedly prioritizes the deportation of the “most dangerous and violent offenders” who pose a threat to public safety and national security – has actually resulted in the arrest and detention of immigrants for minor traffic infractions.  According towww.immigrationpolicy.org, between October 2008 and September 2011, in Maricopa County, Arizona, 60% of those deported had minor convictions or were non–criminals; in Jefferson Parish, Louisiana, 87% had minor convictions or were non–criminals. Nationally, 26% of those deported under Secure Communities had no criminal convictions.

These kinds of abuses contribute to mistrust, doubt and fear of the police in our communities, and may prevent people from calling the police when they are the victim of a crime. According to the Bureau of Justice (http://bjs.ojp.usdoj.gov/), from 2006 to 2010, 20% of victimizations of persons living in urban areas went unreported, 33% of violent crimes against people age 65 or older went unreported, and 65% of sexual assaults went unreported. An astounding 76% of victimizations that occurred while at school went unreported. These numbers are troubling, and they are increasing: the percentage of unreported violent crime that was not reported because the victim felt the police would not or could not do anything to help nearly tripled from 2005 to 2010.

Lambda Legal has a long history of standing up to police mistreatment, joining court briefs opposing anti-immigrant laws and joining a coalition in New York to challenge the City’s stop and frisk policy. Currently, Lambda Legal is gathering information on this issue by conducting a survey about the experiences of LGBT people and people living with HIV when dealing with police, school security, courts and the prison system. Whether your experiences have been positive, negative, or mediocre, everyone’s input is necessary to capture the full scope of our community.  Take the survey:  https://www.surveymonkey.com/s/protected–and–served–survey

If you think you have been discriminated against or have been the victim of harassment because of your sexual orientation, gender identity or HIV status, call our help desk at Lambda Legal’s Help Desk at 1-866-542-8336, or see http://lambdalegal.org/help.