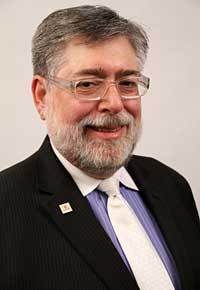 Q: I was talking with friends about the Supreme Court hearings about Prop 8 in California and DOMA, and some of us were really encouraged by the news reports. Are we being overly optimistic?

A:  With arguments in Hollingsworth v. Perry concerning Proposition 8 in California and United States v. Windsor concerning the so — called Defense of Marriage Act (DOMA), we have just witnessed two historic days in the United States Supreme Court. I attended the hearings and I’m happy to say I felt encouraged as well!

During arguments in Windsor, Justice Anthony Kennedy again expressed concern about the rights of children of same-sex couples. When the other side argued that the goal of DOMA was to protect states and allow them to experiment, Justice Kennedy said he was troubled by the fact that DOMA only “helps” the states that do not want to respect marriages entered by lesbians and gay men. Justice Sonia Sotomayor questioned what right the federal government had to create categories of marriage. In one of the most positive exchanges, Justice Ruth Bader Ginsburg noted the harms imposed by DOMA. She discussed how federal marriage benefits are pervasive and “touch every aspect of life,” and said DOMA diminishes what numerous states have said is a marriage as “sort of skim-milk marriage.”

It was exactly 10 years ago that the Supreme Court overturned all remaining U.S. sodomy laws in Lambda Legal’s landmark case Lawrence v. Texas. Since then, we’ve seen much legal progress and social change on marriage for same-sex couples. The Supreme Court hearings on Proposition 8 and DOMA continued that momentum. Until June, when the decisions are expected, I’m remaining hopeful.

If you feel you have been discriminated against based on your sexual orientation, gender identity or HIV status, please contact our Legal Help Desk www.lambdalegal.org/help.

[Read this story in Spanish at: http://tiny.cc/9wqfww]