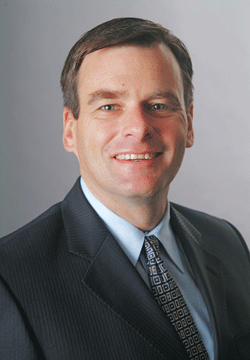 Q: I’m a transgender woman, and it is time for me to transition at work but I am concerned about being able to keep my job.  Will the law protect me from the discrimination I might face because I’m transitioning?

A: As far as we’ve come in the march towards equality, there are still many legal hurdles for the transgender community, particularly when it comes to employment—but we’re making significant progress in the courts.

A recent Lambda Legal case, Glenn v. Brumby et al. is an example of a positive ruling where a transgender woman faced discrimination when she found the courage to transition at work. Vandy Beth Glenn was working as a legislative editor in Atlanta, Georgia for two years. After working with her doctor and establishing that gender transition was necessary (Vandy Beth was assigned male sex at birth, but has a female gender identity), she informed her immediate supervisor at the Georgia Assembly’s Office of Legislative Counsel that she planned to transition. The head of the office subsequently called her to his office, confirmed that she intended to transition, and fired her on the spot.

Lambda Legal filed a federal lawsuit on behalf of Vandy Beth, asserting that her termination was a result of sex discrimination – a violation of the United States equal protection guarantee.  On December 6, 2011, only five days after a three-judge panel of the Eleventh Circuit Court of Appeals heard oral arguments, they unanimously upheld a District Court ruling that the Georgia General Assembly had discriminated against Vandy Beth based on her nonconformity with gender stereotypes occurring as a result of her intent to transition and live in accordance with her female gender identity.  Three days after the ruling, she returned to work.

Lambda Legal is very excited by the impact of our victory in Glenn v. Brumby et al, but there is still a lot of work to be done to advance workplace equality for transgender people.

Sixteen states and the District of Columbia prohibit discrimination in private and public employment on the basis of gender identity/expression: California, Colorado, Connecticut, Hawaii, Illinois, Iowa, Maine, Massachusetts, Minnesota, Nevada, New Jersey, New Mexico, Oregon, Rhode Island, Washington, and Vermont. A growing number of cities and counties have implemented non-discrimination ordinances prohibiting discrimination on the basis of gender identity for both public and private employees in the absence of a comparable state law.

To learn more about your rights at work how to transition at work smoothly read the newest edition to our Transgender Rights Toolkit: Workplace Rights & Wrongs here: http://bit.ly/x8tDLf

If you have any questions, or feel you have been discriminated against because of your gender identity/expression, please contact our help desk at 1-866-542-8336 or visit lambdalegal.org/help