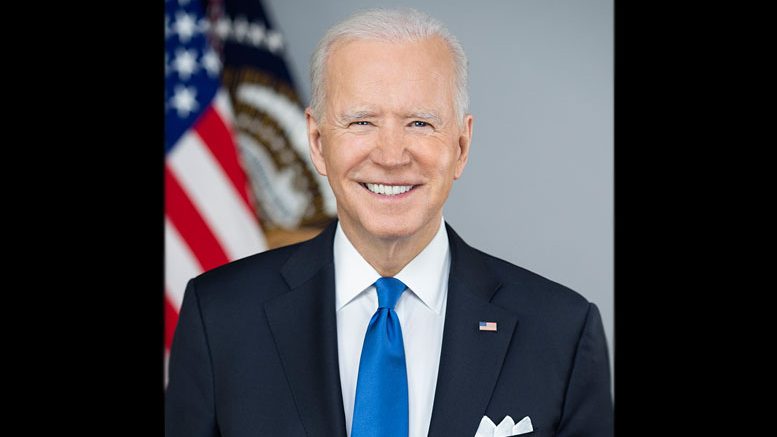 President Biden May not Have Been Able to Deliver the Equality Act Before His 100 first Days in Office, but he Ensured Trans and LGBQ People that It was in the Works, Urging Congress to Pass it

WASHINGTON—In his first address to a joint session of Congress tonight, President Biden made history, when he urged Congress to pass the Equality Act this year.

“I also hope Congress can get to my desk the Equality Act to protect the rights of LGBTQ Americans,” said the President.

The Equality Act is groundbreaking legislation that was passed in the House in late February — three Republicans voting in its favor. In addition, if passed, the Act “would update federal civil rights law to ensure explicit and comprehensive protections for LGBTQ+ people from discrimination in virtually every area of life,” according to Freedom For All Americans, FFAA.

Specifically, the legislation — sponsored by Rep. David Cicilline, D-R.I. — “would expand civil rights laws to include sexual orientation and gender identity as protected characteristics,” according to CNBC.

And, the president’s direct message to transgender people could not be forgotten, a message who will bring hope, calm, and a sense of belonging and acceptance to the many members of this community.

“To all the transgender Americans watching at home — especially the young people who are so brave — I want you to know that your president has your back,” said President Biden, not forgetting his campaign promises to affirm and include members of this community.

Unlike the current administration, under Trump, transgender people were the subject of severe cruelty — prohibiting trans service members to join the military, stripping others of their basic human rights — whether in bathroom settings, at hospitals or shelters, in housing, employment, or while incarcerated, amongst others.

“The truth is millions of LGBTQ Americans and their loved ones are still vulnerable to discrimination in most of the U.S. because of an unsustainable patchwork of varying protections in different states,” said Kasey Suffredini, CEO and national campaign director of Freedom for All Americans. “We urge members of Congress to follow the President’s leadership, listen to the hopes and dreams of the LGBTQ community, and vote with their hearts to pass the Equality Act as soon as possible. Treating all people fairly is not a Democratic or a Republican value — it’s an American value, and it will move our country closer to our ideals of liberty and justice for all.”

And the struggle for equal rights under the law for the transgender community continues and more so for transgender people of color— especially trans women of color — who are murdered at higher rates than most of the population.

“LGBTQ people continue to face discrimination in many areas including health care, housing, education and other critical areas of life; bias-motivated violence; and other limits on our ability to fully and freely live our lives,” said Human Rights Campaign President Alphonso David via a statement. Especially at this moment, when LGBTQ rights are under attack in several states across the country, it was important to see President Biden make it clear tonight that his priority would be continuing our shared fight to ensure that every American has access to the fullness of opportunity our country affords. To that point, we were especially heartened to hear the president specifically uplift his support for transgender people and particularly affirm transgender kids.”

According to a 2020 study, “one in three LGBTQ Americans faced discrimination in the previous year, including three in five transgender Americans. The Equality Act’s protections will help curb discrimination that real people face in their lives. The bill is about people like Jody Davis in Ohio, a Christian and veteran who was denied housing and refused service at a store because she is a transgender woman. It would affect Chris Chun in Texas, a 30-year veteran of the U.S. Army and father to a transgender girl whose safety he worries about every day. The Equality Act would deter incidents that happen to people like Krista and Jami Contreras in Michigan, who had to find a new healthcare provider for their six-day-old newborn after the doctor they’d chosen turned them away for being lesbians, the Equality Act could be lifesaving. The scope of discrimination that LGTBQ Americans face is not fully quantifiable but it is well-documented,” read a statement by FFAA.

The legislation, sponsored by Rep. David Cicilline, D-R.I., would expand civil rights laws to include sexual orientation and gender identity as protected characteristics.

“The Biden Administration has made it clear through their actions that they are allies in the fight for equality and justice for LGBTQ people here in the United States and across the globe,” read David’s statement. “And tonight, we were pleased to hear the president tell Congress directly that passing the Equality Act remains a top priority of his administration, and must be a top priority for the United States Senate. Equality and justice are not partisan goals — they are the bedrock on which our country was founded.”

Stella Keating, a transgender teenager who spoke as one of three witnesses at the historic hearing for the Equality Act in the Senate Judiciary Committee last month, was in attendance as one of the First Lady’s special guests.

[Parts of this story come from excerpts from a Freedom For All Americans’ news release.]