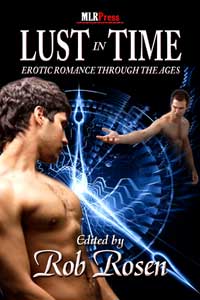 It’s time to slap on the sunscreen and shake and bake on the beach with a good read!  Here are three summer reading suggestions:

Regret by Brad Windhauser is a dark, detective-ish novel where religious folks seduce and then euthanize gay men to develop research data with the expectation of finding a cure for homosexuality. It has the makings of a ghoulish Vincent Price horror flick. The author uses fiction to debunk the myth that sexual preference is a choice, though sometimes offers a provocative critique of the gay community. There is a chilling reality to the book, and it may especially appeal to those who like darker reads. Of course, the major theme is highlighting the absurdity of finding a cure for a non-disease. Hence, there is a Kafkaesque “happy ending.” Windhauser writes passionately, successfully weaving several themes about love, regret, ambition, complacency, responsibility, and finding and nurturing a strong sense of self. He does so with a fast-moving flow, solid dialogue and believable characters.

In Cowboys, Armagedon, and the Truth, a memoir by Scott Terry, a gay bull rider (one type of cowboy) with a less than charmed childhood embraces his creation as the Creator intended. He does this despite the religious abuse he faces in the Jehovah’s Witness Christian denomination (self-described as conservative, if not extremist). He finds a way to nurture his soul as a spiritual being without being religious in part by bull riding, transcending a homophobic culture and backward religious thinking. Bull riding suggests several metaphors, but it need not be sexual. Cosmologically, there’s an important connection with nature. The human spirit triumphs over ignorance, emotional pain and the all too often misuse of religion and God (defined gender neutrally). The book explores the themes of loss and finding closure with rejection and being perfectly fine with it. Terry writes his personal sojourn reflectively, with clean, meaty descriptive prose that keeps the pages turning.

endeavor covering about three thousand years of male eroticism and romanticism. It showcases the work of over a dozen established and up-and-coming writers through their self-contained short stories set in yesteryear. All of the writers come with their own voices and styles. The stories read well, are fast-paced and creative. As editor, Rob had his work cut out for him in respecting the voice of each writer. He had to enhance each writer’s style while not injecting his own and making sure every story was a good read. He succeeded. These are relationship stories at various levels, grounded in the richness of the past. Don’t think this is a history lesson. It’s not. Lust in Time is about people with a historical backdrop. Each short story has its own appeal.

Reading, by the way, need not be a solitary endeavor. Instead of watching the boob tube, take turns with a special someone and read aloud to one another. Do it by candlelight, slowly nursing a glass of wine or two. The books reviewed above can contribute to some special quality time.

*Paul is an attorney and seminary trained priest. He writes the “Faith, Family, and God” column for TRT and is founder of www.CorporateChaplaincy.biz.