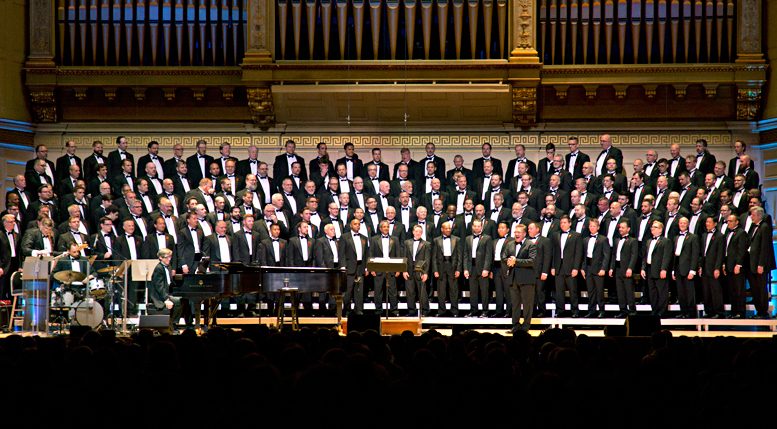 “Pop music is the soundtrack of American life, and we can’t wait to share the songs that have shaped several generations of chorus members and the LGBT community as a whole,” said Reuben M. Reynolds, III, the Chorus’s music director. “We’re also thrilled to be bringing Nick Adams, a graduate of Boston Conservatory of Music, back to his old stomping grounds.”

Adams originated the role of Adam/Felicia in the Tony-winning Priscilla Queen of the Desert during its 2011-2012 run. He has also appeared on Broadway in A Chorus Line, Guys and Dolls, Chicago, La Cage Aux Folles, and The Pirate Queen, and starred as Fiyero in the touring production of Wicked.

“Nick Adams is a supremely talented and adventurous performer and we can’t wait to share the stage with him at Jordan Hall,” said BGMC Executive Director Craig Coogan. “The show is called POPular, but a better descriptor is that it’s going to be a blast. We couldn’t make that title work, though.”

Boston Gay Men’s Chorus creates musical experiences to inspire change, build community and celebrate difference. The BGMC is one of New England’s largest and most successful community-based choruses. Founded in 1982, the 175-voice ensemble is celebrated for its outstanding musicianship, creative programming, and groundbreaking community outreach. Under the dynamic leadership of Music Director Reuben M. Reynolds III, the BGMC sings a wide spectrum of classical and popular music and creates social change by providing a positive, affirming image of the gay and lesbian community. The Chorus is heard live by more than 10,000 people each season and thousands more through recording, television and internet broadcasts. In November, 2013, CBS-WBZ named The Boston Gay Men’s Chorus one of the top five choruses in the city of Boston. In June 2015 BGMC became the first LGBT chorus to tour the Middle East.