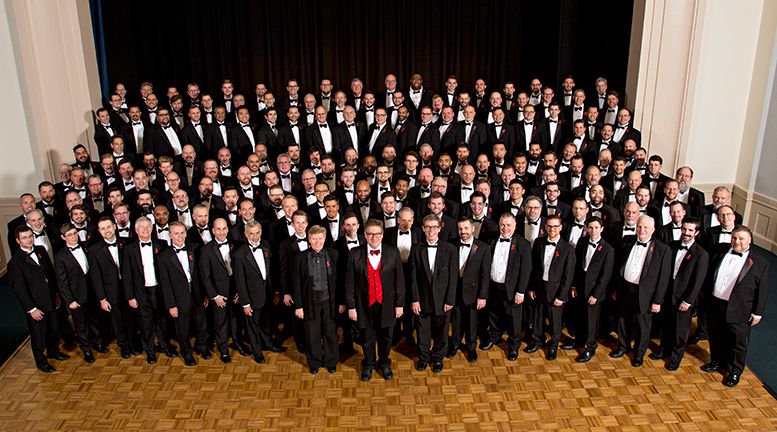 “This is a friendly wager, but we’re taking it seriously,” said BGMC Executive Director Craig Coogan. “The Philadelphia Gay Men’s Chorus is a talented ensemble, but our football team is better than theirs.”

“We were delighted to accept this challenge from the Boston Gay Men’s Chorus,” said Joseph Buches, Artistic Director of The Philadelphia Men’s Chorus. “Nick Foles is young and healthy, unlike New England’s quarterback, whose name escapes me. We’re confident that we’ll emerge the winner of this contest.”

Super Bowl LII will be held February 4 in Minneapolis which will also be host in 2020 to 130 LGBT choruses and 6000 singers at the quadrennial GALA Choral Festival.

Boston Gay Men’s Chorus creates musical experiences to inspire change, build community and celebrate difference. The BGMC is one of New England’s largest and most successful community-based choruses. Founded in 1982, the 200-voice ensemble is celebrated for its outstanding musicianship, creative programming, and groundbreaking community outreach. Under the dynamic leadership of Music Director Reuben M. Reynolds III, the BGMC sings a wide spectrum of classical and popular music and creates social change by providing a positive, affirming image of the gay and lesbian community. The Chorus is heard live by more than 10,000 people each season and thousands more through recording, television and internet broadcasts. CBS-WBZ named The Boston Gay Men’s Chorus one of the “top five” choruses in the city of Boston. BGMC are Cultural Ambassadors – being the first LGBT chorus to perform in Poland in 2005, the Middle East in 2015 and in South Africa in June 2018.

About the Philadelphia Gay Men’s Chorus

The Philadelphia Gay Men’s Chorus (PGMC) entertains audiences, supports communities, and fosters acceptance through exceptional musical performance. Since its formation in 1981, the Philadelphia Gay Men’s Chorus (PGMC) has performed for more than 100,000 audience members. PGMC gave its first formal concert in April 1982, and presently produces three professional quality concert series annually, with a typical concert series reaching 1,300 attendees. The Chorus performs by invitation as Philadelphia’s gay cultural ambassadors, celebrating at events such as the LGBT flag raising at City Hall, the dedication of Dilworth Park, and LGBT night at the Phillies.

Both the Boston Gay Men’s Chorus and the Philadelphia Gay Men’s Chorus are members are GALA Choruses. GALA Choruses leads the North American LGBT choral movement with more than 190 member choruses. GALA is dedicated to helping choruses become more effective, both artistically and administratively. GALA Choruses’ signature event is our quadrennial Festival, which brings together over 130 choruses and 6000 singers for the world’s largest LGBT performing arts event. In July 2020 Festival will be held in Minneapolis, Minnesota.