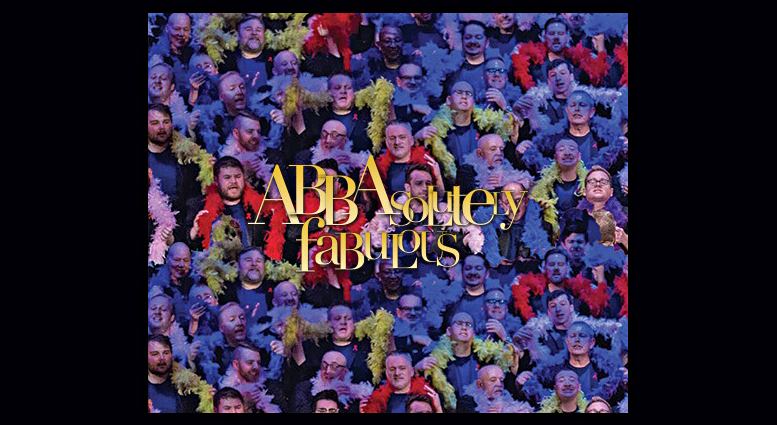 BOSTON—The Boston Gay Men’s Chorus (BGMC) is pleased to present “ABBAsolutely Fabulous,” a spirited salute to one of the most successful acts ever to hit the pop music charts. Performances are Saturday, March 17 at 3 and 8 p.m. and Sunday, March 18 at 3 p.m. at New England Conservatory’s Jordan Hall in Boston.

“With the musical ‘Mamma Mia! Here We Go Again’ slated to hit theaters this summer, it’s a perfect time for an ABBA-themed show,” said BGMC Music Director Reuben M. Reynolds, III. “Everyone knows and loves these songs, even if they don’t want to admit it. If you’re looking for pure pop perfection and a night of indulgent escapism, then don’t miss ‘ABBAsolutely Fabulous. You’ll be having the time of your life, believe me.”

With “ABBAsolutely Fabulous,” BGMC will put its unique stamp on ABBA’s biggest and beloved hits, including “Waterloo,” “Gimme Gimme Gimme” (A Man After Midnight), and of course “Mamma Mia” and “Dancing Queen.” The chorus will also treat audiences to lesser-known tracks like “On and On and On” and “Voulez- Vous.”

“ABBA’s music has ear-wormed its way permanently into the pop culture mainstream through movies, musicals and commercials, but before all that they were hugely influential on gay nightlife and culture,” said BGMC Executive Director Craig Coogan. “We lived for the drama and danceability of their songs and those glittered disco costumes. In the eighties, when many of us were caring for friends and lovers who were dying of AIDS, ABBA’s music gave us an escape—however temporary—from our grief. We can’t wait to sing these songs in tribute to both the band and to our community’s resilience.”

Have the time of your life with BGMC! Come out and hear “Super Trouper,” “Waterloo,” “I Have a Dream,” “Gimme Gimme Gimme (A Man after Midnight),” “Thank You for the Music,” “Lay All Your Love On Me,” “Mamma Mia, “Dancing Queen”—and much more!

Boston Gay Men’s Chorus creates musical experiences to inspire change, build community and celebrate difference. The BGMC is one of New England’s largest and most successful community-based choruses. Founded in 1982, the 200-voice ensemble is celebrated for its outstanding musicianship, creative programming, and groundbreaking community outreach. Under the dynamic leadership of Music Director Reuben M. Reynolds III, the BGMC sings a wide spectrum of classical and popular music and creates social change by providing a positive, affirming image of the gay and lesbian community. The Chorus is heard live by more than 10,000 people each season and thousands more through recording, television and internet broadcasts. CBS-WBZ named The Boston Gay Men’s Chorus one of the “top five” choruses in the city of Boston. BGMC are Cultural Ambassadors—being the first LGBT chorus to perform in Poland in 2005, the Middle East in 2015 and in South Africa in June 2018.