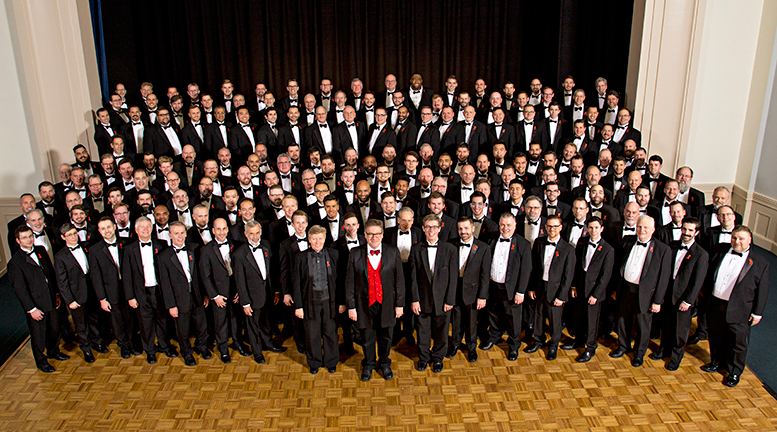 BOSTON―The Boston Gay Men’s Chorus (BGMC) is pleased to announce that it will sing at the 86th Annual Meeting of the US Conference of Mayors in Boston, which takes place June 8-11. The Chorus will perform at a June 10 gathering at 8:30 p.m. in the Boston Public Library’s McKim Exhibits Hall. BGMC was invited to perform by Mayor Martin J. Walsh, who is hosting the 86th annual conference and has also issued a proclamation declaring June 11-25 to be “Boston Gay Men’s Chorus Week” in the City of Boston. The performance coincides with the end of Boston Pride Week, the city’s annual celebration of the LGBT community.

“We’re honored and thrilled that Mayor Walsh invited us to sing for the US Conference of Mayors. Boston is a city steeped in arts and culture and we’re proud to represent that on a national stage,” said BGMC Music Director Reuben M. Reynolds III. “Coming at the end of Boston Pride Week, this also sets a wonderful example for mayors from around the country of what it means for a city to be truly inclusive of its LGBT community.”

BGMC’s performance for the US Conference of Mayors concludes a whirlwind week of Boston Pride festivities that will see the Chorus perform its annual Pride concert “Together” June 2-3, sing the National Anthem before the Red Sox play the Detroit Tigers at the sixth annual Pride Night @ Fenway Park June 7, and march in the Pride Parade June 9.

The day after the US Conference of Mayor’s performance, the Chorus will depart for its two-week South Africa Tour, marking the first time a gay chorus will tour the country.

“We are so excited to participate in our 36th Boston Pride and then head off to South Africa where we’ll be leading the first ever Pride Parade in the small town of George,” said Craig Coogan, Executive Director of the BGMC. “The mayor of George will be marching with us. It shows that mayors are so important to our communities. We’re especially honored to share our music with America’s mayors so they can bring our stories back to their communities.”

This will not be the first time the chorus performs at a political gathering. In 2015, BGMC performed at Gov. Charlie Baker’s inauguration celebration, a first for any Republican governor.

Boston Gay Men’s Chorus creates musical experiences to inspire change, build community and celebrate difference. The BGMC is one of New England’s largest and most successful community-based choruses. Founded in 1982, the 200-voice ensemble is celebrated for its outstanding musicianship, creative programming, and groundbreaking community outreach. Under the dynamic leadership of Music Director Reuben M. Reynolds III, the BGMC sings a wide spectrum of classical and popular music and creates social change by providing a positive, affirming image of the gay and lesbian community. The Chorus is heard live by more than 10,000 people each season and thousands more through recording, television and internet broadcasts. CBS-WBZ named The Boston Gay Men’s Chorus one of the “top five” choruses in the city of Boston. BGMC are Cultural Ambassadors – being the first LGBT chorus to perform in Poland in 2005, the Middle East in 2015 and South Africa in 2018.