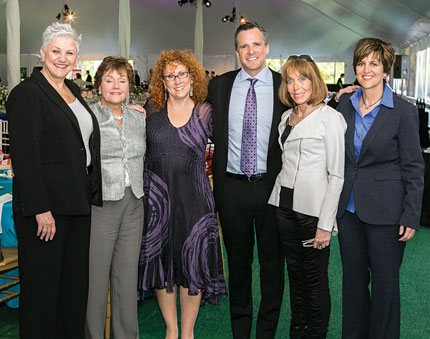 The safety of students and creation of affirming school environments is a growing focus among LGBTQ organizations. The Boston chapter of Parents, Families and Friends of Lesbians and Gays, Inc. recently held a fundraising event to highlight the prevalent need for safer environments.

Greater Boston PFLAG’s “Step Up! Stop the Bullying Now” event focused on making the situation better now, not waiting for things to better themselves through time. [pullquote]“Initiatives like the ‘It Gets Better’ campaign bring hope, but also ask bullying victims to be patient because it gets better eventually,” explained event co-chair Joan Parker.[/pullquote]

“Initiatives like the ‘It Gets Better’ campaign bring hope, but also ask bullying victims to be patient because it gets better eventually,” explained event co-chair Joan Parker. “To me that is like having an open painful wound, the pain of which one must endure until the passage of time ameliorates it. This is passivity, versus the activist strategies supported by the PFLAG campaign to stop the bullying now.”

According to Greater Boston PFLAG president Deborah Peeples, the work of the organization fosters dialogue, creates safer environments and promotes open minds. The “Step Up!” event furthers this work and calls attention to creating positive change in the lives of LGBTQ students and allies.

“This event is important because it shines a spotlight on family acceptance and the continuing need to create safe climates for LGBTQ students, and promote respect for human diversity,” Peeples added.

The event was held at the Party in the Park Tent in the Back Bay Fens’ Kelleher Rose Garden, and was attended by over 600 guests, according to a press release. Honored guests included Rufus Gifford, National Finance Director for the Obama for America Campaign. [pullquote]“This event is important because it shines a spotlight on family acceptance and the continuing need to create safe climates for LGBTQ students, and promote respect for human diversity,” Peeples added.[/pullquote]

“As President Obama’s informal ambassador to the LGBT community, Rufus represents a beacon of hope for LGBT youth,” Peeples was quoted in the release. “Rufus has shown us all that there are no limits on life’s plans.”

The night also featured a live auction and a presentation of the Elise Frank Scholarship Awards, which highlighted the accomplishments of six high-school students whose actions have fostered greater support of LGBTQ students in their schools.

“Step Up!” promoted PFLAG’s educational work, but was also a fundraising event to support their important mission.

“The goal in all of our fundraising is to continue our bullying prevention and education programs for faculty and students in middle and high schools, to ensure the safety and respect of students who are targets of discrimination and harassment,” Parker said.

Greater Boston PFLAG executive director Pam Garramone confirmed that the proceeds from the event will be used to continue and enhance the organization’s initiatives.

Garramone agreed that change needs to occur now, through policies and practices that protect LGBTQ youth and help them feel welcome and included.

According to Peeples, “the event was fabulous! We filled a tent with folks from all walks of life, both LGBTQ and allies, who came together to support each other and our work. Besides sharing stories of unconditional love and acceptance, and highlighting people who change the world for LGBTQ people and families, the money we raise goes directly to supporting our Safe Schools anti-LGBTQ bullying programs.”

“Step Up!” may be a one night a year event, but PFLAG’s work extends into every day of the year.

“Each year, Greater Boston PFLAG delivers over 200 educational programs across the commonwealth, reaching over 12,000 people,” Peeples explained. “Through our work we help change attitudes and build understanding so that LGBTQ family members and friends can live in a world that is safe and inclusive.”