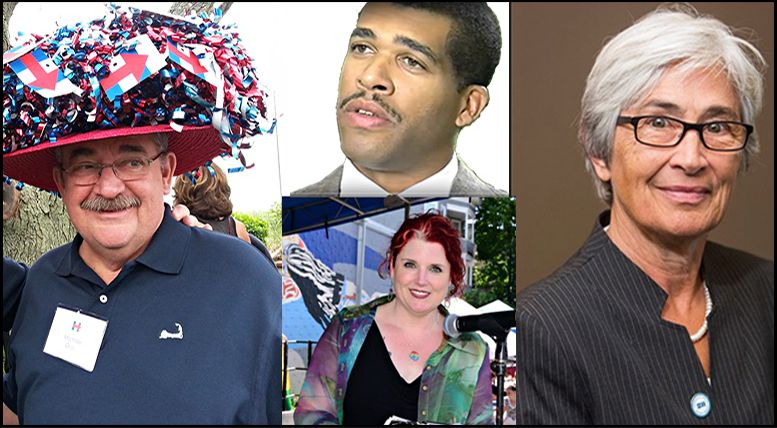 “We are excited to announce the 2017 Pride Marshals, chosen by the community, who have done an amazing job over many decades to represent, to support and to benefit a wide spectrum of the LGBTQ community,” said Sylvain Bruni, Boston Pride President. “We look forward to having Kristen Porter lead the parade while also honoring the legacies of Norman Hill, Dr. Judy Bradford and John Michael Gray.”

The Boston Pride Parade is a march to celebrate and promote equal rights for the region’s gay, lesbian, bisexual, transgender and queer communities. The Parade, that kicks off at noon from Copley Square on Saturday, June 10, is the premier event of Pride Week, which will be held June 2 to 11. As one of the biggest and most popular Pride Parades in the country, individuals and organizations from around New England will walk together to advocate for equality, respect and inclusivity.

Parade Chair Martha Plaza says that the 2017 Pride Theme will truly bring the community together during the parade. “On June 10, we will march as a community that is ‘Stronger Together’ as our diverse community is represented in the parade, demonstrating that we will stand up for each other and continue to fight for civil rights for all.”

Dr. Judy Bradford, Co-Chair of The Fenway Institute from its inception in 2001, played a key role in building a framework for LGBTQ-focused research and teaching. Her work has improved the lives of those whose minority status often makes their needs unseen or disregarded.

John Michael Gray, half of the famous ‘Hat Sisters’, was a prominent Massachusetts LGBTQ community activist who helped raise money for causes ranging from AIDS healthcare to cancer research.

Boston Pride produces events and activities to achieve inclusivity, equality, respect, and awareness in Greater Boston and beyond. Fostering diversity, unity, visibility and dignity, we educate, communicate and advocate by building and strengthening community connections. Pride Week 2017 will be held June 2nd – 11th.