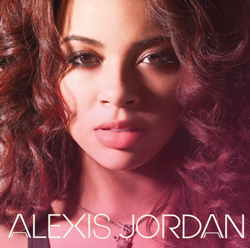 BOSTON, Mass.– Boston Pride recently announced that musical artists, Alexis Jordan, Rye Rye, and Kerli will be the featured musical entertainment at this year’s Pride Festival to be held on Saturday, June 9th from noon to 6pm at Boston’s City Hall Plaza. The Festival is the last stop on the Boston Pride Parade route and will host entertainment, the Family Zone, the Main Stage Lounge, Artisan Avenue and over 100 vendors for people of all ages.

“We are thrilled to have Alexis Jordan, Rye Rye, and Kerli headline our festival this year,” said Linda DeMarco, president of Boston Pride.  “These young women are all breaking through on the music scene as we speak, and we know that they will put on a great show here in Boston.”

After a highly praised appearance on the first season of America’s Got Talent, Alexis Jordan’s YouTube videos started accumulating millions of hits. Once Sony Music-affiliated label, StarRoc/Roc Nation – a joint venture between Stargate and Jay-Z’s Roc Nation caught wind the viral sensation, they signed Jordan to their label at barely 18 years old. Since then, Jordan has released her first album, self titled Alexis Jordan, and has recently announced that her second album will be released this year. Jordan promises to inspire and entertain everyone at Boston Pride with her music.

Rye Rye, was the first artist to sign with M.I.A.’s record label N.E.E.T., an imprint of Interscope Records. At just 21 years old she is currently working on her debut album Go! Pop! Bang! which is set for release on May 15th. Rye Rye likes to think of her music as a variety of things, but most importantly it is about fun for everyone and she is thrilled to share it at Boston Pride.

At the age of 18, Estonian recording artist Kerli moved from Elva, Estonia to the United States and just one year later in 2006, she was signed to Island Def Jam Music Group by LA Reid. By 2008, she released her debut album Love is Dead which charted at 125 on the Billboard 200 that July. Kerli is currently working on her second album set to release later this year. Kerli also was a DJ on the program New Now Next show on the LoGoTV network.  Kerli believes that “All humans need to have equal rights, straight or gay,” and she is excited to celebrate pride by performing for Boston during the festival.

“The Boston Pride Festival is Boston’s largest and most popular festival,” said DeMarco. “We are proud to share pride with these talented and unique musicians and are excited to have them perform live for Boston at our momentous event.”

More information and details for Boston Pride’s 2012 Pride Week can be found at www.bostonpride.org.

Boston Pride produces events and activities to achieve inclusivity, equality, respect, and awareness in Greater Boston and beyond. Fostering diversity, unity, visibility and dignity, we educate, communicate and advocate by building and strengthening community connections. Follow Boston Pride on Twitter!