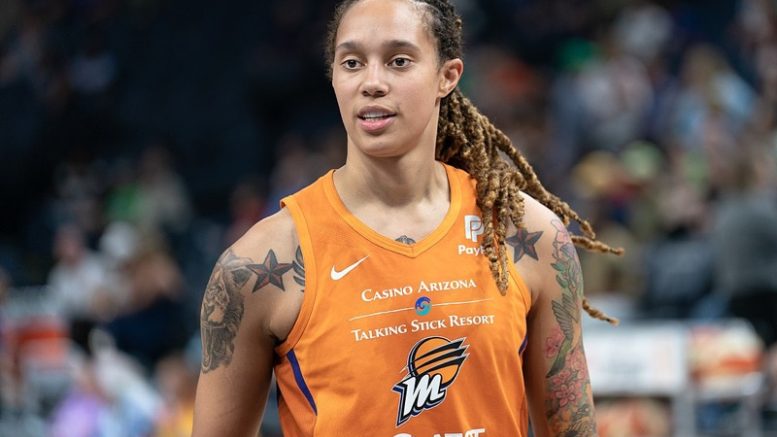 Griner is en route to the US and in good spirits; her wife reacts to the news

“These past few months have been hell for Brittney,” he said from the White House earlier this morning, alongside Griner’s wife, Cherelle. “I’m glad to be able to say Brittney is in good spirits. She’s relieved to finally be heading home, and the fact remains that she’s lost months of her life, experienced a needless trauma. She deserves space, privacy and time with her loved ones to recover and heal from her time being wrongfully detained.”

Cherelle, for her part, thanked President Biden for his administration’s work in releasing Griner from Russian custody.

“So over the last nine months, you all have been so privy to one of the darkest moments of my life, and so today I’m just standing here overwhelmed with emotions, but the most important emotion that I have right now is just sincere gratitude for President Biden and his entire administration,” she said from the White House, after thanking the President. “Today my family is whole, but as you are all aware, there are so many other families that are not whole.”

Efforts to bring Griner home were ongoing. President Biden recently said that the “only” reason he would engage with Russian President Vladimir Putin at next month’s G-20 summit in Bali, Indonesia, would be to discuss Griner’s release.

According to the US, the release was limited to Griner, even as the Biden administration fought for Paul Whelan’s release too. Wheelan is a 52-year-old Marine veteran who remains imprisoned in Russia, whose release was also worked on with Griner’ s by the Biden admin. President Biden said it “was not a choice of which American to bring home.” A different handling of their cases was the reason why the Russians were not willing to give Whelan up, according to media reports, and the administration had to make a decision in the end.

“Sadly, for totally illegitimate reasons, Russia is treating Paul’s case differently than Brittney’s,” he added in his statement. “And while we have not yet succeeded in securing Paul’s release, we are not giving up. We will never give up.”

David Whelan, Paul Whelan’s brother, reacted to Griner’s release news by saying he was happy that Griner was free and praised the Biden administration’s handling of her release, according to CBS News.

“I am so glad that Brittney Griner is on her way home,” he wrote. “As the family member of a Russian hostage, I can literally only imagine the joy she will have, being reunited with her loved ones, and in time for the holidays,” adding, “The Biden Administration made the right decision to bring Ms. Griner home, and to make the deal that was possible, rather than waiting for one that wasn’t going to happen.”

There were immediate reactions online to the basketball’s star release (to come).

This story is still developing. Check back later for more information.