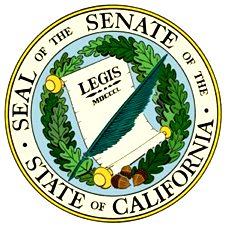 SACRAMENTO, CA—On July 3rd, the California State Senate passed the School Success and Opportunity Act (Assembly Bill 1266), sending the bill that ensures transgender students have the opportunity to succeed in school to Governor Jerry Brown for his signature. Authored by Assemblymember Tom Ammiano, the bill passed the Senate with a 21-9 vote (unofficial). The bill passed the California State Assembly last month with 46-25 vote.

AB 1266 will ensure that California public schools understand their responsibility for the success and well-being of all students, including transgender students, and will allow transgender students to fully participate in all school activities, sports teams, programs, and facilities in accordance with their gender identity.

Co-authored by Senators Mark Leno and Ricardo Lara and Assemblymember Toni Atkins, the bill is backed by a coalition of leading organizations, including Transgender Law Center, Gay-Straight Alliance Network, Gender Spectrum, Equality California, ACLU of California, National Center for Lesbian Rights, statewide teacher and parent organizations, and dozens of other organizations. [pullquote]AB 1266 will ensure that California public schools understand their responsibility for the success and well-being of all students, including transgender students, and will allow transgender students to fully participate in all school activities, sports teams, programs, and facilities in accordance with their gender identity. [/pullquote]

“I’m so happy the state is taking action to make sure I have the same opportunity as everyone else to go to school and graduate,” said Ashton Lee, a 16-year-old transgender boy from Manteca who came to Sacramento with his mother to testify before the Senate Education Committee last week. “I just want to be treated the same as all the other boys, but my school forces me to take P.E. in a class of all girls and live as someone I’m not. I can’t learn and succeed when every day in that class leaves me feeling isolated and alone.”

In 2005, the Los Angeles Unified School District, the nation’s second largest school district in the country with more than 670,000 students, successfully implemented a policy nearly identical to AB 1266 to ensure that no student is left out.

“Families matter in LAUSD. We’ve worked closely with students and families to ensure that our policies related to gender identity are successful, welcomed by students, and supported by parents,” said Judy Chiasson, Program Coordinator for Human Relations, Diversity and Equity at the Los Angeles Unified School District. “In addition to longstanding policies banning bullying, harassment, and discrimination, LAUSD has had specific policies banning discrimination based on gender identity for nearly a decade. We have firsthand experience recognizing and valuing the diversity of school communities, which ultimately enhances and enriches the lives of all our students.”

California law already prohibits discrimination in education, but transgender students are often still unfairly excluded from physical education, athletic teams, and other school activities and facilities because of who they are. This exclusion negatively impacts students’ ability to succeed in school and graduate with their class. For example, physical education classes help students develop healthy fitness habits and teach values like teamwork and fair competition – and P.E. credits are required, so students cannot graduate without them.

Under AB 1266, California’s public schools would be required to respect a transgender student’s identity in all school programs, activities, and facilities. The bill will provide guidance to district and school leaders about how to meet their obligations to protect the safety and well being of all students, including those who are transgender. [pullquote]“I just want to be treated the same as all the other boys, but my school forces me to take P.E. in a class of all girls and live as someone I’m not. I can’t learn and succeed when every day in that class leaves me feeling isolated and alone.”[/pullquote]

“This law is necessary to ensure that California schools do not discriminate against transgender students,” said National Center for Lesbian Rights Legal Director Shannon Minter. “California is falling behind other states on this important issue, and this law is urgently needed to ensure that all California students have an equal chance to thrive and succeed.”

Equality California (EQCA) is the largest statewide lesbian, gay, bisexual, and transgender advocacy organization in California. Over the past decade, Equality California has strategically moved California from a state with extremely limited legal protections for lesbian, gay, bisexual and transgender people to a state with some of the most comprehensive protections in the nation. Equality California has partnered with legislators to successfully sponsor more than 85 pieces of pro-equality legislation. EQCA continues to advance equality through legislative advocacy, electoral work, public education and community em-powerment.

ACLU of California comprises the statewide work of the three California affiliates of the American Civil Liberties Union to protect and defend civil liberties.

Gay-Straight Alliance Network (GSA Network) is a national youth leadership organization that empowers youth activists to fight homophobia and transphobia in schools by training student leaders and sup-porting student-led Gay-Straight Alliance clubs throughout the country. In California alone, GSA Network has brought GSA clubs to 56% of public high schools, impacting more than 1.1 million students at over 900 schools. GSA Network’s youth advocates have played a key role in changing laws and policies that impact youth at the local and state level. GSA Network operates the National Association of GSA Net-works, which unites 37 statewide networks of GSA clubs throughout the country.

Gender Spectrum provides resources, training and support to create gender sensitive and inclusive envi-ronments for all children and teens.

Transgender Law Center works to change law, policy, and attitudes so that all people can live safely, authentically, and free from discrimination regardless of their gender identity or expression.