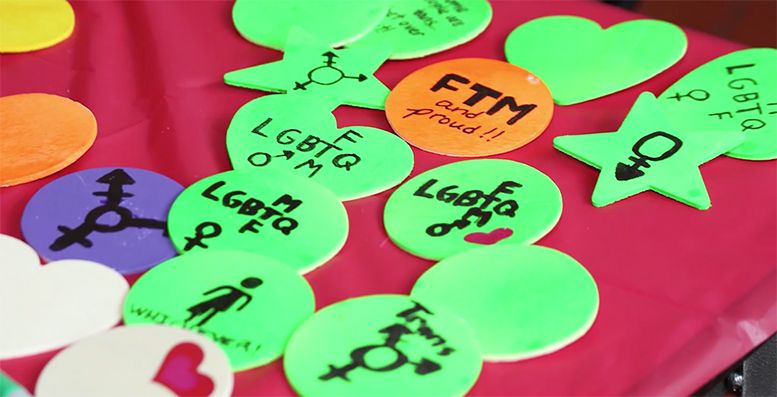 WASHINGTON—In 2017, LGBTQ people around the country are facing a climate of uncertainty, discrimination, and fear that imperils the progress towards equality for which they have fought for many years. This weekend, the Capital Pride Alliance will mark Pride with events organized around the theme “Unapologetically Proud,” sending a message loud and clear that LGBTQ people stand united against any attempt to reverse progress, and celebrate Pride as an act of resistance against those in power who would do so.

The highlight of this year’s Pride is the Capital Pride Parade presented by Marriott International on Saturday, June 10, which draws 125,000 spectators, and travels 1.5 miles through segments of the city important to the LGBTQ community. This year, the Parade will include more than 200 contingents – floats, vehicles, walkers, and entertainment—consisting of local businesses, Capital Pride Heroes and Engendered Spirit honorees, politicians, community groups, dogs, and much more. The annual Pride Parade will step off at 4:30 pm from 22nd & P Streets, NW, Washington, DC, and continues through Dupont Circle and 17th Street, passes by the Logan Circle neighborhood, and ends along the revitalized 14th Street corridor at S Street.

This year’s Grand Marshals will include same-sex marriage trailblazers Edie Windsor and Jim Obergefell; Mandy Carter, a Black lesbian social justice activist; and Nicole Murray Ramirez, a San Diego Human Rights Commissioner. These Grand Marshals comprise a diverse cross-section of the community, and are models for activism across the barriers that all too frequently serve to divide.

On Sunday, June 11, award-winning singer, songwriter, and actress Miley Cyrus will headline the 2017 Capital Pride Concert, presented by HOT 99.5 PRIDE Radio. Headliners will also include R&B artist Tinashe, Grammy-winning disco legends The Pointer Sisters, and VASSY. The Capital Pride Concert will begin at 2:00 pm on the Capital Stage on America’s Main Street, Pennsylvania Ave. at 3rd St., simultaneously with the Capital Pride Festival presented by Live! Casino & Hotel, which begins at 12:00 noon. Additional entertainment will be on the Dupont Stage beginning at noon, and the Monument Stage beginning at 1:00 PM. The Festival will host 300 exhibitors, including local and community groups, national sponsors, local businesses, food vendors, restaurants, and more, building opportunities for further partnerships with the LGBTQ community in the weeks and months ahead.

Also on Sunday, June 11, is the Equality March for Unity and Pride, which begins at 10:00 am in McPherson Square, marches past the White House, and ends on the National Mall in the vicinity of the Pride Festival and Concert. Capital Pride is assisting and coordinating with the Equality March to ensure a safe and successful event. Equality Marches will also be taking place in cities around the country and world.

“We chose this year’s theme, ‘Unapologetically Proud,’ to send a clear message to those who would see us as something less than other persons because of who we love or the gender we identify as,” said Bernie Delia, President of the Capital Pride Alliance Board. “Our community comprises people of all ages, races, classes, ethnicities, and gender identities, and this weekend, thousands of us will unite in unapologetic pride, an act of resistance that boldly defies all those who would seek to push us backwards.”

Among the other events planned for this weekend:

More details about these events, including times and locations, can be found at: www.capitalpride.org/events-365/

ABOUT THE CAPITAL PRIDE ALLIANCE

The Capital Pride Alliance is a nonprofit organization that through its multi-faceted programming and stewardship of LGBT organizations and events, specifically year-round Pride festivities centered in Washington, DC and the National Capital Region, serves to celebrate, educate, support, and inspire our diverse communities in order to grow and protect our legacy, history, and rights for future generations. Each June, the Capital Pride Alliance produces the annual Pride in the Nation’s Capital, one of the largest Pride celebrations in the country, which includes the Pride Parade, Festival, and Concert. Facebook (CapitalPrideDC), Twitter (CapitalPrideDC), YouTube, Instagram (@CapitalPrideDC).