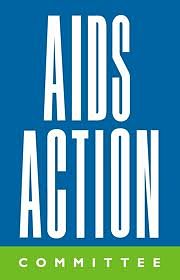 The U.S. Centers for Disease Control (CDC) recently announced $185 million in funding for three new programs to prevent HIV infection among transgender people and gay, bisexual, and other men who have sex with men (MSM), with a particular focus on MSM of color. The programs are part of a multi-pronged strategy to address the disproportionally heavy burden of HIV infection on MSM and transgender men and women. These programs will help health departments and local HIV prevention partners deliver and apply the most effective HIV prevention tools.

In particular, CDC plans to award up to $125 million over a three-year period to state and local health departments to expand the use of: 1) pre-exposure prophylaxis (PrEP) for uninfected MSM and transgender people who are considered at substantial risk for HIV infection; and 2) ongoing medical care and antiretroviral treatment for people already living with HIV. Health departments will be funded to provide PrEP information and referrals and to conduct outreach and training to increase the number of healthcare providers who are knowledgeable about PrEP and offer it to their patients. The main objective of this program is to increase the PrEP knowledge and uptake among MSM and transgender people at highest risk of infection. A total of 24 health departments in areas severely impacted by HIV are eligible to apply for these funds.

Health departments will also be funded to expand the use of HIV surveillance data for increasing connection to, or re-engagement in, HIV care and services. This program is designed to help persons who have already been diagnosed with HIV infection but are not currently accessing care and services, especially affected MSM and transgender people. CDC notes that 12 health departments in areas where MSM are severely impacted by HIV and that have sufficient clinical data are eligible to apply for these funds. [pullquote]In addition, the Department of Health and Human Services Secretary’s Minority AIDS Initiative Fund (SMAIF) plans to make an additional investment of up to $60.5 million over a four-year period to intensify HIV prevention efforts that focus specifically on MSM of color.[/pullquote]

In addition, the Department of Health and Human Services Secretary’s Minority AIDS Initiative Fund (SMAIF) plans to make an additional investment of up to $60.5 million over a four-year period to intensify HIV prevention efforts that focus specifically on MSM of color. In particular, the new SMAIF funds will support the development of collaborative service networks by state and local health departments. CDC notes that these networks may include local community-based organizations, clinics, and providers of HIV prevention and care, mental health services, substance abuse treatment, and critical social supports, such as housing and employment services. A total of 28 state and local health departments representing communities with severe epidemics among MSM of color are eligible to apply for the new SMAIF dollars.

“We have more powerful HIV prevention tools than ever before. Now, we need to get them into the hands of the people who need them the most,” noted Dr. Jonathan Mermin, Director of CDC’s National Center for HIV/AIDS, Viral Hepatitis, STD, and TB Prevention. “By harnessing the power of recent scientific breakthroughs, we can change the course of the epidemic among MSM and transgender people―who continue to face the highest risk for infection in this country.”

New York’s “Ending the Epidemic” Initiative Could Net Billions in Healthcare Savings
New York state’s Ending the Epidemic (ETE) initiative, announced by Governor Andrew Cuomo in June 2014, has the ambitious goal of reducing the state’s annual new infections from 3,200 in 2013 to below 750 in 2020, along with substantial reductions in AIDS-related illnesses and deaths. Although significant investments will be required to meet these targets, the potential savings will far outweigh the costs, according to a new report, Ending the Epidemic (ETE) in NYS: Projected Fiscal Impact of Recommended Expansions of HIV Prevention, Antiretroviral Treatment, and Housing Supports, published by Housing Works and the Treatment Action Group (TAG).

“Ending AIDS as an epidemic is not just the right thing to do for the health of New Yorkers―it’s also cost-effective. We simply can’t afford a status-quo approach to HIV,” the report argues. “Every new HIV infection costs $443,904 in health spending alone (the discounted present value of $798,300 in lifetime HIV treatment costs). ETE implementation would improve the health of New Yorkers living with HIV and prevent 10,850 new primary HIV infections between now and 2020, as well as thousands of secondary downstream infections.”

The Housing Works and TAG analysts calculate that, “The ETE plan is expected to generate over $6.8 billion in total Medicaid savings, reducing Medicaid spending by a net $4.5 billion after factoring in an investment of $2.3 billion for incremental treatment costs. The expansion of essential housing services called for in the ETE plan will alone produce net public savings of at least $1 billion through increased stability and improved health outcomes for New Yorkers with HIV who are currently homeless or unstably housed. An AIDS-free New York stands to gain much―in both human and fiscal terms.”