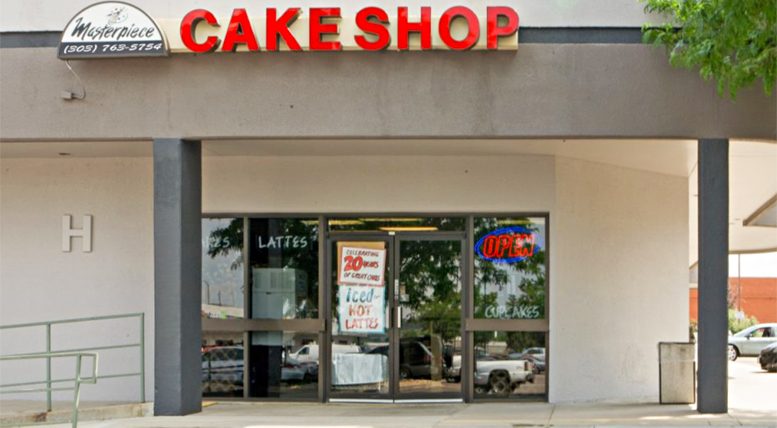 “The highest court in Colorado today affirmed that no one should be turned away from a public-facing business because of who they are or who they love,” said Ria Tabacco Mar, staff attorney for the American Civil Liberties Union’s LGBT Project, who argued the case. “We all have a right to our personal beliefs, but we do not have a right to impose those beliefs on others and harm them. We hope today’s win will serve as a lesson for others that equality and fairness should be our guiding principles and that discrimination has no place at the table, or the bakery as the case may be.”

In 2012, Colorado residents David Mullins and Charlie Craig, along with Charlie’s mother Deborah Munn, visited Masterpiece Cakeshop to order a wedding cake. Mullins and Craig planned to marry in Massachusetts and then celebrate with family and friends back home. Masterpiece Cakeshop owner Jack Phillips informed the couple that, because of his religious beliefs, it was his standard business practice to refuse to provide cakes to customers for same-sex weddings. Phillips has turned away several other couples for the same reason.

Colorado’s Anti-Discrimination Act prohibits businesses, such as Masterpiece Cakeshop, from refusing service based on factors including race, sex, national origin, or sexual orientation. The American Civil Liberties Union and the ACLU of Colorado filed suit on behalf of Mullins and Craig in 2013.

In December 2013, an administrative judge ruled that the bakery had illegally discriminated against the couple. In 2014, the Colorado Civil Rights Commission affirmed that ruling. Masterpiece Cakeshop appealed. In a unanimous decision issued on August 15, 2015, the Colorado Court of Appeals ruled that the bakery unlawfully discriminated against David Mullins and Charlie Craig by refusing to sell them a cake for their wedding reception.

When businesses and other institutions that serve the public have sought exemptions to laws barring discrimination based on sexual orientation and gender identity, the courts have held that businesses are required to comply with anti-discrimination laws. The courts have ruled without regard to whether LGBT people could have obtained the goods or service elsewhere.  Instead the courts have recognized the harm to equal opportunity if lesbian and gay people can be turned away from businesses otherwise open to the public because of who they are.