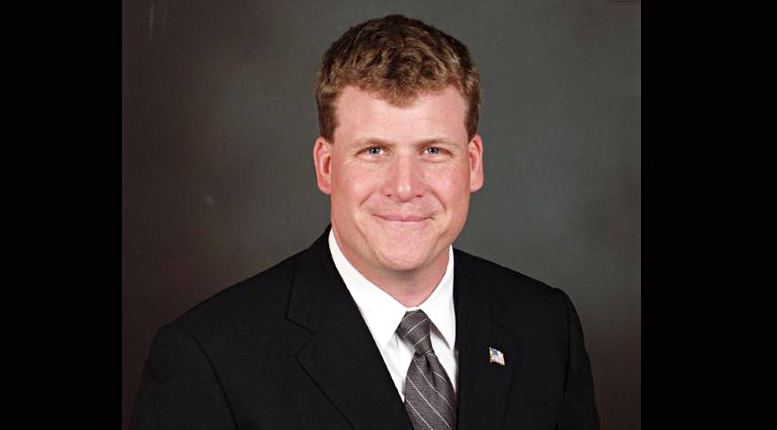 Some LGBTQ People wish there were more resources in the area

Communities around Massachusetts and the New England area have various services, entities, and groups geared toward supporting LGBTQ people. In some cases, the variety of services might be enough, while in others, more work needs to be done.

ATTLEBORO, Mass.—A city of more than 40,000 people, according to the 2010 United States Census, Attleboro, Massachusetts is, in many respects, an open and accepting community.

In terms of the on-the-ground social climate in Attleboro, Mayor Paul Heroux believes the city is welcoming and equitable.

“We don’t have a problem with discrimination one bit,” he said.

Heroux, has also served as a state representative for the Second Bristol District, which includes Attleboro, from 2013 to the present.

However, Laurie Sawyer, a board member of Attleboro’s local Parents, Families, and Friends of Lesbians and Gays (PFLAG) chapter, said this openness belies a lack of services for LGBTQ people.

“I feel [Attleboro] being open, even though there are not very many resources to that effect,” Sawyer, who is in a same-sex relationship, said. “We do have a church that’s open and affirming, which welcomes all, and specifically LGBT people.”

The Second Congregational Church in Attleboro, where Sawyer said her PFLAG chapter meets, is an inclusive institution. Sawyer also indicated the Murray Universalist Unitarian Church is open and affirming.

However, simply having a church that is open, Sawyer said, doesn’t have as much of the impact she believes is needed for a truly open and affirming society.

“It could be the lack of people knowing about it, but also LGBT people specifically don’t really use PFLAG, it’s the families, and not everybody is going to church,” she said. “The church atmosphere has been changing though, especially in the last few years.”

In an e-mail, Sawyer said the need for a more visible presence of LGBTQ people in city affairs is the next step to fostering a more diverse environment in Attleboro.

Sawyer has sent a letter of interest to take a vacant seat on the city’s Human Rights Commission.

“When these concerns are brought up, there needs to be a way to correct them directly to the mayor. This is why I suggest it be part of the city Human Rights Commission to bring about inclusion to all because it is a city group,” she said. “This group should also be a voice and a face in the city. They should be allowed to be involved in city events such as the Winter Festival (in February) and the Expo for the Senses (in the summer).”

Mayor Heroux succeeded Kevin Dumas as Mayor of Attleboro. On his campaign website, amid lists of campaign goals, Heroux explicitly lists the LGBTQ community as one of the groups for whom he hopes to “run the city.”

Dumas, Attleboro’s former mayor, concurred. He served as mayor for seven terms and 14 years—from 2003 to 2017—until he lost his seat to Heroux in November. Dumas was elected at just 27 years old, making him the city’s youngest mayor.

According to Dumas, the community is supportive. In his experience, his sexual orientation did not affect his role as mayor.

“There was no backlash at all,” he said. “I had grown up in the community and [it’s] very open. I ran [for mayor], I was open about who I was, and that wasn’t an issue in my election. Nor was it an issue in my fourteen years.”

During Dumas’ tenure as mayor, Attleboro began LGBTQ Pride festivities, including a flag-raising ceremony. Being a suburb of both Providence, Rhode Island and Boston allows Attleboro to have a presence in Pride in both of the cities.

On January 2, inauguration day in Attleboro, Heroux said he, “intentionally selected a gay woman [as] the master of ceremonies.” And of the two people who introduced him before the ceremony that day, one was homeless, and the other was a trans teen.

“I personally wanted to make a statement about my support for transgender individuals,” he said.

And, according to Heroux, despite the conservative political base, Attleboro is welcoming of the LGBTQ community.

In terms of HIV/AIDS support organizations, the mayor said the town does “have a number … but in addition to that, the school system here is very supportive of LGBTQ rights—especially transgender rights. We have a number of transgender students who are openly out.”

According to David Sawyer (no relation to Laurie), Attleboro Public Schools (APS) superintendent, the LGBTQ community is “active and proud” in the school system.

“The national mood is threatening to many youths, especially to those from traditionally marginalized groups,” he said. But the APS LGBTQ students are, “certainly eager to promote their rights and general acceptance in the face of these challenges.”

In fact, the APS administration is currently busy planning their second annual forum on gender, the first of which was held in April of last year with the goal of bringing awareness to issues facing the trans student community.

The gender and sexuality alliance (GSA) is also “quite active” at Attleboro High School, David said.

“We now have some clubs around inclusion and diversity developing at our middle schools as well.”

Laurie Sawyer said she believes the school system can go a step further, reaching into younger populations to teach inclusiveness and understanding.

“Our younger population needs to know that it is OK for them to be questioning their sexuality. I think there should be a GSA in the middle schools as well as the high school,” she said. “GSAs could also be associate members to the HRC and send a representative to the meetings to discuss issues.”

The biggest change in LGBTQ representation there in the last five or 10 years?

“Acknowledgement of and acceptance for transgender students,” David said.

The APS administration aims to contribute to inclusivity in the district. “The faculty [here],” he said, “has included many members of the LGBTQ community for as long as I have worked here—over 20 years.”

“I’m proud to support it, I’m proud to promote it, and [to] anybody who has a problem with that, I’m also proud to speak out and say ‘You’re a little bit behind the times. This is discrimination,’” Heroux said.

“There’s a lot of information that needs to go around,” he said.

“[It] wasn’t as prevalent when I was growing up, but certainly [is] now … specifically transgender youth in our schools.”

It’s important, Dumas continued, “to have … a welcoming public [school] district and educators that are very present and aware in making sure those youth … [have] their protective services and anti-bullying policies … in place.”