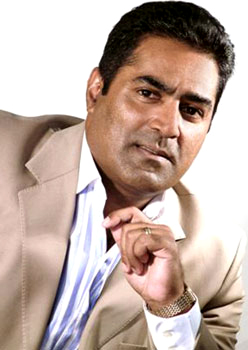 Earlier this month in South Africa, workers were on strike at a Marikana platinum mine demanding better wages. Police shot their guns into the crowd. Dozens were injured and 34 people are dead. That’s in addition to the 10 people previously killed at the mine.

It’s like a folk tale created to tell around the campfires at the Republican National Convention: unions (the enemy), capitalism (King), race (Lonmin is a British company), money (platinum = major bling), guns (sacred), and homosexuality (wait, what?) all rolled into one.

Now, if you’re finding yourself singing the Sesame Street “one of these things doesn’t belong” song, that’s understandable. But it also means that you just aren’t thinking like a self-professed man of God.

Enter Errol Naidoo, the director for Family Policy Institute South Africa, to explain the Marikana mine tragedy to all of you blind to the obvious.

In an Aug. 22 Family Policy Institute newsletter, Naidoo  wrote, “The murder of more than a million unborn citizens has perpetuated a culture of death in SA. Life has become cheap and has lost its dignity and sanctity in a culture that glorifies self-gratification. There has been much hand wringing and recrimination about the Marikana Massacre. But when human life is diminished in the womb, that callousness will find its way into the national psyche.”

Got that? Because of abortion, police officers gunned down workers striking so that they might earn a slightly more decent wage mining platinum, which has only increased in value pushing up profits for the mining companies (although Naidoo doesn’t bother to address the greed and oppression and brutality at the heart of the strike because that doesn’t mesh with his “abortionists are the enemy” message).

But what does this have to do with homosexuals? According to Naidoo, “Abortion-on-demand, driven by radical feminist activists and the homosexual agenda, lie at the heart of the culture of death.”

Now, how exactly homos are driving people to terminate their pregnancies “on-demand” is not clear. But what is clear is that homosexuals are basically to blame for everything because they just make God so dern mad He’s got to go out and kill folks. And then “Christians” like Naidoo are all, “You go, God. You show ‘em.”

This isn’t anything new, of course. You’ll remember that in 2001 Jerry Falwell and Pat Robertson blamed “the pagans, and the abortionists, and the feminists, and the gays and the lesbians” for 9/11. Rev. John Haggee blamed gays for hurricane Katrina. Fred Phelps of the Westboro Baptist Cult blames homos for everything. Homos are multi-faceted havoc wreckers.

This isn’t Naidoo’s first brush with gay-bashing, though. According to Pink News, three years ago he said, “I hate gays. It runs against God’s wishes.”

He’s not following the usual “love-the-sinner-hate-the-sin” line of bull. And proudly so.

“I pray not for gays myself, but I know there are many ministries in the country who continue to pray for gays,” he said, again according to Pink News. “And their success rate is very good. I know of many cases where men and women forsake their evil ways and now live in healthy, normal relationships.”

Naidoo hates gays too much to bother wasting his prayer on them, but take it from him, that shit works. Homosexuality is the disease and prayer is the cure. As for the miners, let’s hope they figure out who the real enemy is so they can stop all of this striking nonsense and beat up some queers.