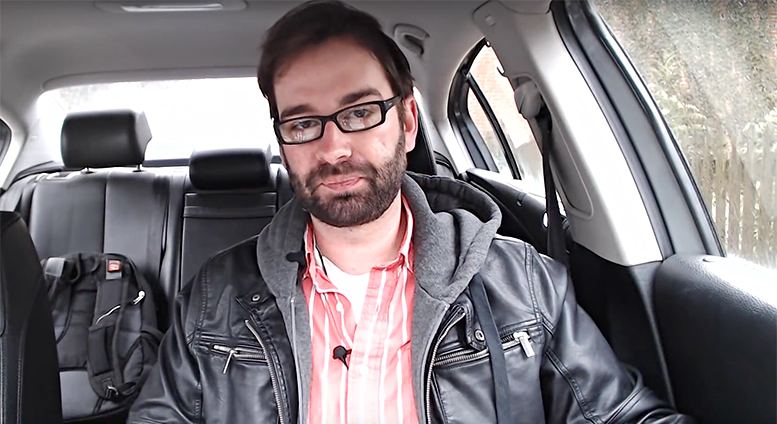 A one-car-hideaway show, as Matt Walsh calls it

It should be obvious by now that the Creep of the Week every week is Donald Trump. He is a cancerous tumor on the U.S, and as a nation we desperately need a Trumpectomy.

But, let’s not forget about all of the others who were creepy long before Trump became the false idol of the so-called religious right. While the right-wing adoration of Trump might seem hypocritical, it’s really a match made in heaven. Because the right-wing agenda has always been about power and oppression, never about morality. If having Trump as president allows the right-wingers to wrest the right to marry from lesbians and gays or drive transgender men and women out of public life then Trump can screw and pay off all the porn stars in the world. Mission accomplished. So conservatives can spare me the moral outrage act over anything related to sexuality.

And yet on April 23 conservatives want parents to keep their kids out of school in order to protest sex education for fear that the kids might learn that gay people exist and that gender can be expressed in various ways.

“Parents across the country will be keeping their children home from school to protest the insane, pornographic, morally debased propaganda that passes for ‘sex ed’ these days,” wrote Matt Walsh for The Daily Wire. “It’s about time that parents took a stand against this madness.”

Walsh, a conservative writer and self-described “extremist,” presents a novel approach to sex-ed that will work perfectly once robots take over the world.

This is a pretty standard conservative take on sex ed: that sex should be divorced from pleasure and should only be used to make babies. Of course, we also don’t want teenagers having babies, which is kinda why sex ed is important. Because teenagers are having sex. Whether they know how to protect themselves or not.
Sex is not a product of Satan, as Walsh implies. It’s a healthy, normal part of human life that way too many people have hang-ups about because of the kind of senseless shame promoted by folks like Walsh.
“My only problem with the [April 23] sit-out is that it’s too short,” Walsh writes. “It should be permanent. But this is a good first step.”

This idea that public education is a finishing school for sexual deviance is damaging not only to children but also to their parents and their communities as conservatives with the backing of Betsy DeVos work to tear down this pillar of American life and democracy. So yes, parents should be aware that mythical sex-ed horror tales are being used to promote the destruction of their kids’ schools. And they should absolutely take a stand against this madness.