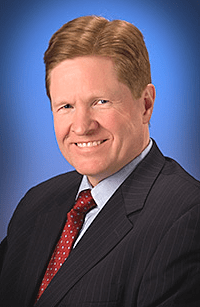 As I write this gays and lesbians are celebrating the fact that President Obama called for equal rights for everyone, not just straight people, during his Inaugural address. This was the first time a President has expressed his support for gays and lesbians at this event.

Conservatives, on the other hand, are sad bastards. Scrolling through conservative social media feeds you’d think the #tcot (that’s “Top Conservatives on Twitter”) were live-Tweeting a funeral. Or they were just bitching.

The Young Cons, a “Christian and Conservative Duo from Dartmouth College,” wrote, “The poem Obama wanted to read: Roses are red, Violets are blue, I won reelection, now I’m ready to screw you. #tcot.”

Whatever, Young Cons. That doesn’t even scan.

The poem that actually was read at the Inauguration was “One Today” by Richard Blanco, a known gay whose selection as Inaugural Poet must have felt to conservatives like Obama just rubbing his pro-equality message in.

Speaking of that message, during his address Obama said, “We, the people, declare today that the most evident of truths — that all of us are created equal — is the star that guides us still; just as it guided our forebears through Seneca Falls, and Selma, and Stonewall; just as it guided all those men and women, sung and unsung, who left footprints along this great Mall, to hear a preacher say that we cannot walk alone; to hear a King proclaim that our individual freedom is inextricably bound to the freedom of every soul on Earth.”

In case you didn’t catch how gay that was, let me spell it out for you: He name-dropped Stonewall, the historic rising up of LGBT people against police harassment in New York, in 1969, considered to be the birth of the LGBT rights movement. Not only did he name it, but also he put it in the company of the women’s rights (Seneca Falls) and civil rights (Selma) movements. To say that’s a rousing endorsement for LGBT rights is an understatement.

Obama continued, “It is now our generation’s task to carry on what those pioneers began. For our journey is not complete until our wives, our mothers, and daughters can earn a living equal to their efforts. Our journey is not complete until our gay brothers and sisters are treated like anyone else under the law — for if we are truly created equal, then surely the love we commit to one another must be equal as well.”

Beautifully put, if I do say so myself (and I do).

But not everyone was so moved. Peter Sprigg of the Family Research Council took issue with a Tweet from The American Foundation for Equal Rights that quoted Obama: “for if we are truly created equal, then surely the love we commit to one another must be equal as well.”

Sprigg graciously responded, “All PEOPLE are equal; all conduct, relationships are not.”

Sprigg then ReTweeted a post from Gina Dalfonzo who is affiliated with the Break Point Blog, which promises “A conversation on current events and Christian worldview.” Sprigg’s Tweet read, “Exactly. RT @ginadalfonzo: Um, Mr. President, our gay brothers and sisters ARE treated like every other citizen under the law.”

This is, of course, a favorite line of argument against marriage equality. That gays and lesbians have the same rights as everyone else to marry someone of the opposite sex.

Sprigg even took time out to make fun of Bishop Gene Robinson. Sprigg responded to Robinson’s Tweet: “Invited by POTUS to sit in the Presidential viewing stand. Practicing my queenly wave!” by Tweeting, “Real tweet. No comment.” Get it? Because OMG, Obama is letting a gay homo sit with him and that gay homo is being all gay about it. Eww!

Bottom line, regardless of the conservative bellyaching, Obama’s speech was nothing short of historic and progressives are hoping the sequel term is even better than the original.