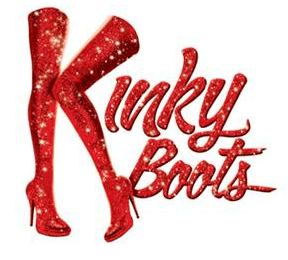 Iconic performer Cyndi Lauper has released “Sex is in the Heel,” a remixed selection from the upcoming musical Kinky Boots. The track is available for free download starting  at www.kinkybootsthemusical.com. Lauper debuted a live performance of “Sex is in the Heel” at NY Pride Parade this Sunday.

In Kinky Boots, Charlie Price is forced to step in and save his family’s shoe factory in Northern England, following the sudden death of his father. Help comes from the unlikeliest angel, a fabulous drag performer named Lola. Together, this improbable duo revitalizes the failing business, while helping one another grow into the men their fathers always dreamed they would become and transforming an entire community through the power of acceptance.

For tickets for the Chicago engagement of Kinky Boots, visit BroadwayInChicago.com.

A Grammy and Emmy award winning artist with more than 25 sterling years and global record sales in excess of 30 million, Cyndi Lauper has proven that she has the heart and soul to keep her legion of fans compelled by her every creative move. 2012 is proving to be another amazing period for this career artist as Lauper brings Kinky Boots to Broadway, premieres her own WeTV reality show in partnership with Mark Burnett Productions, releases her autobiography on Simon & Schuster and continues her philanthropic work through her foundation, the True Colors Fund.