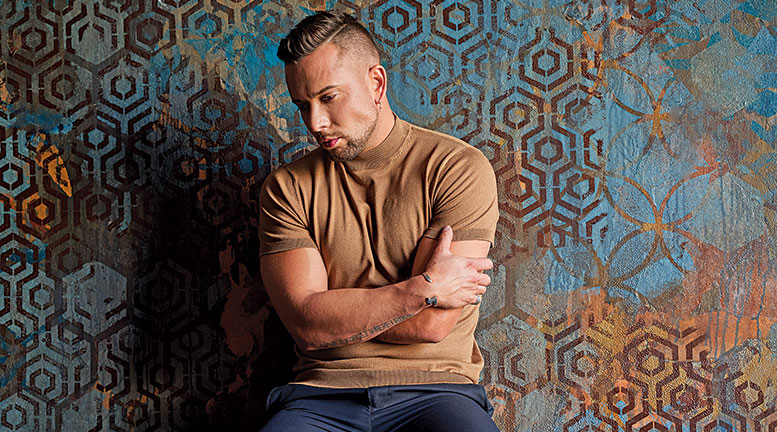 New Release is Not Pronoun Specific and that, according to David Hernandez, was Intentional

By: David Luhrs/Special to TRT

American Idol’s David Hernandez will release “ILY.”, a new summer anthem that is perfect for the Pride season, on May 21. Co-written with Stewart Taylor and produced by Alex Teamer and Push Kahlon, its powerful message is one of inclusion and how it is vital that we love one another for who and what we are. “ILY. is not pronoun specific and that was intentional,” Hernandez points out.

“I want everyone to be able to identify with the song’s message. We are lacking inclusion in music and it needs to be recognized because inclusion inspires understanding and humanizes our experiences,” Hernandez said of “ILY.” The single is being distributed independently and is available now on Apple Music, Spotify, Tik Tok, Amazon, and all other major e-music retailers. Its music video is on YouTube.

It is important to David Hernandez that we normalize the LGBTQ experience, and instill in everyone that love is love, regardless of race, gender [identity], or sexual orientation.

“Growing up, I was only taught the dynamic and gender roles between a man and a woman,” Hernandez explained. “There was never any rule or guidebook on how two men can co-exist in a romantic relationship. Navigating it on my own has been challenging, especially when many people in the world still continue to view same-sex relationships as not normal.”

The “ILY.” video, shot by Arno Diem, depicts two people in a relationship that are struggling with each other’s shortcomings and insecurities. They visit a therapist, played by trans actress, Alexa Abraxas, and discover that through the heartache, they share a common thread of love for one another and that for many, it’s the obstacles we overcome that make a relationship stronger.

Benji Schwimmer from So You Think You Can Dance plays David Hernandez’s love interest in the video. He also choreographed the dance sequence that he taught to David in two days.

“I had never danced so much in my career!” David laughed as he commented on the intense dancing routine. “Benji is an incredible and patient teacher. He made the experience much less stressful and really helped me to connect the movement to the music. “

In turn, Schwimmer had words of praise toward Hernandez and his devotion to his art.

“Talent is a funny thing,” Benji Schwimmer reflects from his LA home. “It sometimes means you have to deal with personalities that aren’t the easiest to get along with because it goes hand in hand with one’s genius. That was not the case with David. Here you have an artist who not only can sing the roof off but also was on time for every rehearsal, practiced till we both were hot sweaty messes, and never stopped seeking the best solutions to the project at hand. Beyond all of that, David is just an awesome, humble person, and it was a true pleasure to be able to move and create with someone I now call a friend.”

He has released two full-length albums, 2011’s I Am Who I Am and most recently, KINGDOM: THE MIXTAPE, an album that included twenty original tracks, many of which reflected on the love and loss he experienced since rising to fame on American Idol.

Hernandez and Schwimmer recall different experiences coming out. Hernandez’s was simple in that he phoned his mom after a breakup, crying, “Mom, someone broke my heart.” She asked, “Who baby? What’s her name?” David answered, “Shane.”

Schwimmer’s coming out consisted of battling through fourteen years of reparative therapy within the Mormon Church. He fought his temptations towards the same sex for many years until finally coming out via a 4-hour film documentary.

Hernandez hopes “ILY.” inspires acceptance and understanding as grace and love are essential.

“We are all beautiful and intricate beings that just want to love and be loved,” he said. “This Pride season, be who you are unapologetically and authentically. Break free from judgment and live your best life! ILY.”