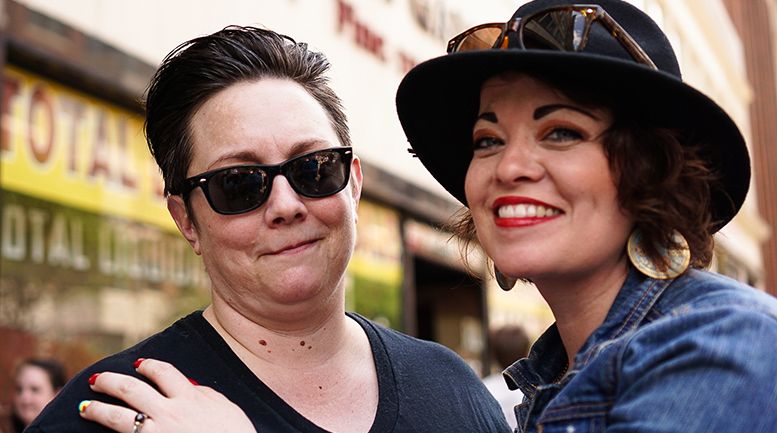 BOSTON—This week, the Centers for Medicare & Medicaid Services (CMS) withdrew a proposed 2014 rule that would have required long-term care facilities such as nursing homes to recognize the marriages of patients and residents who are married to someone of the same sex.

“We have long known that lesbian, gay, bisexual, and transgender people experience high rates of discrimination in health care,” said Stephen L. Boswell, MD, FACP, President & CEO of Fenway Health. “For far too long, same-sex partners or spouses have been denied the right to visit their spouse in the hospital or denied decision-making responsibilities for their spouse. The 2014 proposed rule was put in place to reduce the likelihood of such discrimination by explicitly detailing the rights of same-sex couples and the responsibilities of healthcare providers and administrators in recognizing them.”

In withdrawing the rule, CMS Administrator Seema Verma noted that the U.S. Supreme Court’s 2015 ruling in Obergefell v. Hodges, which found that the marriages of same-sex couples must be recognized in all 50 states and not just the state in which the marriage was performed, made the proposed rule unnecessary. However, the Supreme Court has previously found that the practice of specifically naming the groups who are protected from discrimination is essential for a non-discrimination law to have its intended effect.

In 1996, in a case overturning a Colorado law prohibiting local and state nondiscrimination laws from naming sexual orientation as a group that could be protected from discrimination, Supreme Court Justice Anthony Kennedy wrote for the majority that “[e]numeration is the essential device used to make the duty not to discriminate concrete and to provide guidance for those who must comply.”

“The Fenway Institute trains staff at hospitals, community health centers, and municipalities around the country on how to provide quality care to LGBT people, who have historically had poorer health and health outcomes than the general population,” Boswell added. “We have found that it is critically important to educate staff about basic rights that LGBT people have under the law, and the responsibilities all staff have toward patients or residents who are in same-sex relationships. A landmark Supreme Court ruling, regardless of how momentous it was, does not erase that need to educate healthcare providers and administrators.”

Additionally, six states―Indiana, Arkansas, North Carolina, Tennessee, Mississippi, and Florida―have passed legislation that permit health care providers, government employees, and businesses to discriminate against LGBT people and same-sex couples based on religious or moral belief. The Tennessee law, for example, permits therapists and counselors to deny treatment to any patient if that patient has “goals, outcomes, or behaviors” that would violate the “sincerely held principles” of the healthcare provider. The law specifically overrides the American Counseling Association’s Code of Ethics, which states that professional counselors may not refuse clients based on gender identity and sexual orientation.

More than 200 bills like these were filed in 32 state legislatures in 2016. Many more are being considered by state lawmakers today, and the Trump-Pence Administration, the Congressional leadership, and the Republican National Committee all support a proposed bill, the First Amendment Defense Act, that would permit religious discrimination against LGBT people nationwide. Additionally, the draft strategic plan for the US Department of Health and Human Services would permit anti-LGBT discrimination by faith-based providers.

“It could not be more clear that the proposed CMS rule on the rights of LGBT patients and residents is still needed,” Boswell said. “By rescinding this important guidance, the likelihood has increased that LGBT people and same-sex couples will experience discrimination, neglect and abuse in long-term care, nursing homes and hospitals.”

Since 1971, Fenway Health has been working to make life healthier for the people in our neighborhood, the LGBT community, people living with HIV/AIDS and the broader population. The Fenway Institute at Fenway Health is an interdisciplinary center for research, training, education and policy development focusing on national and international health issues. Fenway’s Sidney Borum Jr. Health Center cares for youth and young adults ages 12 to 29 who may not feel comfortable going anywhere else, including those who are LGBT or just figuring things out; homeless; struggling with substance use; or living with HIV/AIDS.  In 2013, AIDS Action Committee of Massachusetts joined the Fenway Health family, allowing both organizations to improve delivery of care and services across the state and beyond.