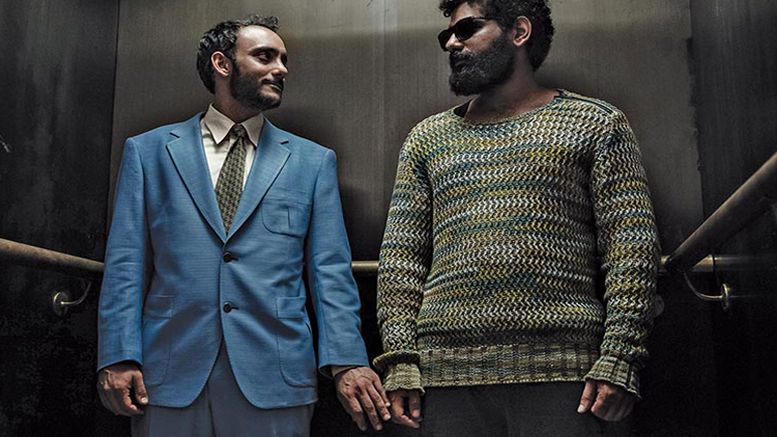 The past 12 months have seen us finding refuge in our own queer selves. The sheer volume of LGBT-themed cultural content allowed a lot of us to see taking the occasional break from the harsh political and social climate of this year as a form of self-care, even if it was just to swoon to the TRL-endorsed, girl-loves-girl pop of upstart singer Hayley Kiyoko. Her summer single “Feelings” was the bounce we needed and we want 2018 to make her a household name.

And on the subject of amazing lesbians, if you haven’t had a chance to get into Netflix’s Godless, a western that involves a town populated almost entirely by women, then you’re late to the romance between Mary Agnes (Nurse Jackie’s Merritt Wever) and Callie (newcomer Tess Frazer). Michelle Dockery (Downton Abbey) is in this one, too, so stop what you’re doing and watch. They have rifles.

We’re also very here for the bisexual journalist and herbal healer Nova (Rutina Wesley) on the amazing and gorgeous Queen Sugar (not to mention transgender actor Brian Michael who played a trans male police officer on that show), for the comics-nerd-power lesbian Maggie Sawyer (played by Floriana Lima) on Supergirl, and for Melanie Chandra on CBS’s Code Black. The medical drama is, OK, fine, kind of for your parents, but we can’t get enough of Chandra’s lesbian doctor. And she’s the only Indian lesbian character on network TV, so she’s vital (also crush-worthy, as several woman-loving women we know have informed us).

Lesbians behind the camera made a dent in year-end critic’s polls, with Dee Rees’s Mudbound (also on Netflix, see how easy this is?) earning acclaim and a Golden Globe acting nomination for Mary J. Blige, while Angela Robinson’s ambitiously polyamorous Professor Marston and The Wonder Women earned critical respect if not the huge audience it deserved. We also loved the powerful documentary Whose Streets? from directors Sabaah Folayan and Damon Davis. It told the stories of Ferguson, Missouri, protestors, some of whom were queer people of color putting their beliefs into actions for the cause of justice.

In theaters, the gay hot ticket was (and still is) Call Me By Your Name, a beautiful post-Brokeback love story between young men not having to hide their affection quite as much as those vintage cowboys. Making a smaller cultural splash was the UK indie God’s Own Country, but it was no less moving or sexy. When it hits home video, go find it (and turn on the captions because those Yorkshire accents are tough).

Will & Grace came back, as though it had never left the ’90s, and it felt like comfort food; American Gods gave us two queer Muslim characters (Omid Abtahi and Mousa Kraish) and a mind-blowingly tender and wildly explicit sex scene that scorched its way into our hearts while serving a big, erect, middle finger to the current belch of anti-immigrant ideas swirling around the cultural swamp; Talk Show the Game Show was the weirdest, queerest, big-word-havingest thing on deep cable thanks to creator and host Guy Branum refusing to dumb it down for you; a middle-school-aged character (Joshua Rush) came out in a sweetly moving sequence on the hit Disney Channel show Andi Mack; Star Trek: Discovery finally put gays in space, and The Exorcist finally gave us a priest making out with a man on national television. Triumphs, all.

Last but not least, Broadway, which matters deeply if you can afford the ticket prices. Dear Evan Hansen won Tony Awards, made audiences cry, and turned Ben Platt into a Millennial heartthrob, which works for us. And the Spongebob Squarepants musical (yes, automatically queer, don’t argue with us) has people all turned on by the guy who plays the plankton.

So here’s to 2018, which promises more queer rebellion, an all-Cher jukebox musical, and the possibility of a Trump indictment. Now, why did Hulu have to go and cancel Difficult People?