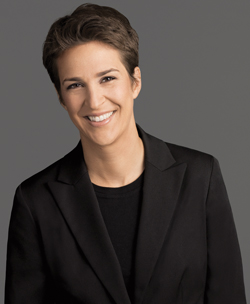 Magic Mike sizzles, The Paperboy does whatever the opposite of sizzle is

It was a year of male nudity at the movies, but it came with some strings attached. It turns out that sometimes what you think is going to happen… well, it just doesn’t. Steven Soderbergh’s hit summer stripper movie opened with a lot of buzz about a lot of naked men. And it more or less delivered, especially where True Blood’s Joe Manganiello was concerned. But what the unsuspecting gays-and-their-straight-girls audience didn’t know was how the film would turn out to really be about the economic crisis and how much of a drag it is to be stuck in Tampa, Fla., in a go-nowhere job. Not quite the lap dance we were promised. Meanwhile, after a storm of press for its Cannes Film Festival premiere, Lee Daniel’s much-outraged-about The Paperboy (the one where Nicole Kidman urinates on Zac Efron’s face) barely made a noise at the box office. And it can be argued that Efron – mostly appearing in the film in a variety of dampened pairs of underpants – and co-star Matthew McConaughey both show much more skin than anyone in Magic Mike (McConaughey included, since he was in both films). It’s just that nobody seemed to care.

Gay shows get cancelled, audiences refuse to freak out too much about it

The New Normal is still buzzing along, thanks to juggernaut-master Ryan Murphy grabbing hold of the TV zeitgeist and turning every show he creates into miniature tempests of one-liners and plot continuity frustrations. But Partners is already done, out of here, erased. From the creators of Will & Grace, it came and went without audiences making much online outcry (the place where all outcries go to be stoked these days). It turns out that with so many gay characters on so many shows, the days of rallying around the only flag in town are over. You have to be the kind of gays we want to actually watch. And no, nobody has a good answer for what kind of gay that is. Ask the still-smarting-from-defeat cast of The A-List: Dallas about it.

Rachel Maddow is the boss of election night 2012

How great is it to have a brilliantly smart, rational, funny lesbian leading the pack of TV political pundits? That’s a rhetorical question, of course. Sure, Rachel Maddow fumbles the ball every now and then, like any human being hosting a news program will, but overall she couldn’t be any better if she were dreamed up by a team of thoughtful lesbian marketing wizards. And the MSNBC host cemented her place as a leader in the world of talking heads on election night, as one run-of-the-mill, middle-of-the-road male pundit after another seemed to be courting her favor while results poured. And because she is a recently installed queen, she was still gracious to them all. Long may she reign.

OK, to be honest, we were actually rooting for Natalie and Nadiya, the Sri Lankan identical twins who never stopped shouting, “GO TWINNIE!” to win this season of The Amazing Race. But when they were ousted close to the end, our second favorites, the bickering married gay goat farmers from upstate New York (making a sideline visit to competition game shows from their own reality program about what it’s like to be, well, gay goat farmers), were still waiting in the wings. Former Martha Stewart Show fixture Brent and author Josh had their share of rocky roads during the race: mistakes and errors nearly sent them home more than once. But when it was all said and done it was a pleasure to watch this couple give each other a big fat victory kiss on primetime television. And nab that cool two million bucks. Free goat cheese for everybody!

The Times of Harvey Milk makes The National Film Registry

The Times of Harvey Milk, the Oscar-winning 1984 documentary from Rob Epstein and Jeffrey Friedman, which also helped lay the cinematic foundation for Gus Van Sant’s later fictionalized biopic, Milk, was recently selected for The National Film Registry, which archives historically important movies for preservation. The story of the 1970s San Francisco City Councilman and gay rights activist marks a first for the Registry, which was previously without any films by or about gay Americans. And if you’re wondering if this is going to open some kind of floodgate, rest assured that I Now Pronounce You Chuck and Larry and Boat Trip are probably not on anyone’s short list.

It’s an explicitly sexual indie film about a gay couple dealing with drug addiction. But Ira Sachs’s Keep The Lights On, an autobiographical account of his relationship with a partner caught in a spiral of substance abuse (a character based on Bill Clegg, whose own memoir Portrait of An Addict As a Young Man tells his version of events) crossed over from the usual gay-indie-cinema world of film festivals and low-key DVD release schedules to win acclaim across the board and a wider release than this sort of thing usually receives. It was sensitive, intimate, harrowing and maddening, intelligently written and directed, and acted with quiet intensity by Danish star Thure Lindhardt and Zachary Booth (Damages). Just because you watched an episode of Intervention once, don’t think you know everything. This movie will take a bite out of you.

“One Million” moms pick  fights with Elle and J. Lo

A group of several thousand online activists calling themselves – counting be damned –One Million Moms, decided to court media attention by organizing an ineffectual boycott of JC Penney after they put Ellen DeGeneres in some of their TV ads. Yes, that Ellen DeGeneres, the frothing monster and supervillain, that one with her own widely watched afternoon talk show, the one who dances adorably with the audience and is generally beloved by actual millions. Then “One Million Moms” decided to get mad at Jennifer Lopez. Why? J. Lo is now a TV producer, see, and she is working on a show where two characters are a lesbian couple with children. Obviously, this is also an outrage because “One Million Moms” hate other moms almost as much as they hate Ellen. When the J. Lo tempest went nowhere, OMM decided to return to the scene of the crime and get angry about JC Penney again for putting Ellen in their Christmas-themed commercials. Or maybe they’re mad about elves and little gingerbread cakes. It’s hard to keep track. More from them in 2013, we’re sure. Hope it’s just as entertaining.

Frank Ocean (and some more usual suspects) come out

Yes, Anderson Cooper. Yes, Matt Bomer. Yes, Jillian Michaels. Yes, Kristy McNichol. We’re glad each and every one of them decided to go public with the information that pretty much everybody already knew. It’s welcome information, yes, and we can always use more people with public voices coming out and committing themselves to the cause of LGBT rights. But who was surprised? OK, besides One Million Moms. And then a real surprise took place in the form of Frank Ocean. Not a household name before the release of his now-Grammy-nominated album Channel Orange, the singer-songwriter and member of the indie-cool Odd Future collective turned the hip-hop world upside down by coming out as a man who loves men. It prompted supportive responses from the (formerly) notoriously anti-gay hip-hop world. Well, mostly. There are always haters. But when you make them upset you’re really doing something right.

*Romeo San Vicente can be reached care of this publication or at DeepInsideHollywood@qsyndicate.com.

The Name Is Quinto… Zachary Quinto