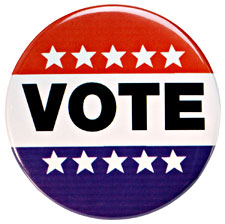 The race is on in earnest for mayor of Boston, with both candidates actively seeking to expand their bases of support to include LGBT voters.

Make no mistake about it: Expect the gay community to be persistently courted by City Councilor John Connolly of West Roxbury and State Representative Marty Walsh of Dorchester.

To be sure, they have every good reason to woo gay voters: LGBT Bostonians and beyond have contributed mightily, in so many ways, to the social and cultural fabric of the region whether in law and politics, science, medicine, and high technology, or the arts and sports, among others.

If the Hub is Boston Strong, there is a discernible, lavender glow in the city’s rainbow mix of diversity.

We are every much a part of the new majority-minority Boston.

We’re here.  We’re queer. We’re visible. We live in all the city neighborhoods.

Sure enough, of gay rights and full LGBT equality, Connolly and Walsh are well aware and ardently supportive.

What’s more, this election — the first real match-up in a generation — is not a matter of the lesser of two evils.

Undeniably, a tried-and-true friend of our community, Marty Walsh is an unabashed backer of LGBT equality. The entire state’s gay community will be eternally grateful for his courageous stand on Beacon Hill during the same-sex marriage battle. He was a key player in beating back a proposed anti-gay amendment to the Massachusetts Constitution that would have rolled back marriage equality ushered into the Commonwealth and nation under Goodridge.

Notwithstanding Walsh’s principled advocacy, elections are still all about choices.

This endorsement is a close call: LGBT voters should come out in full force for John Connolly.

First, Connolly eloquently makes a case for diversity and inclusivity, which, as his website spotlights (http://tiny.cc/yz493w), means “working with the LGBT community.”

“It is imperative that Boston continues to lead the way in protecting individual rights and remains a supportive and safe haven for all residents in every neighborhood,” www.ConnollyforBoston.com states. “Vigorously defending our most fundamental rights and continuously expanding our anti-discrimination laws to protect our citizens,” this to include sexual orientation and gender identity.

As he told a TRT reporter, this means making sure the schools are safe for LGBT pupils, as well as two-parent moms and dads with kids.

Connolly explained, “I know a gay couple who went on a school tour and asked the principal specifically, ‘How will my child feel here that we’re gay?’

“The principal said, ‘Well, we don’t take any stance on political issues.’

“That’s an answer that is not okay. That reflects the need for more education and development of our staff.”

Connolly continued, “We want [faculty, staff, students, and parents] to be able to walk into school, feel accepted and welcomed, always in dialogue learning from each other. We don’t want anyone to feel they cannot say who they are.”

“On the whole,” he said, “we’re doing a good job, but we do have those places where you hear [these kinds of] reports.”

Rest assured, we can count on Mayor Connolly to protect and celebrate our families in the public schools.

Third, Connolly, in championing a Boston bid for the Gay Games, knows it’s a Greater Boston endeavor, not just a Boston proper concern.

“This needs to be a regional effort, led by the mayor,” he said during a phone interview, “where we get the private sector to put some money behind” the bid, at the same time, work with “state and other cities” and towns “to get it done.”

“If the mayor says this is a priority, then this will happen,” Connolly explained. “We’ll be able to pull everything together and put the strongest possible bid on the table.”

His is a refreshing view, which looks well beyond the city and region’s tribal and turfy fee-fi-fo-fum mentality. After all, we are all in this together.

In a word, Connolly has the vision for a Boston of the future, one that views her LGBT residents as full and equal participants.

Meanwhile, as LGBT voters cast their votes for John Connolly for mayor, The Rainbow Times also endorses four candidates for city councilor-at-large. They are Michael Flaherty, Stephen Murphy, Ayanna Pressley, and Michelle Wu — all of whom have demonstrated a strong commitment to the LGBT community.

At the same time, some LGBT voters may well wish to vote for one of our own for city councilor-at-large. That would be openly gay Jeff Ross of the South End/Roxbury, a father of two, a bilingual attorney and human rights advocate, with blue-collar roots. His father worked construction; and his mother, as waitress.

Ross is hoping to make Boston history as the first openly LGBT councilor to be elected citywide.

November 5, Election Day, is fast approaching. Get out and vote. It’s a privilege and your duty.