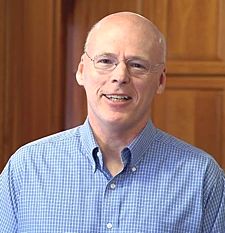 BOSTON, Mass.—Only one candidate for statewide office in Massachusetts has earned his party’s endorsement outright: former state Senator Warren Tolman, a Democrat, who is running to succeed Martha Coakley for attorney general in a primary race that appears to be neck-and-neck, as public opinion polling suggests.

Yet another measure of the race’s hard-fought closeness, Tolman secured the state party’s convention endorsement earlier this year, edging out the other candidate by fewer than 200 votes, according to state party tallies.

In Worcester, John Walsh, former chair of the Massachusetts Democratic Party, introduced the former state lawmaker, telling delegates that Tolman “fought the tough fights and won,” adding, “As attorney general, he will fight for you.”

For his part, Tolman said gun safety would be a top priority if elected. Other issues that animate his campaign include stemming sexual assault on college campuses and combating opiate drug abuse.

“I will use the power of the attorney general’s office to mandate smart gun technology on [new] firearms sold in Massachusetts,” he told convention delegates. “I am the only one candidate running for AG [attorney general]—Democrat or Republican—who has pledged to do this.”

Even before the June 14 Worcester convention, the race was one of importance to many in the LGBT community insofar as Tolman’s opponent, Maura Healey, is openly gay. Both candidates, moreover, are drawing loyal LGBT supporters.

A tried-and-true progressive with a solid track record on gay rights and equality, Tolman, is making his case to the community for votes, vowing to “champion” LGBT rights.

Tolman’s press statement came on the same day he issued an LGBT rights agenda, which included equality protections for all state citizens, safeguards for the LGBTQ community from discrimination, and enhanced services for youth and elders.

During a recent interview at campaign headquarters, Tolman spoke in some detail about his commitment to gay rights and full equality and his longstanding pro-LGBT track record.

“I was sponsoring legislation and pushing a very pro-gay rights agenda at a time when it was very difficult to do so,” he said, referring to his time on Beacon Hill as state representative (1991-1995) and senator (1995-1999) when Tolman pushed for domestic partnership benefits for city workers in Boston and Cambridge.

In addition, he was then chief sponsor of a bill requiring HIV/AIDS information in health education curriculum; sponsored hate crimes legislation that, when it became law, added gay, lesbian, and disabled people to the existing list of hate crime categories, with increased penalties for such crimes; and advocated funding for suicide prevention programs intended for gay and lesbian youth.

“One of the exciting parts of the attorney general’s office,” he said, “is that he can really move an agenda on civil rights and criminal justice,” as well as on “mental health and substance abuse” and “have an impact in a real way.”

As attorney general, Tolman said that “advocacy, working with the legislature, and speaking out in a case-by-case” basis to pursue justice and non-discrimination might also require “making examples of people who are not abiding by the law.”

“When I say ‘use the bully pulpit,’” Tolman explained, “keep in mind that attorney general is the chief law enforcement officer in the Commonwealth.”

He added, “A great deal of credibility comes with the office.”

One LGBT-specific issue that has really captured Tolman’s attention is homelessness. A 2012 Williams Institute study of youth shelters, for instance, found that as many as 40 percent of homeless young people self-identify as LGBT, with family rejection as a key contributing factor to this disproportionate number.

“It is shocking to me that 40 percent of kids are kicked out of the house because their parents don’t want them living there because they are gay,” said Tolman.

“That says to me, here in 2014 in Massachusetts,” he explained, “We’ve got more work to do, more education to do. We need to reach out to all areas of the Commonwealth— urban, suburban, and rural—to all people of every race, religion, and gender. I want to be a leader, and frankly, it’s easier to be a leader today when there is more acceptance than 20 years ago when helping to carry the flag and work on those issues.”

Asked how he would address the challenge of homeless LGBT youth, Tolman said he would “use the bully pulpit to talk about the issue in communities that are otherwise not as receptive on issues we care about and lay it on the table: God loves us all. And remind people that we need to embrace all our brothers and sisters of all races, religions, and sexual orientations.”

Tolman also advocates for legislation that would direct the Massachusetts Office of Mental Health and Human Services to provide housing and support services for all unaccompanied homeless youth.

For all his years in public service and private sector law practice (most recently counsel for Holland and Knight), Tolman has garnered a reputation for progressive advocacy as well as fighting the good fight and getting results. Several gay and lesbian backers, LGBT community leaders and advocates, noted these traits in lining up behind his candidacy.

“I am supporting Warren Tolman because he has a proven track record of fighting for the issues that are important to me as a gay man and as a progressive,” said Boston attorney Tim Schofield. “Warren was taking the tough votes and fighting the good fights at the statehouse long before it was acceptable to be a progressive on Beacon Hill.”

What’s more, “He took on the tobacco lobby and won, and I am confident that he will do the same with the gun lobby,” Schofield said. “Warren also has the professional, practical and political experience to use the position and power of the attorney general to their fullest effect in the courtroom and beyond.”

On Beacon Hill, Tolman lead the charge against “big tobacco” in securing “first-in-the-nation legislation” that required tobacco companies to disclose their products’ potentially toxic ingredients, according to his campaign website.

For Susan Tracy, a former state representative who served with Tolman on Beacon Hill, character and leadership stand out.

“I know him to be a good, hardworking and honorable person,” she said.

Furthermore, “He’s always been a very liberal member of the legislature,” said Tracy. “I can assure you that any bill that was filed of importance to the gay community, Warren would have been a supporter. One would never have any doubt about his commitment or support of gay rights issues.”

And she said, “Warren takes on leadership when there is a reason to take them on and work with them when you need to. He is respectful of both sides. That is a strong skill that many people don’t have.”

“[Warren’s] smart, effective, forward thinking, and he has always been on the right side of history with respect to LGBT issues before history caught up with justice,” said Daffin, a longtime gay rights advocate and LGBT community leader. “I strongly believe, based on our community’s experience in the past, that we need an attorney general who understands the law but also understands how to lead. People say they want an apolitical attorney general. I don’t. I want someone who knows how to get things done when they matter.”

Like Tracy and Schofield, with personal and professional connections to Tolman that date to the mid 90s, Daffin served as one of the co-chairs of [Scott] Harshbarger/Tolman during the 1998 gubernatorial race. Tolman was the Democratic nominee for lieutenant governor. He also ran for governor in 2002, but did not receive his party’s nomination.

“My mom and dad started their family in a federal housing project,” he said.

The first in the family to go to college, Tolman grew up in Watertown, where he lives today, having attended public schools there. He is a graduate of Amherst College and Boston College Law School.

“What I had” all through public schools “was this sense of justice,” he said. “When someone, a bully, would pick on someone else, he would have to deal with me. I remember more than once standing up for other kids because some other kids didn’t like them or where they were from.”

“I always had a sense of justice that was very, very important to me as a young boy,” said Tolman, who said he views “gay rights” as a matter of “equal justice.”

That means, he explained, “Accept people for who they and what they bring to the table, not because of some manner that you don’t like about them.”

The Democratic primary election is Tuesday, September 9. Winchester attorney John Miller is the only candidate on the Republican primary ballot. 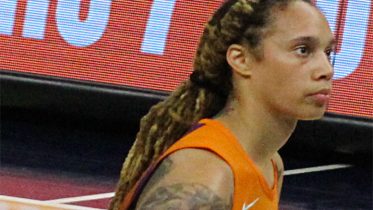