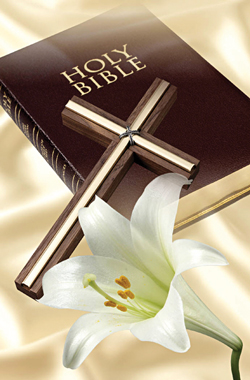 The U.S. Supreme Court issued a landmark ruling on marriage equality. Absent the introduction of a constitutional amendment in Congress and ratified by two-thirds of the states to define marriage between one man and one woman, which is likely to succeed, the law allowing two people of the same gender to enjoy marital rights is still limited because it can’t change hearts and minds.

There are laws to protect minorities in housing and employment and limit behaviors that marginalize the dignity of another human being, but sadly we see often how much work there is to heal the nation on race relations to bring America together. People in parts of the South still have to be convinced why flying the Confederate flag has more to do with racism than family pride and honor.

Russell Moore, president of the Southern Baptist Ethics and Religious Liberty Commission, shared in a recent telephone interview with The Huffington Post that in the long-term the sanctity of traditional marriage will triumph. He also inferred the Commission will look to identify every opportunity to undermine marriage equality.

In June, North Carolina’s Senate overrode a veto by its Republican governor allowing a bill to become law permitting taxpayer salaried government representatives not to perform marriages based on religious beliefs. Although the bill is targeted at same-sex couples, in theory refusing to issue a license or perform a marriage can be religiously justified because the couple is atheist, of different races, living together, previously divorced, or from mixed faith traditions.

The madness is spreading. States are looking for ways to protect “religious liberty,” though in reality no one’s religious liberty, other than LGBTQ freedom of religion, is under threat. Hence, it is especially important for the LGBTQ people of faith and their religious allies to speak up more forcefully.

According to the Pew Research Center, “a majority of LGB adults are religiously affiliated.” In its May 2015 study, it found 59 percent affiliated with a religion. Forty-eight percent identified as Christian and 11 percent non-Christian including Jews, Muslims, Buddhists, Hindus and smaller groups like Unitarians, Wiccans, and Pagans. Forty-one percent subscribed to no religious affiliation. Of this group, 17 percent were either atheist or agnostic leaving by inference 24 percent with some level of belief in a higher power. [pullquote]Although the bill is targeted at same-sex couples, in theory refusing to issue a license or perform a marriage can be religiously justified because the couple is atheist, of different races, living together, previously divorced, or from mixed faith traditions. [/pullquote]

Independent of the study is a New York Times article finding that gay “conservative” evangelicals are among the Christians helping to change hearts and minds with the fiercest opponents to marriage equality. They are some of the voices that must be heard in the LGBTQ community while being promoted as spokespersons in the media so those opposed or uncomfortable with the “re-definition” of marriage can be better informed.

Everything starts with a conversation. LGBTQ persons of faith, as well as religious leaders who are allies to the LGBTQ community, need to be heard and their voices added to the public debate at every opportunity. They can intelligently discuss theology while sharing very personal stories to reassure those who fear change.

Although judicial and statutory law to further justice is needed and important, there must be ongoing efforts by LGBTQ persons of faith to discuss, educate, and as uncomfortable as it may be at times, to directly and respectfully engage with opponents of LGBTQ civil and human rights in public forums.

* Paul is an attorney in the Albany, NY area, seminary trained priest, and corporate chaplain (www.CorporateChaplaincy.biz).