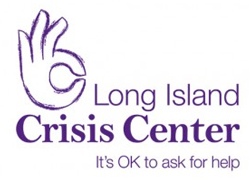 BALDWIN, NY –  Off Sides Entertainment, Inc. announced that it is joining forces with Long Island Crisis Center, Long Island’s oldest suicide prevention and crisis intervention agency, and its LGBT youth initiative, Pride for Youth, in a limited Equity Showcase run of William Finn and James Lapine’s award-winning musical Falsettos.  The production will play at Manhattan’s The Theaters At 45 Bleecker Street from May 30 to June 15, after its critically acclaimed run on Long Island at Lantern Theatre, Long Island’s oldest community theatre.

Funds for LGBT Youth through “Falsettos”

Off Sides is hoping to raise over $5,000 for Long Island Crisis Center, and will be hosting a pre-show benefit dinner on June 2 at Le Pain Quotidien, hosted by MELLOHAWK Logistics, Inc., and featuring special guest appearances by Broadway stars Michael Rupert, Stephen Bogardus, and Alison Fraser.  Rupert, Bogardus, and Fraser are original cast members of the 1979 and 1981 productions of “In Trousers” and “March of the Falsettos”, two one-acts of the “Marvin” trilogy which ultimately became Falsettos on Broadway in 1992 and has only appeared a handful of times on the stages of New York City since then.

“Falsettos” is the heartwarming and heartbreaking story of a non-traditional family striving to survive against all odds.  Set during the post-sexual revolution of 1979 and the horror of the emerging AIDS epidemic in 1981, “Falsettos” tells the story of a suburban Jewish family comprised of one man, his lover, his ex-wife, their son, their therapist, and also a couple of lesbians who live next door.  As the characters cope with their dysfunction and personal flaws, as well as the tragedy of an international health crisis, they somehow find that they can hold themselves to the ground as long as they can hold on to each other.

An amazing cast: the cast experiences

The production features a stunning cast from Manhattan, Queens, and Long Island, including Ezra Hernandez as Marvin, Tanya Wills as Trina, Chris Leidenfrost as Whizzer, Dan Pivovar as Mendel, Matthew Leigh as Jason, Lisa Berman as Charlotte, and Mary Palermo as Cordelia.  Ms. Wills appears courtesy of Actor’s Equity Association.  Says Pivovar: “I love this cast. I don’t know think I’ve ever bonded as closely with a cast before.”

Recalls original cast member Rupert: “The greatest thing for me about ‘Falsettos’ was there had been nothing like it before.  The way Finn wrote was so unique and what he wrote about was, at the time, rather revolutionary.  Just the idea of telling a story about an extended family of gay men, lesbians, bar Mitzvah boys, crazy straight people, loony psychiatrists – all neurotic and all loving – with so few stereotypes and cliches was really pushing the envelope in the 1980’s.  It was quite an event, and on stage we could tell the audiences knew they were seeing something very special and, in its own way, ground-breaking.”

On the importance of supporting L.I.C.C. & Pride for Youth, Rupert notes: “By far, the best memories I have of the time I was playing Marvin are the conversations I would have with young people at the stage door – young people who, as they were coming out to family and friends, so appreciated what we were doing on that stage – telling a story of family, pure and simple.  That’s all these young people wanted…to be part of a family.”

Commented Actress Mary Palermo, who plays Cordelia in Falsettos: “The work of the LI Crisis Center and Pride For Youth is so important and so needed.  I am proud that our work supports their mission to educate the public and provide assistance to LGBT youth.”

Says director Rick Leidenfrost-Wilson: “We’re hoping our work with Long Island Crisis Center and Pride for Youth will bring much needed visibility and new donor support for this critical services organization.   They’re grass roots and volunteer-based.   They provide crisis intervention, especially for LGBT youth who are at risk of suicide, and they provide ongoing HIV and AIDS education and prevention programs.  A lot of people think AIDS is something that happened ‘back then.’ But AIDS is still here and our youth, especially, need educating about it, as well as its history. Long Island Crisis Center and Pride for Youth are exactly the kinds of organizations we want to help.”

“Falsettos” is the most recent of a diverse array of projects for Off Sides Entertainment, whose mission is to create, develop, revive and produce works that challenge America’s social and ideological boundaries while promoting progressive change.  Other major works by Off Sides include “Hockey: The Musical!,” the story of a gay hockey player, which played at the Toronto Fringe in 2008 with a subsequent remount at Toronto’s Betty Oliphant Theater, and Rick Leidenfrost-Wilson’s “The Declaration: an American Parable about Politics and Same-Sex Marriage,” which premiered at the Robert Moss Theatre in NYC, last June, in partnership with Marriage Equality New York and Planet Connections.

Estelle Hallick of Broadway World.com says this production is “brilliantly directed by Rick Leidenfrost-Wilson . . .  [It] mesmerizes from start to finish.   Falsettos is everything a theater experience should be . . . it reels the audience in, good and close, and leaves them thinking about it long after the final note is sung.”