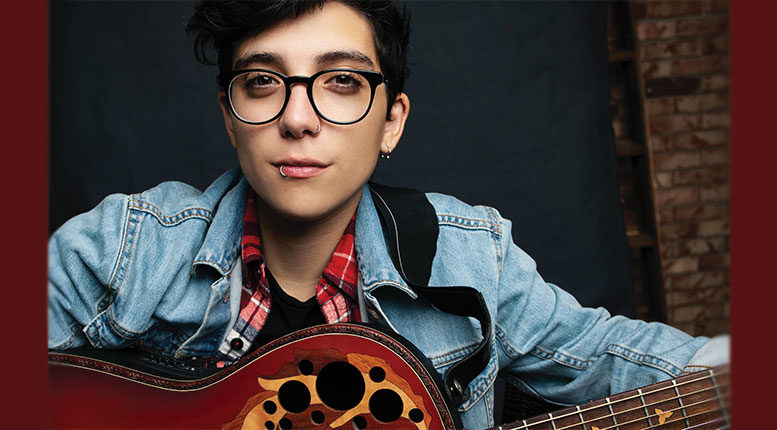 Ryan Cassata surprises fans with a remake of “Jupiter” and new song verse; pays homage to those lost

LOS ANGELES—For the love of his fans, he wrote. To share his life, he sang and composed. Ryan Cassata, a versatile artist, vlogger, writer, and producer found solace and salvation in music and community. His single “Jupiter”, written at 18, was his key to becoming sober later in life. Like many in the LGBTQ community, the young star battled with alcohol and drug dependence early on.

Addiction has no face, no color, no gender, no sexual orientation, no ethnicity, no credo. For some communities, addiction hits them at higher rates. Members of the LGBTQ community are disproportionately affected by drug and alcohol dependence. In fact, according to studies from the Centers for Disease Control and Prevention and others.

“I wrote ‘Jupiter’, originally titled ‘Jupiter, It Won’t Be Long’ when I was in college,” said Cassata in this exclusive to The Rainbow Times. “I wrote it about my teenage years. I spent a lot of them struggling with addiction and watching a lot of my friends do the same. The song is about taking things too far, not being able to communicate effectively, and feeling on the edge, not knowing if you’ll live or die. It is about the experience of ‘partying’ being fun initially, but then turning into something really frightening.”

Though most known for his music, Cassata is a humanitarian at heart. He uses his compositions to raise awareness for vulnerable people often forgotten as depicted in “Alcatraz”, a music video pertaining to mental health issues. He also openly channels his own struggles through song and hopes to help others through their darkness too.

“I want people to feel the good-vibe feelings of the music while listening, but when they dive into the meaning of the lyrics [in Jupiter] I want them to better understand those who struggle with addiction,” the music sensation said.

According to a report in Psychology Today, “Stigma can also directly affect health by encouraging ostracized individuals to avoid social encounters, shy away from healthcare professionals, reach for addictive substances to quell their anxiety and aloneness, or engage in (other) risk-taking behaviors …”.

“I always felt a little bit like a misfit growing up and I think experiencing gender dysphoria, bullying at school, and having so many close friends and family dying really impacted me in a negative way,” he said. “I needed to escape and naturally I turned to drugs and alcohol to do that.”

The need to numb the pain caused by anti-LGBTQ sentiment, public discrimination, trauma from hate crimes and violence and a need for self-acceptance are just some of the culprits the CDC reported as being a catalyst for the disproportionate substance abuse in the LGBTQ community. 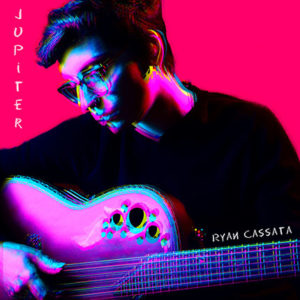 “Being LGBTQ does not cause substance abuse; ‘minority stress’ does,” Psychology Today reported. “… Minority stress occurs when a person experiences hardship because of a socially stigmatized identity like LGBT. Raised in a culture that is not affirming, being ‘gender queer’ does not promote self-esteem. Bullied in school, fired from jobs due to discrimination, and attacked by religious groups, it’s no wonder the LGBT population turns to substances at a disproportionate rate.”

Through ”Jupiter”, Cassata fearlessly shines light on the harsh reality of addiction. He took on the villain and broke the shackles that bound him, the shackles that similarly claim the lives of so many within the LGBTQ community.

“I’m not really sure what caused my addiction, and that goes for other addicts and recovered addicts as well,” Cassata explained. “I think it’s something genetic that happens to some people. I don’t believe that addiction is a choice.”

Cassata attributes conquering his substance abuse to those in his daily life.

Research has indicated that family and societal rejection also play a substantial role in substance abuse and subsequent addiction.

Cassata knows all too well what it is to lose friends and family to the grips of addiction and has dedicated a new verse—a suprise—to pay homage to those lost in his reimagined remake of ”Jupiter”.

“Somehow, after losing more friends than I can count on both hands to the disease of addiction, I am still able to stay sober and not want to interact with drugs or alcohol,” he said. “I’m also able to celebrate my life and fully live my life. I thought drugs and alcohol would give my mind some freedom, but sobriety has actually been the most freeing thing for me.”

The more pervasive discrimination a person faces, the more at-risk they become to develop substance abuse, found a 2014 survey. In Boston, a partnership formed by The Fenway Institute, BAGLY Inc., and Boston GLASS was formed to gather information about the health concerns of LGBTQ youth of color and strategies to improve their health. The research survey, Our Health Matters: Mental Health, Risk, and Resilience Among LGBTQ Youth of Color Who Live, Work, or Play in Boston found jarring outcomes.

“Between February and August 2014, over 300 youth 13 to 25 years of age completed the survey, with a final sample of 294 LGBTQ youth of color,” the findings read. “Half of the sample reported binge-drinking and half reported marijuana use in the past 30 days. Over forty percent of youth reported symptoms of depression and/or anxiety and nearly one in five youth attempted suicide within the prior 12 months.”

However, Cassata encourages others to not give up on themselves.

“I want to convey the message to never give up on your dreams; that no matter what you are struggling with, you can get through it, you can find peace and happiness,” the star said. “In March 2019 I will celebrate, 5 years of consistent sobriety.”

Since freeing himself from addiction, Cassata has gained a more authentic perspective on his life and his music has become rooted from within, he said.

“I hope that ‘Jupiter’ will inspire youth to get through their struggles; it doesn’t matter what those struggles are,” Cassata said. “I just hope the song inspires [people] to get through them. The song is about overcoming obstacles and I hope others can find the strength to overcome what they are going through as well.”

If you or anyone you know is struggling with addiction, help can be found by calling the Recovery Connection at 866-811-323 and they can connect you to an LGBTQ treatment program near you. Boston’s Fenway Health Addiction & Recovery Program can be reached by clicking here or calling 617.927.6202.

To connect with Ryan, find him on Instagram @ryancassata and Patreon.com/ryancassata where he is “giving out fun perks,” he said. And if that isn’t enough, Cassata said fans can also sign up to Skype directly with him. Check out the lyric video to the new release of “Jupiter” out on March 12 exclusively via TRT and embedded in this story above.