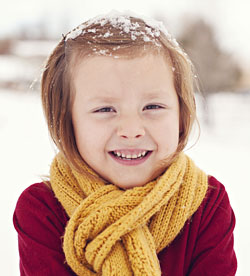 Colorado Springs, CO – Transgender Legal Defense & Education Fund (TLDEF) today announced that it has filed a complaint with the Colorado Civil Rights Division on behalf of a 6-year-old girl who has been barred from using the girls’ bathrooms at her elementary school. For the past year, Coy Mathis, a first-grader at Eagleside Elementary School in Fountain, CO, has used the girls’ bathrooms. In mid-December 2012, the Fountain-Fort Carson School District 8 informed her parents that Coy would be prevented from using the girls’ bathrooms after winter break. The District ordered Coy to use the boys’ bathroom, a staff bathroom, or the nurse’s bathroom.

Coy was labeled male at birth, but has always known that she is a girl, and has expressed this since she was 18 months old. Since kindergarten, Coy has worn girls’ clothing to school. Her classmates and teachers have used female pronouns to refer to her and she has used the girls’ bathrooms, just like any other girl in her school.

The Colorado Anti-Discrimination Act prohibits discrimination against transgender students in public schools. Despite efforts to get the District to reconsider its decision, it has refused to do so. Coy’s parents have removed her from school and are home schooling her until this Complaint is resolved.

“We want Coy to have the same educational opportunities as every other Colorado student ,” said Kathryn Mathis, Coy’s mother. “Her school should not be singling her out for mistreatment just because she is transgender.”

“By forcing Coy to use a different bathroom than all the other girls, Coy’s school is targeting her for stigma, bullying and harassment,” said Michael Silverman, TLDEF’s executive director, and one of Coy’s lawyers. “Through the Colorado Anti-Discrimination Act, Coloradans have made it clear that they want all Colorado children to have a fair and equal chance in school,” he added. “Coy’s school has the opportunity to turn this around and teach Coy’s classmates a valuable lesson about friendship, respect and basic fairness.”

“We have five children and we love them all very much,” said Mrs. Mathis. “We want Coy to return to school to be with her teachers, her friends, and her siblings, but we are afraid to send her back until we know that the school is going to treat her fairly. She is still just six years old, and we do not want one of our daughter’s earliest experiences to be our community telling her she’s not good enough.”