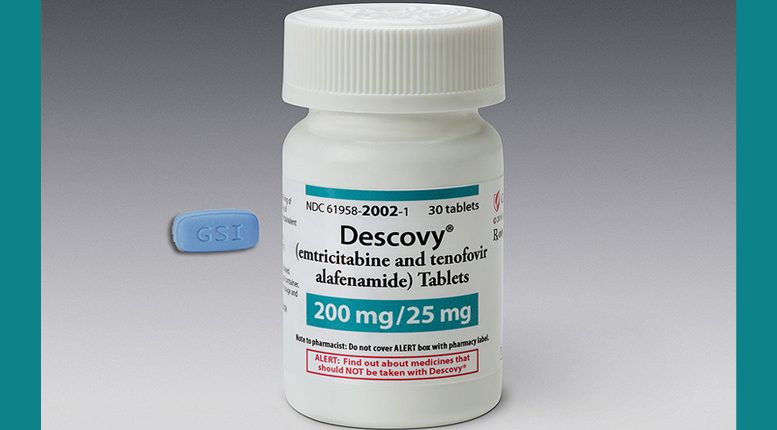 New treatment should not be confused for PrEP

Recently, the FDA approved Descovy, a new “prodrug” used to treat those living with HIV. The antiretroviral medication is considered a safer and more efficient option when compared to other HIV drugs, according to Gilead Sciences, the biopharmaceutical company that manufactured the treatment.

Overall, Descovy, a tenofovir alafenamide (TAF) drug, “is an improvement over the existing formulation of the drug, tenofovir disoproxil,” said Dr. Philip Chan, Assistant Professor of Medicine at Brown University and Director of the STD Clinic at The Miriam Hospital Immunology Center in Providence, R.I. “The approval of this drug is absolutely a step forward in the treatment of HIV. It appears to have an improved safety profile, which is especially important given that people have to take these drugs for life. The major benefits are less renal and bone effects.”

According to a release issued by Gilead Sciences, Descovy’s, “unique combination of emtricitabine and tenofovir alafenamide lessens the impact of antiretroviral therapy … ” As a prodrug, the medication is inert until consumed by the patient.

The Aids Foundation of Western Massachusetts (AFWM) community pharmacists weighed in on the impact of the medication on long-term health as the population ages.

“Regardless of an individual’s HIV status, kidney dysfunction and bone density decline are issues associated with aging,” explained Moleca Mich, Hanan Cherqaoui, Diala Nicolas, and Romina Ya, Walgreen’s community pharmacists for the AFWM. “Kidney function is important for not only the health of a person, but also for the use of medications. With a low renal function, certain medications cannot be used to treat diseases. As for bone density, a longer life expectancy means more physical movement. Since Descovy lessens the impact on bone density, elderly patients might benefit from this as well.”

The dosage of Descovy is significantly less than some HIV medications on the market, amplifying the safety of the drug.

TAF “is effective at a much lower dose. Since a lower dose of TAF is used, the side-effects are less and it is safer,” Chan said.

Adding to the safety profile, Walgreen’s community pharmacists explained that Descovy is generally well tolerated and there are no contraindications.

“It does not have any contraindications nor is it associated with any major drug interactions,” said Mich, Cherqaoui, Nicolas, and Ya in a group interview with The Rainbow Times. “Many other HIV medications interact with other drugs by interfering with drug metabolism and thus effectiveness. This is not a concern with Descovy. Patients have no drug restrictions when it comes to treating other diseases.”

The pharmacy team also said that they have begun to see prescribers integrate Descovy into patients’ HIV regiments and believe that there will be a bigger transition as providers become more informed about the benefits of the prodrug.

“Although pharmacists do not have prescribing rights, we have the opportunity to have a conversation with both prescribers and patients to identify those who are at risk and make any necessary interventions that aim to help patients get the most benefit from the switch in therapy,” said Mich, Cherqaoui, Nicolas, and Ya. “With education, we hope to improve patients’ lives and avoid preventable side effects with this new treatment. However, due to the fact that this is a recently approved medication, it has not yet been incorporated into treatment guidelines and some insurance formularies. As a result, it may not be covered by the patient’s insurance plan at this time.

Although Chan is starting to use TAF in patients, there is likely to be a greater shift toward it in the future.

“As more insurers start to cover the medicine, we will likely change more patients to it,” he said. “A lot of insurers have barriers for new HIV medications [such as] prior authorizations, or the drug isn’t yet on formulary. TAF will become the preferred backbone in the near future, but it may take months.”

In the meantime, Descovy is only approved as a treatment for those already infected with HIV and should not be confused as a Pre-Exposure Prophylaxis (PrEP). 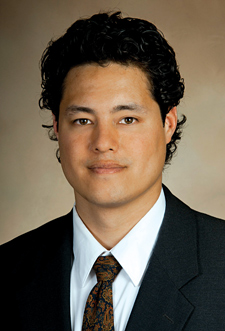 Descovy is “only approved for use as treatment, not for pre-exposure prophylaxis (PrEP), meaning it’s been shown effective for people already infected with HIV,” explained Carl Sciortino, executive director of Aids Action Committee of Massachusetts. “PrEP, which is taking anti-HIV medications as prevention, is a great new tool, but currently only one medication has been approved for that purpose, and that’s Truvada. There are other clinical trials looking at other forms of PrEP, including things like a long-lasting injectable version, but they’re several years away.”

Although Chan is hopeful that Descovy’s combination of TAF and emtricitabine will eventually work as PrEP, he stresses the importance of people not using the drug for preventative measures at this time.

“I expect that the combination of TAF and emtricitabine will work as PrEP, but there is no evidence to date and is not approved for this indication,” he said.

While physicians and patients figure out the logistics of being prescribed the new HIV treatment, Mich, Cherqaoui, Nicolas, and Ya stress the importance of self-care.

“The most important aspect to self-care is definitely being highly adherent to medications,” they said. “This means that the maximum number of missed doses should not exceed 1-2 doses a month. Unlike some other disease states, HIV is usually asymptomatic. Therefore, patients do not necessarily feel the effect of their medications; and in many cases they may be tempted to stop taking them. This can be problematic, as non-adherence can result in medication resistance, treatment failure, and complications.“

Sciortino agrees and underscores the importance of early intervention.

“Living with HIV today is very different than it was even just a few years ago,” said Sciortino. “By getting into care and treatment early, and taking medications consistently, someone who gets a diagnosis of HIV today can live a full, healthy life, with a full life expectancy, and be essentially [noninfectious] as long as they adhere to their treatment.”

Although new treatments are promising, Mich, Cherqaoui, Nicolas, and Ya encourage individuals to talk to both their provider and pharmacist before undergoing new treatment.

“Both are needed in the conversation to ensure that the right individuals can appropriately receive the right medication at the right time,” they said. “If a patient switches to a new medication, they are encouraged to talk to their pharmacist about ways to either ‘properly dispose of the medication or donate it to an AIDS Service Organization.’”

Though more treatments like Descovy are becoming available, the work of supporting the HIV population is far from over.

“There is a misunderstanding that just because HIV medications have become simpler to take and have fewer side effects that our work as a community in caring for those living with HIV is over,” said Sciortino. “There are people who do very well in treatment, who can manage their HIV and adhere to the medication and doctor visits needed, but there are still many people for whom that’s a huge challenge. At AIDS Action we see many clients who struggle not just with HIV but also with mental health, substance abuse, and housing instability and homelessness. Many of them will need a lifetime of support to manage their HIV and stay connected to care.”

Chan adds that there are still common misunderstandings surrounding HIV.

“The biggest misconception I still hear is that ‘AIDS is a death sentence’ or that the medications have ‘lots of side-effects.’ These two misconceptions are still pervasive and are generally untrue,” said Chan.

Regardless of which treatment is prescribed for the management of HIV, Sciortino said people should be empowered by the fact that they have choices.

“Every new medication approved to treat HIV is another tool in the toolbox,” he said. “Having new treatments means that people who don’t tolerate one medication have other options.”

To learn more about Descovy as a treatment option, visit www.descovy.com and talk to your physician and pharmacist.