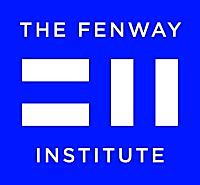 BOSTON, Mass. — The Fenway Institute’s Project THRIVE is currently seeking gay, bisexual, and other men, who have sex with men (MSM) who have experienced childhood sexual abuse who may be interested in participating in a study designed to help reduce emotional distress and sexual risk behaviors related to a sexual abuse history.

MSM are the population most severely affected by HIV in the United States. According to the Centers for Disease Control and Prevention, MSM accounted for 78% of new HIV infections among men in the United States, a rate that is high relative to other at-risk groups (1). [pullquote]MSM with a history of childhood sexual abuse have higher rates of sexual risk behavior and HIV infection relative to those without traumatic experiences. [/pullquote]

MSM with a history of childhood sexual abuse have higher rates of sexual risk behavior and HIV infection relative to those without traumatic experiences. The prevalence of unwanted sexual contact in childhood and adolescence among this group has been estimated as high as 47%, making it one of the most prevalent co-occurring conditions that negatively affects the sexual, physical, and mental health of sexual minority men (2)(3).

Previous research demonstrates that for those who receive psychological intervention to address a history of unwanted sexual contact, as a child or adolescent, significant reductions are found in sexual risk taking and distress.  A full-scale clinical trial is now underway at The Fenway Institute of Fenway Health. This trial is a part of a larger, multi-site study, which provides no-cost therapy, testing, and follow-up for eligible participants.  Some openings remain for those interested in enrolling in the study. Further information on how to enroll into the study can be found at www.readytothrive.org or by calling Josh Baker at 617.927.6401.

Project THRIVE is funded by the National Institutes of Mental Health and administered by the Massachusetts General Hospital/Harvard Medical School. Other study sites include the University of Miami and Boston University.

For more than forty years, Fenway Health has been working to make life healthier for the people in our neighborhood, the LGBT community, people living with HIV/AIDS and the broader population.  The Fenway Institute at Fenway Health is an interdisciplinary center for research, training, education and policy development focusing on national and international health issues. Fenway’s Sidney Borum Jr. Health Center cares for youth and young adults ages 12 to 29 who may not feel comfortable going anywhere else, including those who are LGBT or just figuring things out; homeless or living on the streets; struggling with substance use or abuse; sex workers; or living with HIV/AIDS.