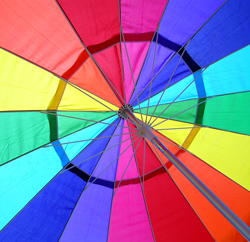 The ACLU of New Mexico, ACLU National, the NCLR, Albuquerque attorneys and an Albuquerque law firm have filed a writ of mandamus with the state’s Supreme Court that seeks a ruling on whether same-sex couples can marry in New Mexico. It also asks the court to clarify that the state honors out-of-state marriages, to ensure that those couples qualify for the federal programs now available to married same-sex partners.

The Rollins School of Public Health at Emory University has launched its annual update of AIDSVu, the most detailed publicly available view of the prevalence of HIV in the state. The update includes new interactive online maps that show the latest HIV prevalence data for 20 U.S. cities, as well as new city snapshots that display HIV prevalence alongside other social determinants of health, like poverty and health insurance status. AIDSVu is a free compilation of interactive maps that display the data at different levels and by different demographics.

Over 200 religious leaders and faith communities have asked an Illinois circuit court judge to overturn the state’s statute that prohibits same-sex marriage. These leaders have signed onto a friend of the court brief in support of a lawsuit pending before a circuit court judge, arguing that religious doctrine should not be written into state law.

Equality Illinois is calling upon elected officials and community leaders to denounce a hate crime that took place in a Chicago neighborhood. The CEO of Equality Illinois stated that the way to lower hate crime rates is through outreach, engagement and education. He also said that conversations need to be lead in neighborhoods about the unacceptable stigmatizing of LGBT people.

Lawsuits filed for freedom to marry

The ACLU has filed a federal lawsuit on behalf of 23 Pennsylvanians who wish to marry or want their out-of-state marriages to be recognized. The ACLU also will amend an existing North Carolina lawsuit to seek the right to marry, and will file an additional lawsuit in Virginia.

The ACLU and plaintiffs have again moved forward in an effort to secure domestic partnership protections by filing an amended complaint that challenges discriminatory statutes covering police benefits, worker’s compensation, end-of-life decisions and more. Justices previously said that the ACLU could move forward with statute-specific efforts to secure equal treatment, which is what the amended complaint does. The legal director of the ACLU of Montana said that they are challenging statutes that offer some of the most egregious examples of how state laws do not provide equal protection to same-sex couples and violate the state constitution.

An agreement to resolve a lawsuit against the Indianapolis Public Schools has been announced. The district was sued after officials did not address relentless harassment a student experienced at school. The gay student endured eight months of harassment and bullying by students and repeatedly turned to school officials for help. Instead, officials blamed him for being too flamboyant. The student was later expelled for trying to protect himself. As part of the final agreement, the district will expunge the expulsion and will compensate the student for his experience.

A new study finds that bonding patterns with adopted children do not vary according to family type. The study, “Lesbian, Gay and Heterosexual Adoptive Parents’ Perceptions of Parental Bonding During Early Parenthood,” indicated that bonding can be attributed to a variety of factors, but that they do not differ between same-sex and different-sex couples.

Lambda Legal announced the expansion of its advocacy for transgender rights, and officially designated this work as the Transgender Rights Project. With it comes the launch of a first-of-its-kind online and mobile hub. “Know Your Rights: Transgender” is a resource to help transgender people understand their rights and make sure they are respected, and will give transgender people across the country critical information at their fingertips. It provides legal and advocacy guidelines on many issues including health care, fighting anti-transgender violence and workplace rights.

GLSEN has released the first national report to look at LGBT youth experience online. According to the report, LGBT youth experience nearly three time as much online harassment as non-LGBT youth, but they also find greater peer support, access to health information and opportunities to be civically engaged. The study, “Out Online,” is based on surveys of 5680 students in 6-12th grade around the country. The president and research director of the Center for Innovative Public Health Research said that technology does not just reinforce negative dynamics, but also offers youth tools for coping with these negative experiences.

Two HIV-positive patients who had developed lymphoma while on long-term antiretroviral therapy underwent reduced intensity chemotherapy followed by stem-cell transplants. Since the transplants, there has been no trace of HIV infection. The CEO of amfAR said that these findings provide new information that will alter the current thinking about HIV and gene therapy and could lead to new approaches to treating and eradicating HIV.

A complaint filed with the Equal Employment Opportunity Commission has been resolved in favor of a transgender woman in Maryland who had filed the complaint after she allegedly was subject to physical and verbal harassment in the workplace. The EEOC conducted a thorough investigation and concluded that there was reasonable cause to believe the company violated Title VII of the Civil Rights Act. The president of Freedom to Work said that this case was the first time in history that the EEOC had investigated allegations of anti-transgender harassment and ruled for the transgender employee.

The New Jersey State Senate and Assembly recently voted to protect minors from dangerous and discredited sexual orientation change efforts with an important bipartisan measure. Governor Christie is now being called upon to sign the bill into law and to protect LGBT youth. New Jersey will then join California as the second state to prohibit these practices, while also showing that it is a welcoming state for LGBTQ youth.

Attorney general will not defend ban on gay marriage

Pennsylvania’s attorney general has announced that she will not defend the Governor and Secretary of Health in a recent lawsuit that challenges the constitutionality of the state’s ban on same-sex marriage. The executive director of the ACLU of Pennsylvania stated that they are pleased that the attorney general recognizes that the ban on gay marriage is indefensible.

The ACLU and the ACLU of North Carolina Legal Foundation has announced plans to challenge North Carolina’s same-sex marriage ban by amending a federal lawsuit that challenges their ban on second parent adoptions. The ACLU is asking the attorney general of North Carolina to agree to allow an additional claim that will challenge the state’s ban on gay marriage. Marriage equality would help same-sex couples protect their children.

A complaint filed by the NCLR on behalf of a transgender student in a California school district has been resolved. The resolution requires that the district treat the student as male and keep his gender status private. The district also agreed to revise its policies to ensure that all students have equal access and opportunity to participate in activities and programs, and will be complemented by district-wide training for personnel and students.

Lambda Legal has filed a motion for summary judgment in the Superior Court of New Jersey. The deputy legal director of Lambda Legal stated that with the repeal of DOMA, New Jersey is in direct violation of a Supreme Court order that requires equality for same-sex couples, and also in violation of the Equal Protection clause of the Constitution.

Attorney general will not defend ban on gay marriage

Pennsylvania’s attorney general has announced that she will not defend the Governor and Secretary of Health in a recent lawsuit that challenges the constitutionality of the state’s ban on same-sex marriage. The executive director of the ACLU of Pennsylvania stated that they are pleased that the attorney general recognizes that the ban on gay marriage is indefensible.

The Senate Committee on Health, Education, Labor and Pensions adopted the Employment Non-Discrimination Act, which would prohibit employment discrimination based on gender identity and sexual orientation, with a bipartisan vote. An ACLU legislative representative stated that this is a another sign that the tide is turning. ENDA now heads to the full Senate for consideration.

The House Energy & Commerce Committee has approved the HIV Organ Policy Equity (HOPE) Act. This bipartisan bill would lift a federal ban on HIV-positive organ donations to HIV-positive recipients. The bill passed the Senate in June. Over 100,000 patients are waiting for life-saving organs, and 50,000 are added annually. If organs were permitted to be transplanted from HIV-positive donors to HIV-infected patients, as many as 1,000 people could be saved each year. The waiting time for HIV-infected people would decrease, as would the general waiting list.

A California senator has called on the Social Security Administration to extend Social Security survivor benefits to all same-sex couples and their families. The senator wrote that access to these benefits can often mean the difference between keeping your home and losing it, or feeding your children and watching them go hungry.

The Centers for Medicare & Medicaid Services, a division of the Department of Health and Human Services, issued an official guidance that makes it clear that same-sex partners and others must be given equal visitation rights at long-term care facilities, regardless of their marital status. The new guidance will apply to all long-term care facilities that receive Medicare and Medicaid funding. This includes nursing homes and hospice facilities. The guidance also explicitly states that discrimination against the spouse or partner is prohibited.

A report released by the HRC indicates that American hospitals and clinics are increasingly committed to equality for their LGBT patients. The report shows that a record 718 healthcare facilities nationwide, including 121 veterans’ medical centers, have explicitly pledged themselves to equal treatment. This is a 153 percent increase in participation over last year, and the the number of VHA medical centers rose from just one participant to 121 out of 151.

The HRC has released the results of a bipartisan poll that shows that Virginians are generally supportive of LGBT equality. The new poll found that 55 percent, a strong majority of Virginians, support marriage equality. Virginians under the age of 30 support marriage equality at a much higher rate of 71 percent, showing the positive direction that Virginia is moving in. A third of Republicans also support same-sex marriage. Support for employment protections is also high, with 74 percent of adults, including 65 percent of Republicans, supporting legislation that would protect LGBT workers from being fired based on their sexual orientation or gender identity.

GLSEN and the Log Cabin Republicans are commending a Republican senator on becoming a co-sponsor of the Safe Schools Improvement Act. Senator Lisa Murkowski is the latest Republican to announce her support of the bipartisan legislation that would ensure that development of comprehensive anti-bullying and anti-harassment policies in schools nationwide include sexual orientation and gender identity. The SSIA is a zero-cost bill that would ensure the safety and well-being of all students.

With the recent strike down of DOMA, gay and lesbian Americans are now eligible to apply for green cards on behalf of their foreign national spouses. The executive director of Immigration Equality stated that many of their families have waited years or even decades for the green card needed to keep their family together. Couples can even submit a green card application if they live in a state that does not recognize their marriage.

A national coalition of LGBT rights organizations issued an open letter stating that everyone must be able to walk the streets without fear for their safety. Led by the National Black Justice Coalition and the National Gay and Lesbian Task Force, the letter demands justice for Trayvon Martin and for all people.

1 Comment on "Gayborhood News: The Good, The Bad and The Ugly"