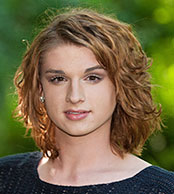 New York, NY – The Transgender Legal Defense & Education Fund (TLDEF) will hold a press conference on Tuesday, September 2, on the South Steps of the South Carolina State House in Columbia to announce the filing of a federal lawsuit against the South Carolina Department of Motor Vehicles on behalf of a 16-year-old gender non-conforming teen who was targeted for discrimination last March.  When he attempted to get his first driver’s license, Chase Culpepper was told by the DMV that he could not take his license photo unless he removed the makeup that he wears on a regular basis.

The suit – brought by Chase’s mother Teresa Culpepper on his behalf as a minor – asks the court to rule that denying Chase the freedom to wear his everyday makeup in his license photo constitutes sex discrimination and violates his right to free speech and expression under the United States Constitution. It also seeks a ruling under the U.S. and South Carolina Constitutions that the DMV’s photo policy is unconstitutionally vague, too broad, and lets DMV employees arbitrarily decide how a driver’s license applicant should look, without regard for the rights of the people they are supposed to serve.

WHY: “Chase Culpepper is entitled to be himself and to express his gender non-conformity without interference from the South Carolina DMV,” said TLDEF Executive Director Michael Silverman. “It is not the role of the DMV or any government agency or employee to decide how men and women should look. Chase should be able to get a driver’s license without being subjected to sex discrimination.”