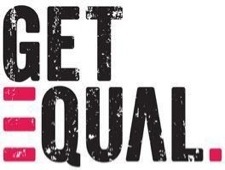 “I count Attorney General Cortez Masto as one of my very first mentors, having met her at the 2008 Democratic National Convention in Denver. I am deeply disappointed that she would take the positions she has in her vigorous defense of a law that I find discriminatory and against the ideals of equality this great country was founded on. For the Attorney General to equate marriage equality with bigamy and incest is not only jaw dropping, but it is also a personal affront from someone I thought understood that we, LGBTQ Nevadans, are just the same as all other Nevadans. We work hard, send our children to school and contribute to the health of our communities. To be lumped in with bigamists and sexual criminals by a friend is, to say the very least, heartbreaking.”

GetEQUAL is a national grassroots social justice organization whose mission is to empower the lesbian, gay, bisexual, transgender, and queer (LGBTQ) community and allies to take bold action to demand full legal and social equality, and to hold accountable those who stand in the way. For more information, go to www.getequal.org. You can also follow GetEQUAL on Facebook at www.facebook.com/getequal or on Twitter at www.twitter.com/getequal .