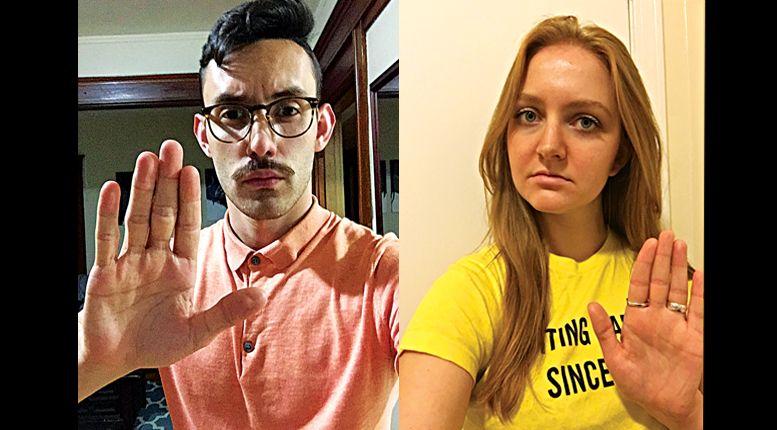 Violence against women is not just a women’s fight, but an LGBTQ fight too

The Dominican Republic experienced a national crisis in the 1950s that irrevocably changed the country and helped ignite an energized global awareness of—and revolt against—the oppression, violence, and disparities heaped upon women.

Minerva, Patria, and Maria Teresa Mirabal were three middle-class sisters living under the dictatorship of Rafael Trujillo, the Dominican Republic’s president whose rule extended back to 1930. Minerva, an aspiring lawyer, became the object of Trujillo’s obsession after rejecting his romantic advances at a party. Reportedly, he attempted to ruin her life, going so far as to ensure she would not practice law in the country and harassing her family.

The three sisters and their husbands mobilized against Trujillo, using all of their resources to stage a coup. They spoke out publicly and even orchestrated a failed assassination attempt.

On November 25, 1960, while attempting to visit their incarcerated husbands, all three sisters were detained by Trujillo’s secret police, beaten, and strangled. Their bodies, along with that of their driver, were placed into their jeep and driven off the side of a cliff.

Just six months later, Trujillo was ambushed and shot to death by several members of his entourage. His 30-year reign garnered him several enemies, but the murders of the Mirabal sisters were widely believed to be one of the catalysts for his assassination.

In 1990, roughly 40 years from when the Caribbean nation experienced one of the most intense periods of sociopolitical turmoil in its history, the United Nations (UN) formalized a campaign to end gender-based violence across the world. That year, the UN designated November 25 as the International Day for the Elimination of Violence Against Women, a global effort to raise awareness about gender-based violence. The murders of the Mirabal sisters, and the subsequent national and international repercussions of their deaths, made them martyrs and feminist icons.

In Massachusetts, a robust campaign to raise awareness about violence against women is currently underway and social media is being used as a platform to start dialogues about the issue.

The UN has designated the 16 days between November 25 and December 10, Human Rights Day, as a period for activists from around the world to bring attention to the issue of gender-based violence and raise funds for organizations that are devoted to ending it.

A social media campaign, “Orange Your World,” gives participants an opportunity to take a photo of themselves in orange, write 1-2 sentences about the issue of gender-based violence, and submit the materials to the UN.

In Massachusetts, the Latinx Action Group (LxAG) and College Democrats of Massachusetts, have solicited submissions for the campaign and are launching their own public education initiative.

The LxAG is a Boston-wide organization that encourages students of color to become more civically and politically involved. The College Democrats of Massachusetts has 20 chapters across the Commonwealth and its Women’s Caucus has played a leadership role in coordinating the campaign and partnering with the LxAG.

“We felt it was necessary that as an organization we [begin] to highlight the victims in our communities and begin to [educate] our membership across the state of the reality of this situation,” said Santiago Nariño, 23, who is executive director of the LxAG and president of the College Democrats of Massachusetts.

“This year we are hoping to do a social media campaign along with the pictures, educating people about violence against women,” he continued. “In addition, we are trying to work with two women’s groups in Boston, Mujeres Avanzando and the Brazilian Women’s Group, to engage them in education about violence against women and [inform] them about certain laws that are out there to protect them.”

“I discovered this campaign in the fall of last year while researching the Mirabal sisters … who are my role models and the reason I became involved in human rights advocacy,” said Katie Langford, assistant director for the LxAG, and a key leader in the campaign.

“I wanted to get the Latinx Action Group involved in this campaign because I wanted people to learn about the incredible story of the Mirabal sisters, and for us, as an organization catering to the Latinx community, to be a driving force in that. Additionally, the issue of worldwide violence against women and girls is a very serious issue that our organization had not engaged in yet.”

Langford said that the local campaign will also include a film screening of “In the Time of Butterflies,” a biopic of the Mirabal sisters, and an informational session on the 1994 Violence Against Women Act (VAWA), a landmark piece of federal legislation codifying the rights of women who’ve been victims of sexual and intimate partner violence.

The VAWA was signed into law by former President Bill Clinton in 1994. A bipartisan effort, the act provided funding towards the prosecution of domestic and sexual violence against women and established services and programs for victims of violence. The law was reauthorized in 2000, 2005, and again in 2013. The latest version of the act incorporated federal legal protections for victims of intimate partner violence in same-sex relationships.

“Domestic and sexual violence thrive on silence. It’s hard to believe that 40 years ago, we didn’t have words for what we’re talking about now,” said Toni Troop, communications director for Jane Doe, Inc. (JDI), a statewide advocacy organization and coalition devoted to supporting the victims of sexual and domestic violence.

Between 2014 and 2015, violent assaults against women increased by roughly 9.3 percent nationally, according to the Bureau of Justice Statistics. Troop says that awareness is pivotal to fighting gender-based violence and its prevalence.

“There’s a place for awareness campaigns,” she said, noting that JDI is heavily involved in a wide-range of initiatives to draw attention to gender-based violence. “We see the victim-blaming that happens. Awareness is critical.”

Laura Gomez, 20, of Boston, says that the “Orange Your World” campaign will go a long way in making others aware of just how common violence against women is.

“I truly believe the … campaign is extremely important because it deals with a topic that many remain silent about,” she said. “Having the photo of a person advocating for this cause makes the campaign and the statement that much stronger and personal.”

Twenty-one-year-old Martha Peña, also of Boston and a participant in the campaign, said that she witnessed domestic violence first-hand when she realized her aunt was in an abusive relationship.

“The husband that she had three children with beat her so bad that he even chipped her teeth,” she said. “She said that she thought she would die that day.

“Violence towards women is not just a women’s issue, this is a societal issue,” she said, noting that next year she will be working with survivors of domestic assault in Cambridge. “We need to ensure the safety of everyone especially women because the statistics are not in our favor.”

Established in 1858, the YWCA has been working to empower women and provide direct services to the victims of violence. According to Janice Valverde, communications and development director of the YWCA in Lawrence, Mass., the 87 local chapters of the organization served more than 156,000 survivors of violence in 2014. Currently, the YWCA is the largest provider of services for victims of intimate partner violence in the nation.

Sabrina Santiago, co-executive director for TNLR, said that while many may associate gender-based violence with intimate partner violence, it actually involves a wide spectrum of abusive behaviors and practices and is not solely limited to women.

“Violence against women is a serious issue,” she said. “Misogyny and gender-based violence such as sexual assault, rape, female genital mutilation, sexual slavery, forced marriage, and partner abuse are all serious issues to be addressed.

Toni Troop of JDI said that rates of violence amongst LGBTQ people is roughly the same as heterosexual, cisgender people, but that there is more underreporting.

“There are more barriers within the [LGBTQ] community,” she said. “We need to figure out how to reach this community and break down barriers to access and support.”

Transgender people are particularly singled out for violence, with 23 trans people across the nation being murdered in the first 11 months of 2016.

“It’s heartbreaking to think about how many trans women, particularly trans women of color, are murdered because of their identity,” said Troop. “This is the ultimate form of gender-based violence.

“They are challenging norms around gender and gender identity. We must stand with the trans community against not only these murders, but all forms of violence. We are them and they are us. We promote and participate in the Trans Day of Remembrance (TDoR) and encourage people to see the difference between the traditional, mainstream notions of violence against women and the reality of how gender-based violence plays out in all communities, including the trans community.”

From December 9 to March 1, JDI will hold a White Ribbon campaign to bring awareness to the issue of gender-based violence.

“[The campaign will be] looking at the root causes and asking specific questions about how traditional definitions and norms about gender contribute to violence,” Troop said.

Martha Peña acknowledged that globally instilling a sense of compassion towards women is impossible, but would be an ideal way to end violence. Ultimately, she believes that respect is pivotal to peace.

“A woman’s safety should not be a privilege. Instead, it should be a human right. Although we should be proud of our communities, we should also be critical and ensure the wellbeing of everyone. Women bring life onto this earth, we should appreciate their existence [in] the same way that they fill us with blessings.”