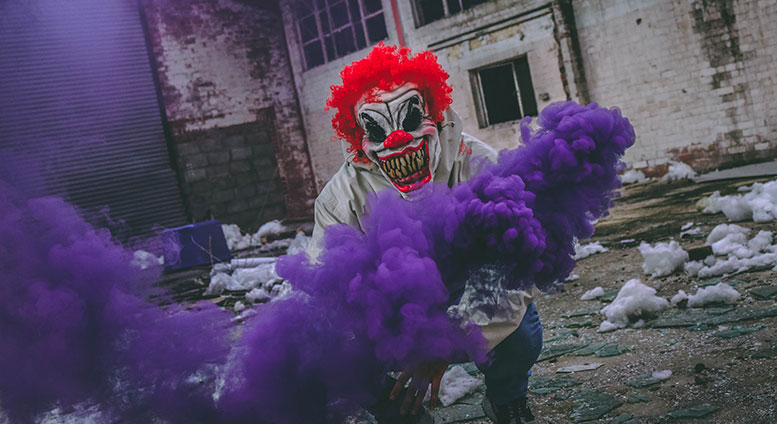 Guess what post-quarantine Halloween doesn’t have time for, queer boys and ghouls? Your BS

By: Mikey Rox*/Special for TRT—

The Ghosts of Halloween Costumes Past have spoken, and this go-round there shall be no sexy firemen, no sexy chefs, and abso-trickin’-lutely no sexy pirates, so help us God. That doesn’t mean you’re required to keep your shirt (or pants) on as you get down with the devil on All Hallow’s Eve, but let’s all agree to put the basic bitchness on the backburner for now, shall we? To that end, we’ve dug deep into the queer year’s most topical hoots, howls, and happenings to help you conjure up a skeleton’s-closet worth of fright night-spiration to make this Oct. 31 one for the (c)ages.

Lil Nas X kept tongues wagging all summer long as he dropped radio banger after banger, culminating in a crescendo of groundbreaking looks and appearances leading up to the release of “Montero,” the openly gay rapper’s debut studio album. To create one of the most iconic looks from the album’s promotion, which you can copy from X’s Instagram page, fashion yourself an exposed baby bump flanked by an all-over-print silk robe, white trousers, and neck bling to boot. For a wilder take, fully birth the concept and go as the bundle of joy itself, which we think probably shares partial DNA with “American Horror Story: Death Valley”s half-human, half-alien hybrid, Theta (Angelica Ross), but you can be the judge of that.

On October 1, LGBTQ+ corporate ally LEGO released the “Queer Eye” Fab 5 Loft building set, complete with Karamo, Jonathan, Antoni, Tan, and Bobby minifigures and show-staple accessories, like Tan’s clothing rack and Antoni’s kitchen island (where we’re sure he’s toiling over tiny culinary creations like fancy hot dogs and elevated grilled cheese – but we digress). Stay above our fray as you gather the squad to build a group ’fit that starts with generic mini-figure costumes, available on Amazon, that you can zhuzh up any which way you’d like to capture the essence of their decidedly dramatic and distinct personas.

‘The White Lotus’s Armond and Dillon

Start filling out your “Magnum P.I.”-era ’stache now if you’re planning this couples costume featuring “The White Lotus” ill-fated hotel manager Armond and his semi-willing butt buddy, Dillon, which requires more printed-pastel resort wear for the former than the latter. Play it any way you’d like for the party proper – without the lethal doses of coke, we hope – and then head home to reenact that instantly iconic sex scene set to the show’s sinister, anxiety-inducing tribal-music score. 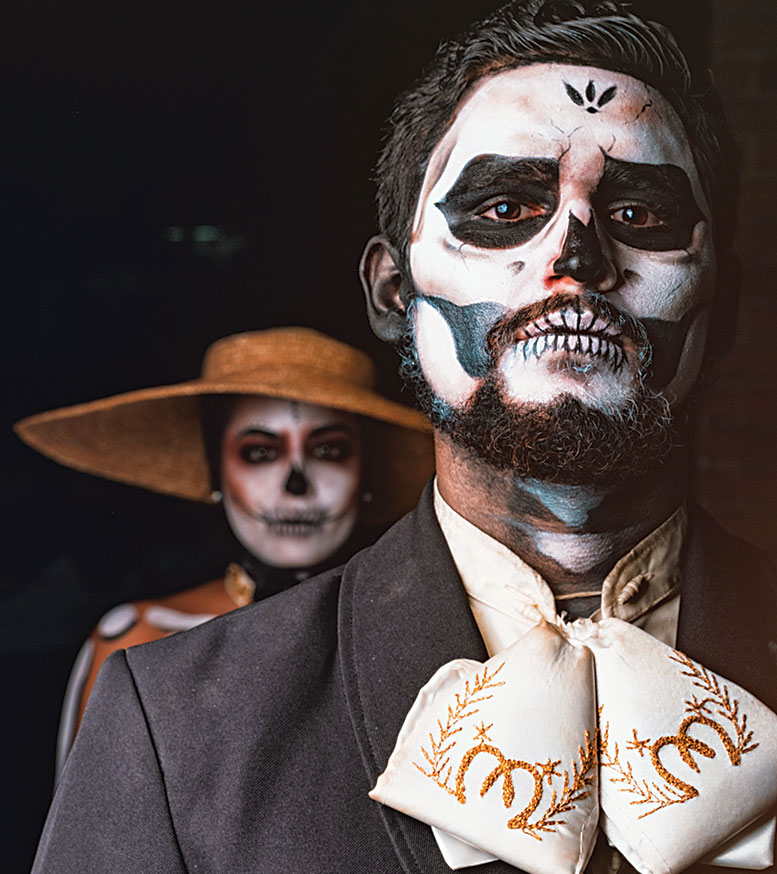 Want a foolproof recipe for Halloween thirst-trap success? Slip into a pair of snug Wranglers and dusty cowboy boots – shirtless – and stream on repeat country music duo Brooks and Dunn’s reinvigorated 1992 single “Neon Moon” (better known on TikTok as #TheSunGoesDown) through your portable Bluetooth speaker. You’re guaranteed to save at least one horse tonight.

The Iceberg That Sank the Titanic

Out comedian Bowen Yang gives us plenty of camp in the characters he portrays on “Saturday Night Live,” but none have gone over quite as well as his sassy personification of the iceberg that sank the Titanic on the NBC mainstay’s “Weekend Update” segment, which was likely a major tipping point in his nomination for the Primetime Emmy Award for Outstanding Supporting Actor in a Comedy Series this year – making him the first featured player on the show to receive such recognition. Recreate the costume by carving a large block of painted Styrofoam fitted to your head and complete the getup with makeup, turtleneck, and bedazzled thrift store suit in glacial tones, like white and hypothermia blue.

When Las Vegas Raiders defensive end Carl Nassib came out publicly in an Instagram story on June 21 – becoming the first active NFL player in history to do so – jerseys and T-shirts bearing his name were the top sellers among all league players at popular sportswear retailer Fanatics. Now that they’re back in stock, add one to your online cart, round up a helmet, pads, and a pair of cleats, and spring for the tight, white, standard-issue football pants (that you’ve always wanted anyway) at your local Dick’s. Jockstrap optional – but the players don’t wear one, so why should you?

Tim Drake, the third iteration of Batman’s legendary sidekick Robin, came out as bisexual in the August issue of “Batman: Urban Legends” (which sold out within days and required a second printing of the issue (#6), a rarity in the comic-book world), confirming what us queers suspected about the Boy Wonder all along. If you’ve never suited up as the Dynamic Duo’s swishier half, consider celebrating his recent addition to the LGBTQ+ community. The iconic character, now swinging around Gotham and both ways, is so ubiquitous this time of year that you’ll find his signature tights and mask anywhere costumes are sold.

Trying to save coin this spooky season? Slap on a Union Jack-plastered Speedo with a ball of yarn in one hand and a knitting needle in the other. Put some effort into it and you could have a handcrafted cock sock by the end of the night.

The Fagg@t from Matt Damon’s Mouth

We can’t say we were shocked (stirred perhaps, but not shaken) when Matt Damon revealed himself to be a dinner-table bigot after earlier this year he told the press a story about casually dropping the F-bomb over meat and potatoes with the fam (which apparently he had no idea was offensive until his own daughter schooled him “Good Will Hunting”-style), so it’s only fitting we give him the Halloween send-up he deserves. Let your interpretation of the faux pas run wild, but dressing up as Liberace-lover and common criminal Scott Thorson, whom Damon played in 2013’s “Behind the Candelabra,” is a solid jumping-off point.

Other Halloween considerations and understanding that others should have about “The Hidden Complexities of Being Trans and Closeted in Halloween.”

Tracy Young Makes Her Own Hits