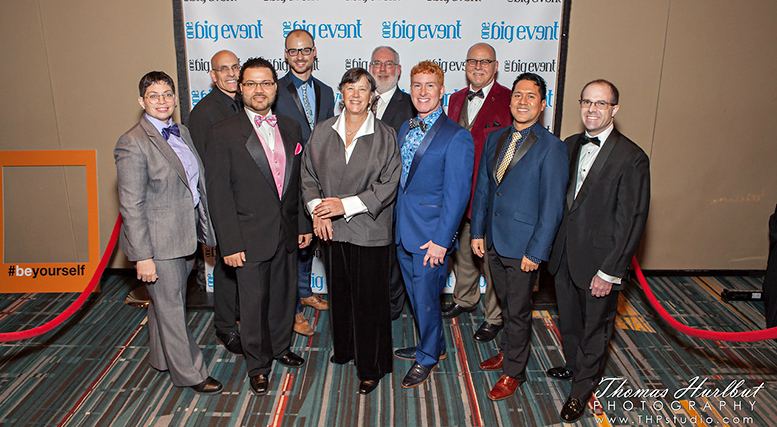 A look into the influential Hartford LGBTQ clinic

This November, the Hartford Gay & Lesbian Health Collective (HGLHC) is celebrating its 35th anniversary. Located in Broad St., near Trinity College in Hartford, CT, the Collective was founded on November 20, 1983, and has since served the city’s LGBTQ community by supplying medical care and working to increase access to other resources.

People are attracted to the organization, “because they figure we know what we’re doing,” said Director Linda Estabrook. “And … word has gotten out that you can come to us and we’re not going to judge you in any way in terms of behaviors, for example.” “The Collective primarily serves the Hartford area, but it also sees clients from other places,” Estabrook later said. “People come from New Haven, Bridgeport, eastern, western and northern Connecticut.” While the organization doesn’t offer mental health services, they make sure to refer clients to known LGBTQ-friendly clinics and doctors. In addition to offering services to members of the Hartford community and beyond, the Collective has also assisted other organizations in the area.

“The Collective really helped [us] get [our] start,” said Robin McHaelen, executive director of True Colors, a Hartford-based organization advocating for the rights of LGBTQ youth. “We’re 25 years old, and they’re 35 years old—when we first started, we [weren’t] incorporated and we didn’t have a 501(c)(3), and so they agreed to be our … parent organization, if you will … while we were getting on our feet. They really helped us get going as an agency.”

The Collective, “represents an ideal in nondiscriminatory health services across New England,” said Justin Zukowski, a client of the organization and the secretary of their board of directors. He discovered the Collective at the 2016 Hartford Pride Festival, after moving across the country. “I’ve stuck around,” he said, “to help further a mission 35 years in the making, one that Linda and the team have come to advance so flawlessly thus far.”

In many ways, the Collective became popular within the LGBTQ community via word-of-mouth. Estabrook highlighted that the Collective does not bill insurance companies to be as inclusive and accessible as possible. They do charge a service fee, but they do not turn patients away for being unable to pay it. “We’re a welcoming place for people where they can be themselves,” Estabrook continued.

She shared an anecdote in which a woman came for one of her routine mammograms with the Collective and found out she had breast cancer. Estabrook stated that the woman claimed to be too afraid to go to other non-LGBTQ-friendly clinics for fear of having to defend and explain her sexual orientation. And, the woman’s alleged fear was not unwarranted. Medical discrimination against the LGBTQ community is highly prevalent.

For example, in January, the Trump Administration announced the new “Conscience and Religious Freedom Division” unit of the Health & Human Services Department. The unit’s purpose is to protect religious freedom in the enforcement of laws and regulations. It has often been referred to by LGBTQ rights groups as a means of ensuring the denial of goods and services to LGBTQ people. Another important aspect of the Collective is its education and outreach initiative.

“Sexual health is very important, even though many people don’t like to talk about it,” said Dan Lupacchino, a client of the organization. “Having gone through various health classes in school systems and health centers, there was a major [lack of] LGBTQ-focused education … [on] sex, sexual health and wellness in general. Having a place [where] I have been able to seek [both] support, answers to difficult questions and a team of people really dedicated to creating [a] safe environment … as a gay man has been invaluable.”

“We have evolved to meet community needs … ”

Though quickly approaching its 35th birthday, the Collective continues to build on itself and improve as if a brand new organization. “We have evolved to meet community needs, continually adapting to changing circumstances,” Estabrook said in a statement issued to The Rainbow Times. “Our consistent availability and quality of service make us a mainstay for people looking for [a] connection to community.” “One example of that,” Zukowski elaborated, “would be [the] summertime Queer Prom… [The] recognition of the need in the community was realized into a safe place for local youth to enjoy themselves, evolving over the coming years to account for a tangential demand from attendees across the state.”

The Collective also helps unite the Hartford community by putting on one major event a year that helps bring LGBTQ Hartford citizens together.

“For our 20th anniversary, we wanted to do a big event,” Estabrook said. “We wanted to have some big celebration. It’s something we’d wanted to do for years.” After brainstorming, the Collective came up with the name “One Big Event” and began throwing a massive fundraiser party in the fall of every year. This year, it’s on October 20 at the Connecticut Convention Center in Hartford.

In the near future, besides continuing to help the Hartford LGBTQ community, the Collective plans to get more involved with the Getting to Zero project.

“That means zero HIV infections, zero [HIV] deaths and zero stigma, because there’s still a lot of [that],” Estabrook explained. To do that, Estabrook and the Collective hope to supply HIV-negative individuals with Pre-Exposure Prophylaxis (PrEP)—a medication that keeps patients HIV-negative—and to get every HIV-positive individual into treatment. “That would just be—‘amazing’ doesn’t begin to cover it.”

[Originally published in the August 2, 2018, issue of The Rainbow Times.]