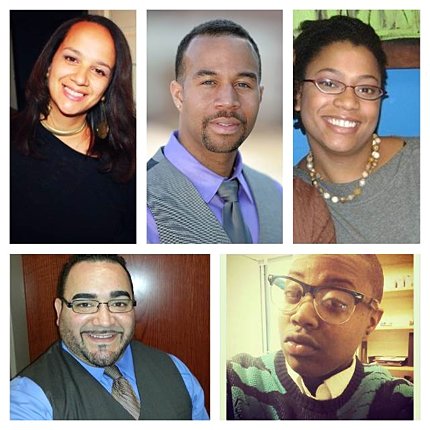 BOSTON, Mass. — The Hispanic Black Gay Coalition (HBGC) announced April 17 that it has added five new members to its board of directors. The expansion of the board represents HBGC’s commitment to having visible leaders and decision makers that are more reflective of the community it strives to serve.

In just four years, HBGC has evolved to become one of Boston’s leading LGBTQ organizations offering social support, health resources, and leadership development opportunities to Black and Latino/a LGBTQ individuals. By expanding the board, HBGC hopes to increase the capacity of the organization, maximize its impact and pave the way for future growth.

“Our newest board members bring unique skills to the table and an impressive track record for advancing LGBTQ communities of color,” said Joel Marshall, Chair of HBGC’s board of directors. “Those positive traits and energy will serve us well as we look to meet the needs of all Black and Latino LGBTQ people in Boston.”

Nichole Herring expressed excitement in joining HBGC’s board. “HBGC’s board is a way for me to be personally invested and involved with the services offered to LGBTQ people of color in Boston. I am especially excited to join such a diverse, passionate, and committed group. I can’t wait to see what we accomplish together,” she said.

The latest expansion brings HBGC’s total number of board members to ten. More information on HBGC can be found at www.hbgc-boston.org.