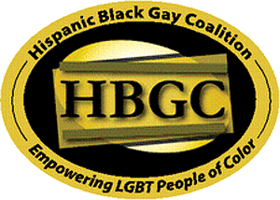 BOSTON, Massachusetts — The Hispanic Black Gay Coalition (HBGC) will host its annual cocktail reception and fundraiser on Saturday, November 17, 2012 from 6:30 to 10:30 p.m. at the Holiday Inn Somerville located at 30 Washington Street in Somerville, MA. The evening’s highlights include an award ceremony, silent auction, live entertainment by Mob Music and Sandra Rosado, Boston’s Queen of Latin@ Pride 2012, and a keynote address by Josiane Martinez, Executive Director of the Massachusetts Office for Refugees and Immigrants (ORI) and one of El Planeta’s most influential Latinos in Massachusetts. Advance tickets are $30 and $15 for youth under 21. Tickets can be purchased at wewearthemask.eventbrite.com

The masquerade-themed celebration marks the 3rd year the organization has worked to inspire and empower Black and Latin@ LGBQ/T individuals to improve their livelihood through activism, education, outreach and counseling. It is also an opportunity to continue to build community as well as raise the critical funds needed to sustain and expand the organization’s programming in the future.

In 2012, HBGC expanded its programs and services to continue addressing the diverse and intersecting needs of Black and/or Latin@ LGBQ/T individuals. New initiatives launched by HBGC over the past year include: entering an inter-agency collaboration responding to the needs of Black and Latin@ LGBQ/T survivors of domestic violence, establishing a Gay Straight Alliance (GSA) at the Jeremiah E. Burke High School, and creating a Women’s Council to increase the visibility and opportunities for Black and Latin@ LGBQ/T-identified women. HBGC also continued to host its informative and engaging community forums, like a seminar on adopting children as an LGBQ/T person of color, an advocacy and public policy day at the Massachusetts State House, and a panel discussion on Black and Latino representation in pornography.

In addition to reflecting on the organization’s growth, the upcoming reception will also honor those throughout the country and world who have made an impact within LGBQ/T communities of color.  This year’s James Earl Hardy Legend’s Award recipient is Frank Mugisha for his trailblazing leadership to decriminalize homosexuality in Uganda and across Africa. Wade Davis, Jr., a former NFL player who made national headlines earlier this year when he announced he was gay to Outsports.com and started working with the Hetrick-Martin Institute, an organization serving LGBQ/T youth in New York City, will receive the Audre Lorde Founder’s Award.

The Sylvia Rivera Community Award honors a local organization, program or business that has worked to empower LGBQ/T communities of color. The winner, selected by public vote, will be announced at the reception. The 2012 Nominees are The Theatre Offensive, Union United Methodist Church, Club Café, Oiste, and The Fenway Institute at Fenway Health.  Individuals can cast their vote online at hbgc-boston.org.

The Hispanic Black Gay Coalition (HBGC) works to inspire and empower Black and Hispanic/Latino LGBQ/T individuals to improve their livelihood through activism, education, outreach, and counseling.