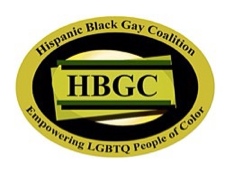 BOSTON, Mass. — The Hispanic Black Gay Coalition (HBGC) in partnership with the Urban League of Eastern Massachusetts, will host “Joining Forces to RESIST Gentrification” on Saturday, May 3, 2014 from 5-8 p.m. at the Urban League of Eastern Massachusetts located at 88 Warren Street in Dudley Square. This event will feature a screening of the documentary Flag Wars and presentations from local organizations on the impact of gentrification in Boston and what community members can do to preserve the culture of their communities.

Following the screening, speakers from local community based organizations invested in fighting gentrification will discuss the impact of gentrification in Boston, what they are doing to respond, and what others can do to resist gentrification and join campaigns to make a difference. Participating community organizations include: Urban League of Eastern Massachusetts’ Young Professional Network, Vida Urbana/Urban Life, Alternatives for Community & Environment (ACE), and Dudley Street Neighborhood Initiative.

The event is a product of HBGC’s New Leaders Institute, a leadership development program for Black and Latina/o LGBTQ youth that culminate in community-wide projects and events. The event is also an intentional effort to engage a broad range of community members with intersecting needs, build coalitions among social justice organizations, and create solidarity in combating social disparities and economic injustice in Boston.

“I was passionate about organizing an event on gentrification because it is something that many people who are a part of my community are concerned with regardless of sexual orientation, age, race, or other identities. I feel we can learn about our differences while working together to protect our community,” said Jordan Holmes, a participant in HBGC’s New Leaders Institute.

The event is free and open to the public. Those interested can learn more by visiting hbgc-boston.org or contacting Jordan Holmes at jholmes@hbgc-boston.org.

The Hispanic Black Gay Coalition works to inspire and empower Black, Hispanic, and Latina/o LGBTQ individuals to improve their livelihood through activism, education, outreach, and counseling. Learn more at: hbgc-boston.org or facebook.com/hbgcboston.