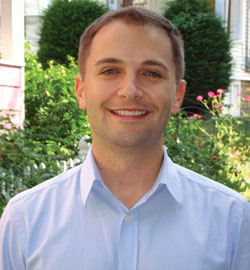 Here in Massachusetts, 44 percent of those living with HIV are 50 or older. Nationally, it is expected that by 2015, half of people living with HIV will be 50 or older―many of them gay or bisexual men. Meanwhile, approximately 17 percent of newly diagnosed HIV infections are Americans age 50 and older. [pullquote]This Thursday, September 18, is National HIV/AIDS and Aging Awareness Day, which aims to raise awareness of the fact that many people living with HIV are older, and that older adults are not immune to getting infected.[/pullquote]

Although there have been great advances in medical research during the past 20 years, there is still no cure for HIV infection. Lifelong treatment with antiviral drugs is recommended, and some health conditions, such as hepatitis C infection and certain types of cancers, are much more common in people living with HIV than in the general population, and the health consequences of these conditions often increase with age.

Like other seniors, many older persons living with HIV also have other common diseases―such as heart disease and diabetes. Living with multiple health conditions can be very challenging both physically and emotionally. In addition, even though we are now more than 30 years into the HIV/AIDS epidemic, people living with HIV are still subjected to stigma and discrimination in housing, employment, and personal relationships.

Few elder service providers, for instance, have much knowledge or experience meeting the needs of seniors living with HIV. Lack of current information about HIV and aging among staff or other older adults has the potential to lead to unfounded fears, stigma, and discrimination that can lead to social isolation of HIV-infected seniors. When you couple that with the stigma that some older LGBT people face when they move into senior living communities, it can be a difficult psychological burden. Education, together with access to medical care and other supportive services―such as transportation to providers―can help ensure that elder service providers meet the needs of seniors living with HIV. [pullquote]Here in Massachusetts, 44 percent of those living with HIV are 50 or older. Nationally, it is expected that by 2015, half of people living with HIV will be 50 or older―many of them gay or bisexual men.[/pullquote]

AIDS Action Committee works to ensure that LGBT people living with HIV can survive and thrive well into old age through its PALS program (Positive Living/Lasting Strength). Activities include weekly group exercise, nutrition workshops, and monthly forums on topics related to health and aging. But the program’s greatest strength may be that it simply connects older people living with HIV with their peers. It’s very important that anyone living with HIV, but particularly older people who may be more vulnerable to isolation, not feel that they are alone. We are also looking at ways to get effective prevention messages and education into the hands of older adults, who for lots of reasons might not see themselves as at being at risk or might be less concerned with getting infected with HIV.

The LGBT Aging Project, meanwhile, works with older LGBT adults and caregivers to ensure that they have equal access to the life-prolonging benefits, protections, services and institutions that the general population takes for granted. It consults with elder service providers on how to provide services to older LGBT people in a way that is inclusive and respectful. The organization also sponsors community programs that educate and engage older LGBT people so that they can connect with each other.

HIV and the risk factors for infection, know no age boundaries. HIV infection can occur in anyone who is exposed to the virus. Although many seniors living with HIV were infected many years―or even decades―ago, some older people are newly infected. Being diagnosed with HIV is still a life-changing experience. It sometimes leads to major life changes―negative or positive. Fortunately, after a period of adjustment, with appropriate education, support, and medical treatment, most HIV-infected persons can live joyful and productive lives.

*Carl Sciortino is the Executive Director of AIDS Action Committee. Lisa Krinsky, LICSW is the Director of the LGBT Aging Project, a program of The Fenway Institute at Fenway Health.