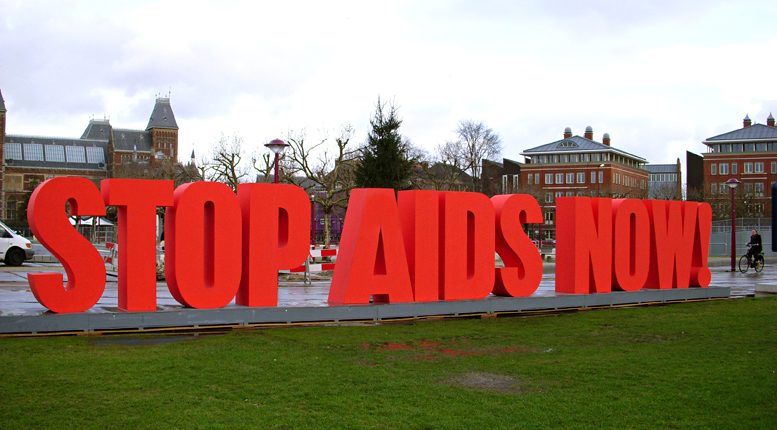 During the period from 2010 to 2015, the annual number of new HIV infections in the U.S. declined by about 11%, and the HIV transmission rate dropped about 17%, according to a new study from researchers at the University of Pennsylvania and the Johns Hopkins Bloomberg School of Public Health. However, despite this progress, the U.S. fell short of important goals set forth in the White House’s 2010 National HIV/AIDS Strategy (NHAS). The 2010 NHAS called for a 25% reduction in HIV incidence and a 30% reduction in the rate of transmission by the year 2015.

“The good news is that we appear to have made important strides in the prevention of HIV and the reduction of HIV transmission rates in the U.S.; unfortunately, these key gains only got us roughly halfway to the 2015 goal line,” noted Johns Hopkins’s David Holtgrave, one of the study coauthors. “After the release of the first NHAS, researchers cautioned that failure to expand diagnostic, prevention, and care services to necessary levels would result in underachievement on the NHAS goals for 2015. Our analysis suggests that is just what happened.”

The researchers used mathematical models to estimate HIV incidence and the rate of HIV transmission for 2015, and then used their estimates to calculate the change in these measures since 2010. This analysis indicated that the number of new HIV infections fell 11.1% from an estimated 37,366 in 2010 to an estimated 33,218 in 2010. During the same period, the HIV transmission rate – defined as the average annual number of HIV transmissions per 100 people living with the virus – declined 17.3% from 3.16 in 2010 to 2.61 in 2015.

“Our models indicate that the country’s incremental progress in reducing new HIV infections was not enough to achieve the NHAS targets for 2015,” according to the study’s other coauthor, Robert Bonacci of the University of Pennsylvania. “Going forward, as we implement the recently released updated NHAS for 2020, we must take a critical look at the past five years and apply the lessons learned to maximize the impact on our communities most affected by HIV.”

The latest Black AIDS Institute (BAI) annual report, Black Lives Matter: What’s PrEP Got to Do with It?, provides an in-depth review of HIV pre-exposure prophylaxis (PrEP) in Black communities. The 84-page report draws on information gathered during a dozen PrEP summits conducted by BAI and partnering agencies at sites across the U.S. during 2015. “The report examines where Black communities are in familiarity, understanding, knowledge, beliefs, access, and utilization of PrEP,” according to Phill Wilson, BAI’s president and CEO. In his introduction to the report, Wilson notes that, “What we’ve learned has been both exciting and sobering. When made aware of PrEP, Black communities all across the country are enthusiastic about getting more information about PrEP and committed to taking action to make sure it is available and accessible in our communities. Already, many Black communities are mobilizing to educate their constituents about PrEP and developing innovative strategies for promoting and delivering PrEP to those who need it most.”

“But these summits and the other research we conducted in the preparation of this report have also highlighted the many challenges we face in making PrEP available in Black communities,” Wilson continues. “Far too many Black Americans at high risk of HIV infection don’t even know about PrEP. And when they learn about PrEP, they don’t have a primary care physician and are uncertain about how to find a physician who can prescribe it. Too many health care providers who care for Black patients are unaware of PrEP, resist assessing their patients’ sexual risk or have moral judgements that hinder their ability or willingness to recommend or prescribe PrEP to their patients.”

The report concludes with a discussion of the following BAI recommendations for scaling up PrEP in Black communities:

Kaiser Tracks HIV+ People’s Experiences with the Affordable Care Act
The Affordable Care Act (ACA) has provided expanded health insurance coverage and options for millions of persons, including individuals living with HIV. To track the experiences of HIV+ persons with ACA, researchers from the Kaiser Family Foundation (KFF) and colleagues conducted a series of focus groups during 2014 and again in early 2016 with HIV+ persons living in the five states. The focus groups included persons who gained insurance coverage through either ACA health insurance marketplaces or Medicaid expansion in California and New York, as well as persons who remained uninsured – largely because they fell into insurance coverage gaps – in Florida, Georgia, and Texas. The results of these focus groups are summarized in a 22-page KFF issue brief, The ACA and People with HIV: An Update.

The researchers found that, between 2014 and 2016, the HIV+ focus group participants who gained insurance coverage under ACA became more familiar with and comfortable using their coverage and now used it regularly to meet their HIV care and treatment needs. “They reported that their health is easier to manage as a result of gaining coverage and appear better able to navigate using insurance than their 2014 counterparts,” according to the brief. “They have found relief and security in becoming covered.” Nevertheless some participants remained unsure about how to assess their plan options fully and relied on case managers to help them make enrollment decisions.

The 2016 focus group participants who live in non-Medicaid expansion states and remain uninsured reported that, although they can rely on the Ryan White Program to meet their HIV care and treatment needs, they have many other health needs that are unaddressed. Many said that they face substantial medical debt and struggle to make ends meet.

As in 2014, many of the 2016 focus group participants reported having close relationships with their HIV providers, and that maintaining these relationships is a key consideration when reviewing new insurance options. They also said that being able to choose which pharmacies provide their medications was important to them.

“The Ryan White Program continues to provide a crucial role in the lives of almost all the participants, especially the uninsured,” according to the brief. “Ryan White clients were enormously grateful for the program but like Medicaid enrollees, faced challenges around recertification time.”

“Taken together, these findings suggest that insurance coverage is becoming more of the ‘new normal’ for those who are able to get coverage, though challenges remain in understanding how coverage works and meeting all of their care needs. For those who remain uninsured, it is clear that Ryan White functions as their lifeline.”

CDC’s recently launched HIV Risk Reduction Tool is an online resource designed to bring together all of the agency’s HIV prevention messages for different populations. With this interactive tool, users can compare the risks of different sexual activities and see how particular prevention methods – such as the use of condoms, PrEP, or antiretroviral treatment – and risk factors can affect the risk of HIV transmission. The tool also allows users to:

“The tool is especially timely given CDC’s recent data release that noted 1 in 6 gay and bisexual men, 1 in 2 Black gay and bisexual men, and 1 in 4 Latino gay and bisexual men will be diagnosed with HIV during their lifetime if current trends continue,” noted David Purcell of CDC’s Division of HIV/AIDS Prevention. “By enabling people to understand and reduce their risk of acquiring HIV, the tool has great promise, made more so by the plan to systematically update it.”

National HIV Testing Day is an annual observance to promote HIV testing in the U.S. The 22nd annual HIV Testing Day will be held on Monday, June 27. As in recent years, the theme for the 2016 campaign is “Take the Test, Take Control.” To help you, your patients or clients, and at-risk communities prepare for and mark the day, we’ve compiled an annotated list of online resources focusing on HIV testing.

HIV Testing. Fact sheet from AIDSinfo with information about testing in a question-and-answer format. Also available in Spanish.

HIV Testing in the United States. Web page from the Kaiser Family Foundation.

HIV Screening and Testing. Web page from the Centers for Disease Control and Prevention (CDC) with links to many resources, including guidelines for HIV testing in clinical and nonclinical settings, HIV laboratory testing and reporting of test results, and HIV testing of donors of blood, organs, and other tissues.

“I’m Doing It.” CDC has developed an extensive and growing body of materials for this HIV testing campaign, including videos, posters, palm cards, and banners featuring celebrities, community leaders, and volunteers.