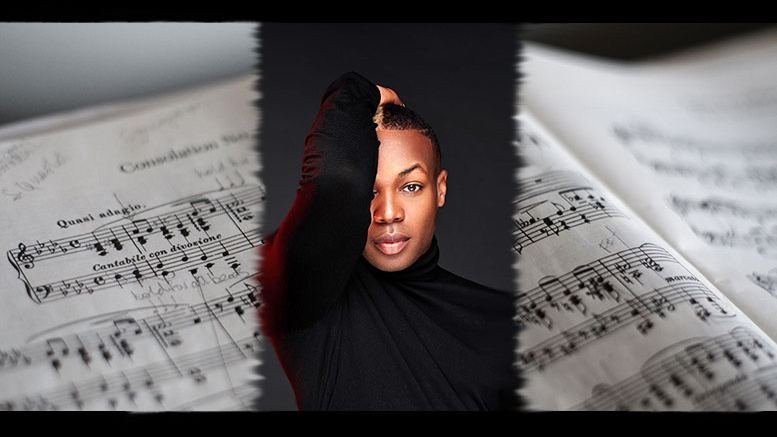 With its spring concert, “Raise You Up,” the Boston Gay Men’s Chorus (BGMC) will entertain with music from “Kinky Boots,” Christina Aguilera, Whitney Houston and the choral theatre piece “Seven Last Words of the Unarmed” and its companion piece “Glory” from the film “Selma.” Multi-talented singer, rapper, actor, director, choreographer, and YouTube personality Todrick Hall will join BGMC’s 200 members as a special guest.

The first half of the concert showcases Atlanta-based composer Joel Thompson’s stirring “Seven Last Words of the Unarmed,” which uses the text structure of Joseph Haydn’s “Seven Last Words of Christ,” to give powerful voice to the final words of Michael Brown, Amadou Diallo, Kenneth Chamberlain, John Crawford, Eric Garner, Oscar Grant, and Trayvon Martin—black teenagers and adults who died at the hands of police or authority figures—inviting reflection on their humanity, their value, and the tragedy of lives lost too soon.

The second act of the concert, which is at New England Conservatory’s Jordan Hall March 16 and 17, will feature solo and joint performances by Hall, the entertainer, director and choreographer known for a star-making turn on “American Idol,” his inventive YouTube presence, and his starring Broadway roles as Lola in “Kinky Boots” and Billy Flynn in “Chicago.” Hall and BGMC will perform selections from “Kinky Boots,” and celebratory, affirming pop anthems made famous by the likes of Whitney Houston and Christina Aguilera.

BGMC Music Director Reuben M. Reynolds III discussed the inspiration and impetus for “Raise You Up” in a recent interview.

Q: “Seven Last Words of the Unarmed” is an intense and eye-opening piece of music. The last words of each of these men tell such revealing stories on their own: “Mom, I’m going to college.” “You shot me!” “It’s not real,” and so on. Taken together, the weight of tragedy is almost too much to bear. How did you come to include this piece in “Raise You Up”?

A: I’ve been so active in the gay rights movement for years, but this would never have been possible without the work that was done in the sixties for racial equality. We build up to “Seven Last Words of the Unarmed” with a series of songs and one of them is a wonderful South African piece that talks about how it takes a whole village to raise our children. I think about these seven black teenagers and men who were shot down. We as a village failed them. It’s not just the fault of the person who pulled the trigger. We all failed them because we allowed a system to stay in place that allows this to happen.

Q: The LGBT movement was inspired by the civil rights movement, but why is it important for the chorus to speak to this overlap?

A: Well, the fight for equality never ends. Anytime one person’s rights are trampled, for whatever reason, everyone’s rights are trampled. At the same time, any time one group takes a step forward, we all take a step forward. So we’re all in this together and by telling our stories through song, we keep them alive. At this point, “Seven Last Words” has been performed by six or seven gay choruses and it premiered in 2015 by the University of Michigan Men’s Glee Club. From that performance through to all the others since audiences have responded enthusiastically to the piece. It’s really just incredible.

Q: Will the illustrations by Iranian-American artist Shirin Barghi, which inspired composer Joel Thompson to write the piece, figure into the performance?

A: We’re actually reproducing the artwork to be used onstage during the concert. It will be projected on the walls of Jordan Hall on either side of the Chorus.

Q: Can you talk about the other music in the show’s first half?

A: The opening piece is a wonderful combination of “Never Get Lost” and “Take Me To The World” by Martin Blitstein and Steven Sondheim. They’re gorgeously romantic songs that let the audience know we’re about to embark on a journey.

Q: Where are you taking them?

A: To a celebration of equality. We’ll do “We Sang Our Songs” by William Grant Still, the first widely recognized African American classical composer. He performed with the New York Philharmonic and wound up going out west and writing music for movies. His wife Verna Arvey was a concert pianist and journalist and she wrote the text. The song is about how the fight for equality never ends and the need to keep telling stories: “We have sung our songs so that you can sing yours. We fought and you have to continue to fight.”

The song was written for the Fisk Jubilee Singers, a group that was formed in 1871 to tour the country to raise money for Fisk University in Nashville, which is one of the first historically black colleges. The Fisk Singers popularized the Negro spiritual tradition among white audiences at the time because those songs weren’t previously sung in public. The ensemble continues to this day and is still made up of Fisk students.

Q: Will you perform the songs as the Fisk Jubilee Singers would?

A: We definitely didn’t want to try to perform these spirituals in a historically authentic manner. We’re a predominately white chorus and it would have too easily been seen as cultural appropriation when our goal is to pay homage. So we drew on source materials and our assistant music director Chad Weirick created new music for the pieces with big arrangements. For example, we have five string players and Chad wrote parts for them that approximate the flowing sounds of a river for “Deep River.”

Q: Tell us about the second act and the one-and-only Todrick Hall?

A: The second half takes a whole different turn. Todrick does a solo set onstage for about 20 minutes. Then the chorus returns and we do two wonderfully inspirational songs, “Beautiful,” by Christina Aguilera, and Whitney Houston’s anthem, “I Wanna Dance With Somebody.” It’s just so uplifting and it really will raise you up.

A: We end with music from “Kinky Boots,” which was scored by Cyndi Lauper. Todrick will sing “I’m Not My Father’s Son,” in which the main character, Lola the drag queen, wrestles with failing to live up to his father’s ideals. Then we’ll sing “Raise You Up/Just Be,” the “Kinky Boots” finale. The story of “Kinky Boots” is how this little shoe manufacturer in England stays in business by making giant thigh-high boots for drag queens. So the finale of our show is all these guys in leather thigh-high high heels dancing. I’m going to have to take an insurance policy out!

A: The guys are so excited about it. I think the program as a whole shows so much hope and so much joy. It acknowledges all of our racial strife but also that there is beauty in the world for all us—and we can use it to make change.